Why I Am Setting Up YINKA QUADRI School Of Arts 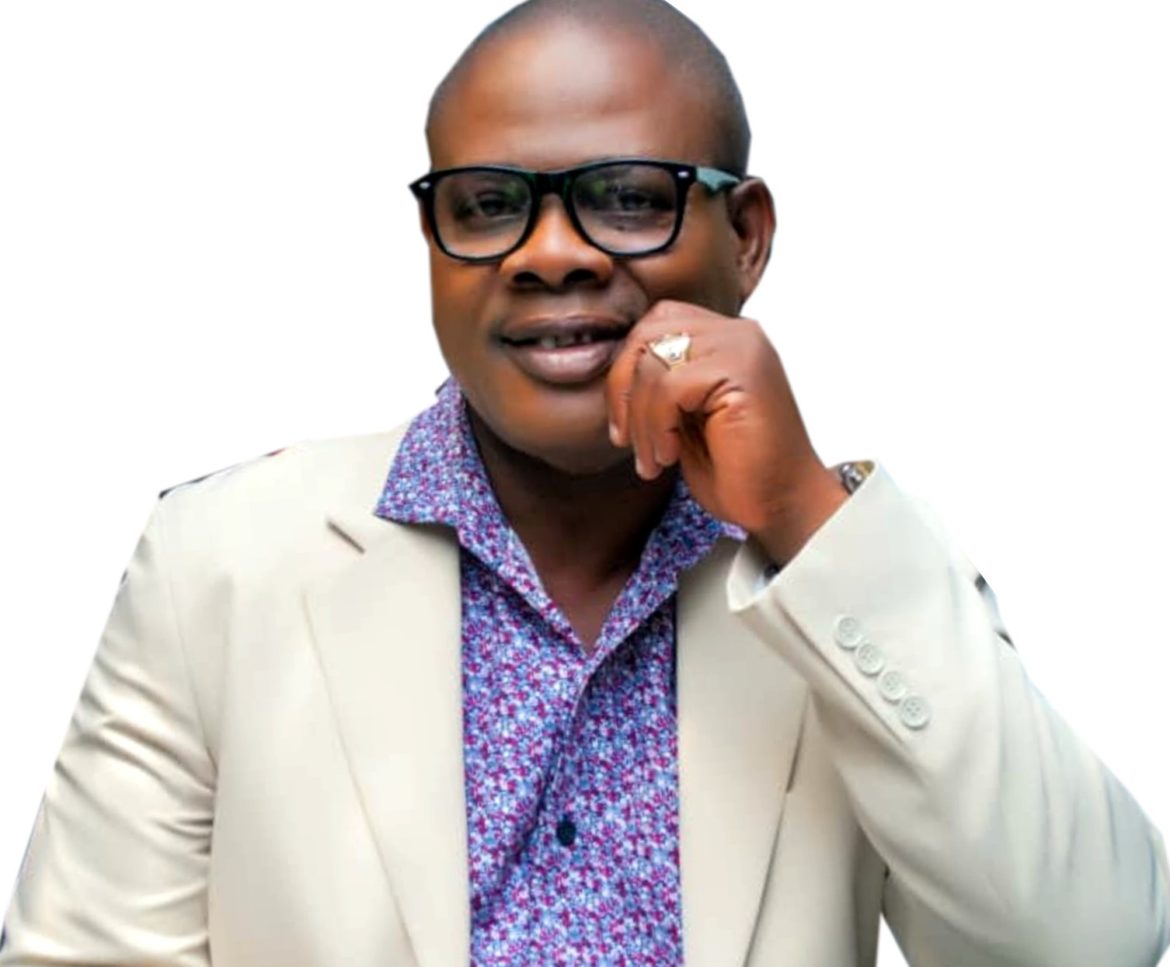 Alhaji Ganiu Akanni Olayinka Quadri, popularly known as Yinka Quadri is a renowned actor in the Yoruba movie indutry. He is also a director, producer and motivational speaker. He is one of the co-founders of Odunfa Movie caucus. He will be 60 in a few weeks time. He was born on September 6, 1959 in Lagos Island, Lagos State, Nigeria. But he is a native of Oro in Kwara State.

Yinka Quadri attended St. Catholic School, Idumagbo, then proceeded to Christ High School, Ebute Elefun, Lagos. He was trained as a dramatist and performing artist and obtained the certificate of professionalism in Theatre Art Practitioners. He started his acting career in 1976 and has featured in over 1000 movies and still counting. He has won several awards home and abroad. The multi-talented actor, as part of his 60th birthday celebration, has decided to inaugurate his own school to be called Yinka Quadri School of Arts. A few weeks back, he was our guest at the City People Movie Roundtable during which he talked about his decision, He also spoke about what it takes to be a good actor. All these he discussed with City People Team in this exclusive interview. Below are the excerpts.

You happen to be one of the finest versatile veterans in the industry, how do you manage to interpret all your roles so perfectly?

Thank you so much, like I earlier said, when God says yes no one can say no, I never knew I will become this big in life, it is what God has destined me to be. Our destiny is different from one another. I happen to come from a rich home, and I had everything at my disposal. After my father’s death, I could still boast of 5 different houses he built and left behind just in Lagos alone. He died in 1994 and left lots of properties both in Lagos and in Kwara State. When I was younger I was living in a 4 storey building flat. We occupied the first floor, with some members of C & S, they are prayer warriors, they occupied downstairs and they had a son, that we were age mates, and we are friends. Once they start their services, I join them immediately so I learned most of the Christian stuff from them if you see me on screen playing a Christian role and interpreting the role so well, that was where I learnt it. Secondly, acting requires interpreting roles perfectly. When I am given the role of a doctor, I just think about the fact that I visit my doctor most times, and I know how he behaves. Then acting the role of hoodlum or gangster in movies is also easy because of the environment I grew up in at Lagos Island (Isale Eko) and Oko Awo. They display Eyo Festival right in front of me and other stuff but thank God, I didn’t take the stealing habit. So that is why it is easy for me to act the role of a thug in a movie.

Then naturally, I am a Muslim, so it is easy to act the role and anything relating to the Islamic religion. Lastly, when we started theatre, if you don’t know anything about tradition then you are not ready for acting, so you have to learn everything that relates to the culture and tradition of our society. There was nothing like modern drama back in the days, so if you can do all the traditional aspect of drama, then you are an actor.

If you look at our legends such as Hubert Ogunde and the rest, you will understand the traditional aspect I am talking about. And moreover, I have a strong passion for what I am doing, so I put my heart into all I do, so I keep learning every day as the day goes bye.

How do you juggle everything, being a father, husband, a boss, and your acting career?

The only thing I keep asking my fans is their prayers, I don’t do anything extraordinary to juggle all these together. I will also use this opportunity to advise my colleagues in the industry, both my seniors, contemporaries, and juniors, to always check themselves healthwise. It is not easy doing all these at the same time, and that is why it is very important to always go for checkup. I checked my BP and Sugar level before leaving the house this morning. Once I am done with all I came here for, I have an appointment with my doctor because I have overstressed myself this past few days. If there is anything I hate doing it is to disappoint people. I will rather displease myself to please people. I always keep my word. Once I give a particular date for an appointment, I keep to it. I don’t play with my doctor and my medication. I am not trying to run anybody down in the industry, but most of my colleagues have a non-challant attitude towards their health issues and I will urge them to change.

Why are you inaugurating a new movie school on your birthday program coming up in September considering you are a co-founder of Odunfa caucus?

Thank you very much for that question, I have been expecting the question. Like I earlier said, the ceremony coming up is not really a birthday celebration, it is actually the Inauguration of Yinka Quadri School of Theatre Arts at 60. That I am turning 60 years is by the grace of God, so what will be my legacy at 60 years? What do I leave for my kids and the young ones coming up? To God be the glory, I am a co-founder of Odunfa Caucus, and I am referred to as Chairman there, though lots of things have happened and we have been through a lot of ups and downs, which is normal. As a leader of any society or group will go through a lot. So many things will be said about a leader. A leader will be insulted in so many ways.

It is only the chosen leader by God that will understand or have the wisdom that it is not everything he hears, that he will react to. Look at the time Odunfa was created, the people we started together and people that passed through Odunfa caucus as at today, many people have broken away from us. Lots of people are in the caucus for different reasons and motives, some are there because of Abbey Lanre, some for Ogogo and some for me. So as a leader you need to apply wisdom to bring everybody together because lots of gossips and issues will surely come up, that is why I said leaders are created by God because it is only a God-fearing leader that will still be able to unite everybody. At times you will hear stuff about yourself, you will want to commit suicide. At times, lots of negative stories you don’t know anything about will be spread about you, if you laugh too much, they will say you are making jest too much. If you frown they will still complain, a leader is expected to just keep tolerating everything. When any other person does something bad, it is okay, once it is the leader, then, there is a problem. As a leader you have to tolerate 90 percent of everything, then probably complain about just 10 percent, otherwise, there will be a problem. To cut the long story short, when God created Odunfa caucus, we used to meet as friends because I had my group before Odunfa caucus. Same applies to Ogogo and Abbey Lanre. Late Rebecca Adebimpe whom many know as Bimpe was directly under me. She trained under me for 4 to 5 years even though, we were all under Odunfa.

Though, it is not everybody that passed through Odunfa that are big stars today, because lots of people passed through Odunfa caucus. People that passed through Odunfa and are practicing till date, can’t be less than 400 people. So this is what I now thought of, that if I just decide to celebrate at 60 years and not do this, it’s just as if, I don’t know what I am doing. It was God that made Odunfa an Institution. To us, it was just like a child’s play. So this was what I thought about and decided to set up my own as well, and turn it into a school and register it as well.

I am fortunate to be a Nigerian, so this is my own little way of paying back the society for all the good, they have done for me.

Will setting up the school, not affect Odunfa caucus?

No, it won’t, because, we have been doing this for long, and individually we have our personal companies. And anybody is free to do the same in as much as I have discussed it with my colleagues and they are fine with my decision. So, whoever is in Odunfa, and decides to remain there till graduation, it is okay. Yinka Quadri School of Arts is opened to the whole world, so it won’t affect one another in any way.

Why I Am Setting Up YINKA QUADRI School Of Arts was last modified: September 6th, 2019 by City People