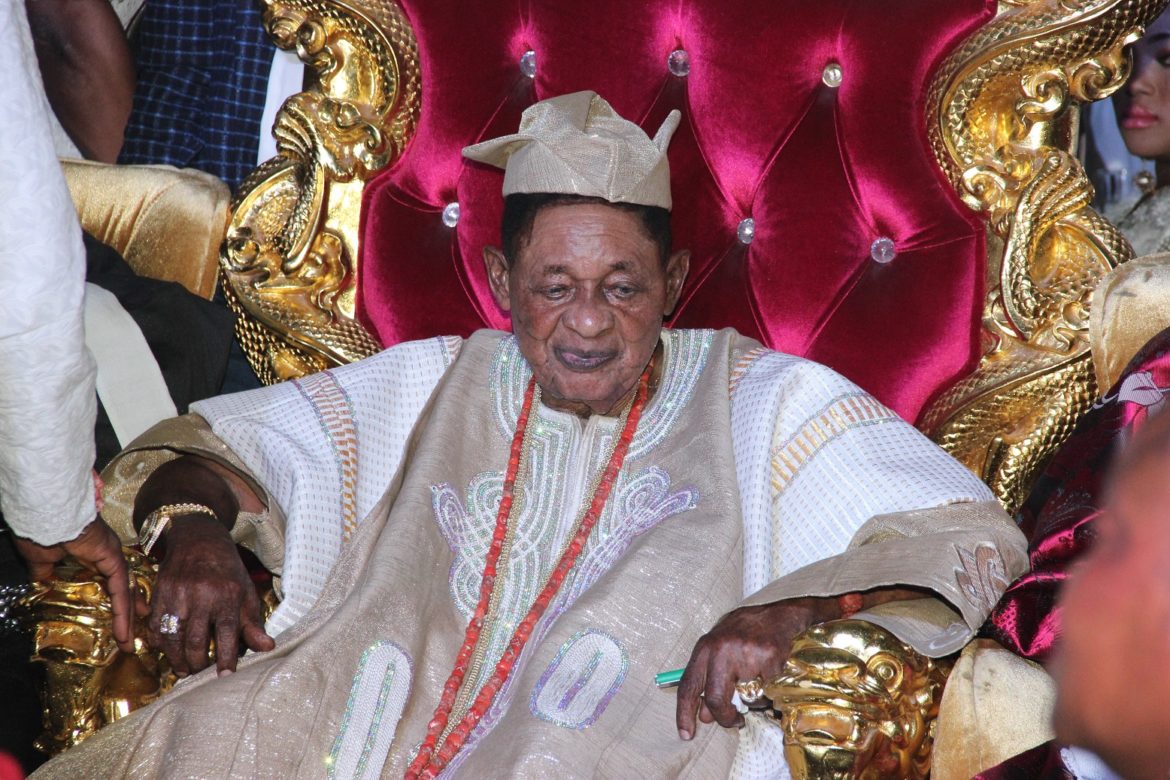 The Alaafin of Oyo, Oba Lamidi Adeyemi has described the newly installed Maiyegun of Yorubaland, King Wasiu Ayinde Marshal as a resolute and articulate fuji artiste who has used his craft to promote unity and conserve decency.

He made the statement at the installation ceremony of K1 the Ultimate as the Maiyegun of Yorubaland on Monday, January 20, 2019 at the ancient palace of Alaafin in Oyo

We thank God that after 11 years, we are finally here to give what is well deserving.

In the early days in Yoruba, there have been many musicians who have been able to pass a message and challenge the government through their music. They would articulate the position and demands of the common man through their music. This is why we classify musicians as also been part of the 4th estate of the realm because they expose the weakness of every government. When he’s doing well, the musician will pray for him, when the government is doing bad, the musician will criticize them.

It is sad, that today, we have lost the touch of the true expression of music as most of the music artistes we have today misbehave and promote indecency.

It is not only musicians today, as we also have some royal fathers who have desecrated the highly revered title of Obaship and act disproportionately to abuse the royal title.

How can a traditional king go outside to drink and smoke? What precedence is he laying? How can the government listen to such kings? Any king who goes out to smoke, drink or club is not fit to be called a king.

Even in the music industry, there are very few musicians who still exude decency. They are very few and they are in the South-West.

There are some people whose essence of creation is to add spice to our lives, that make life peaceful. Just like the title MAYEGUN. So, who can be referred to as MAIYEGUN? The person who will unite the world, bring love and peace.

The Maiyegun journey of 11 years for Olasunkami is a tough one. Every time he waxes record, I will listen and analyze the content. I will listen to the beat, the words, and will separate both.

If you notice, Oladunkanmi’s voice usually blends with the beat. He always syncs with his band boys.

You see when God loves you. He positions you to where the world will notice and celebrate you. K1’s case is not different. Look at IK Dairo, he was honoured in the UK with MBE, (Member of British Empire), you will wonder if the white listens to IK Dairo or understands his message.

These musicians are no longer entertainers; they have become the spice of the world. They make us happy. So I pray for you, Olasunkanmi, you are blessed. Your star will not perish.  You shall excel. You and your wife will grow old together. For as many of us that came to celebrate with Olasunkanmi, you shall all be blessed. Your ways are secured. Your family will not cry over you. You will not regret coming here today”.