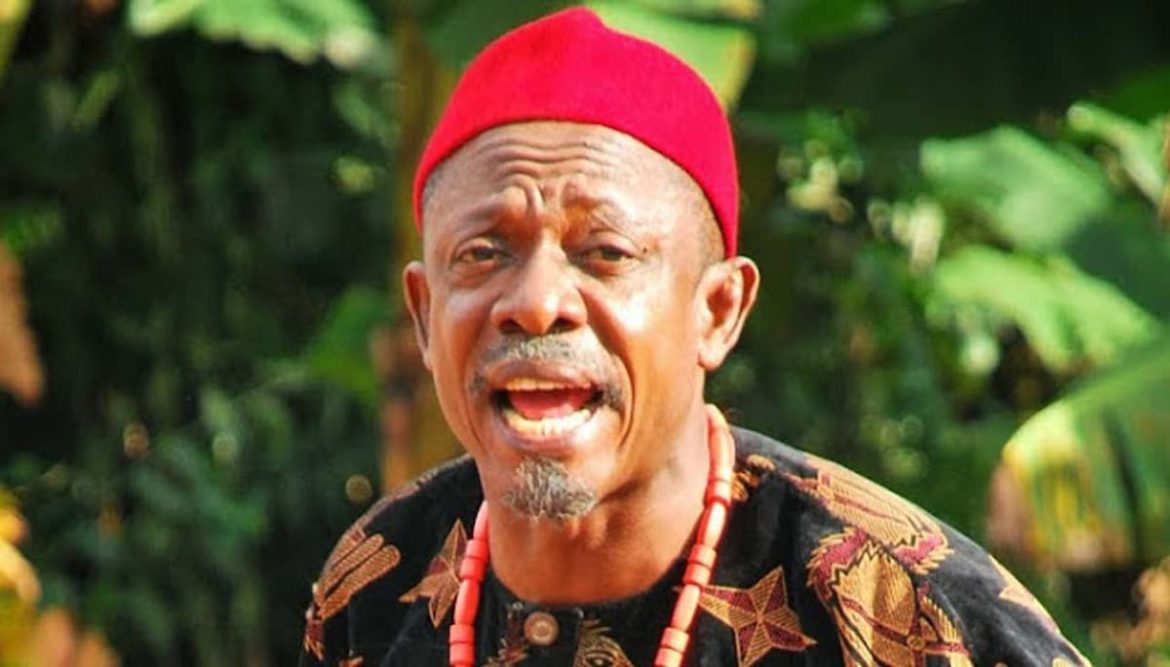 Multi-talented actor Nkem who is popularly known as Osufia and is one of the highest-paid movie stars in the industry. This actor fits naturally into most of his roles and always making fans beg for more. He was born in Udi town in Enugu State had his primary and secondary education there before proceeding to the University of Ilorin where he studied Electrical Engineering. In the course of his studies, he began acting and landed several movie roles and television series when Nollywood was in its formative years. He had his major break in acting when he featured in Chinua Achebe’s Things Fall Apart, People love Nkem Owoh for his different roles in lots of blockbuster movie. Many can never forget him for his role in the movie titled “Ukwa”, while some other persons will tell you they love his role in 2003 movie titled “ Osuofia in London” which also received worldwide recognition. It is also believed that it’s this movie that increased his rating in the movie industry. This talented man is just not an actor but a producer, comedian and musician. He is very funny, hilarious and an interesting character to watch in movies for over 3 decades, he acts mostly comedy movies or the role of a wicked man in several movies. He joined the industry in the 90s and became a global figure after featuring in the award-winning multicultural movie Osuofia in London. he also released an album “I go chop your dollar” in 2007, he is one actor many love to watch all over again in movies, he is happily married and his marriage is blessed with two grown-up daughters. He had a chat with Igbo TV where he talked about his journey into the movie world and what makes him different when it comes to role interpretations, below are excerpts.

I never thought of acting, l would say acting to me was a gift, it just came right from my early stage of life, I was into lots of things back then it was believed that everybody in sciences we’re the brilliant one’s so I left everything that has to do with arts to creativity in my heart. I was just pursuing sciences but I discovered that no matter how I try to push it away, I mean the gift of acting, it just keeps coming back to me, just the expression I give, people laugh about it so at the end of the day the comedy aspect of me came naturally for me so I would say acting was not something I planned for, it just came naturally.

Which of your movies would you say shot you to limelight?

I think am not in the best position to answer that question myself because people love me for different movies I have done, some prefer Osuofia in London, some love Ukwa, while some people would say oh they love Omuogwu, the one I acted with Patience Ozokwor, so I can’t even say or tell anybody this is it but all the same I can tell you the one I enjoyed most economically (laughs!!!) The ones that sent me straight to the bank are the ones that attract me mostly such as Osuofia in London which is a cross-cultural drama. I like to do things very challenging. Apart from that, there is a film I did once when I was younger, it was a story that was told to me by my grandmother, so when someone brought the script that was similar to that, I loved it. I acted the lead and it was titled The King of the Jungle, I had so much attachment with that particular movie mainly because of my grandmother but I don’t know if it made it economically.

How true is it that you don’t go by scripts but interpret roles your own way?

You see when you are acting drama and you are advancing in films there are certain things that just start becoming part of you. I believe script is a guide, I interpret it in my own way, what I need is essence or the concept you want to send across but at the same time, if I interpret it my own way and you don’t like it, you can bring your own except when it becomes obscene, that is only when I will say no but once it’s within my comfort zone, it’s fine by me.

READ ALSO: REVEALED! WHERE THE BILLIONAIRES LIVE IN KADUNA

Why I Don’t Go With The Scripts To Interpret Roles – Star Actor, NKEM OWOH was last modified: June 22nd, 2020 by Biodun Alao