Why I Dumped 3 Parties To Join ZENITH Labour Party 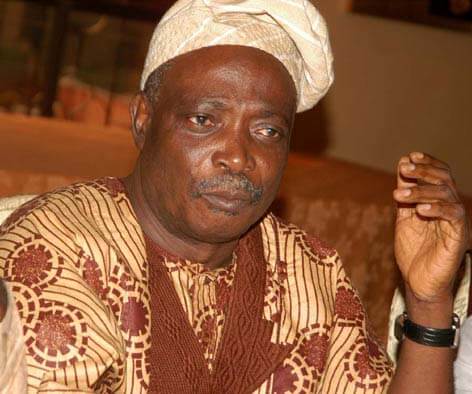 It is no longer news that the former governor of Oyo State Senator Rashidi Adewolu Ladoja has dumped one of the main opposition parties in the state, the African Democratic Congress (ADC) to join Zenith Labour Party. Neither it is news that Ladoja is now working towards fulfilling the guber ambition of one of those believed to be part of his former party’s many problems, Barr. Sarafadeen Abiodun Alli. Alli, a former SSG under Ladoja, was one of those who instigated court case against ADC in connection to the emergence of the party’s guber candidate (though Sarafadeen has discontinued the charges since he has dumped the party to emerge the guber candidate of ZLP).

But what has however left many political juggernauts in the state as well as Ladoja’s supporters worried is how he has criss-cross between 3 political parties within a short period of time. Don’t forget that Senator Ladoja dumped PDP for Accord to contest 2011 guber election against his former Deputy, Otunba Adebayo Alao-Akala who was then the incumbent governor (unfortunately they both lost to the current Governor Abiola Ajimobi).

Ladoja left the party due to what he described as “high level impunity”. But sometimes in August 2017, he returned back to PDP and about a year he was out again to join ADC. Surprisingly, Senator has again dumped ADC to pitch his tent with the former Ondo Governor, Dr. Segun Mimiko’s Zenith Labour Party.

To some, this move by Ladoja is nothing but a political sucidal for a high ranking politician like Ladoja to have committed; they believe his recent political movements have stripped him of larger number of his followers. But inspire all of these, Senator Ladoja is ready to tell whoever cares to listen that he is still a force to be reckoned with in Oyo politics. He has insisted that nothing has been taken off his political sagacity and popularity in Oyo State  among the electorates.

He believes strongly in his ability of building a small political party to something (as he has evidently done with Accord), and that was exactly what he demonstrated during a political program on a popular radio station recently, hosted by Mayor Isaac Brown. Political Circuit has been a platform for politicians across Oyo State and indeed South West to sell themselves and what they have to offer the people.

In the course of the program when Ladoja was asked what is responsible for his recent political moves, his answer was philosophical enough to buttress his point. “Like the Yoruba adage which says, ‘bina o back tan Paso, eje ki tan lekana’. We are still looking for good governance, that is what I can say. Because people make parties not that parties make people. It is the people in a political party that make what the party is. Under Ahmed Makarfi, the PDP was a very strong and reliable party. But when the new administration came on board, they became not as open, not as cooperative and not as sincere as the Makarfi’s led administration. And the fact that I am the owner of life, owner of my destiny I know what I want; particularly I know what I want for the people of Oyo State. So I decided that since that was not going to be realised in PDP, I left. That is why I said it is the people that make a party.” Ladoja went a bit further to shed more light on what transpired in PDP against the insinuations in some quarters that he left the party because he couldn’t have his way.

“The same question came up under Makarfi, they now said let’s look at things critically. How many positions did you give to Ladoja’s Accord formation, they said 7 and the PDP had 13. Ladoja didn’t have Chairman of the party, so what is the problem? When everybody knew that we were the dominant factor in the party. Everybody knows that Ladoja was the face of opposition in Oyo State. So, how can you now say that something that was resolved and agreed before under Makarfi now suddenly became something else under the new administration. Then when it became that Ladoja Group versus so, so Group I said look is it really whort it? Are we not suppose to be working together? We are suppose to be working together for the same goal, to the benefits of the people of Oyo State. That was why I left”.

On why he left ADC even when his then preferred candidate, Senator Femi Lanlehin has gotten the party’s ticket?

“It is one thing for you to get the ticket and it is another thing to win the election. Winning an election is different from winning a ticket. I find that with the crisis we were facing in ADC we won’t be able to concentrate on fighting and winning the election. The problem has been there since we started in the ADC. It is either those at the national headquarters of the party are inexperienced. For example, they asked us to go and do ward congress on Saturday, local government on Monday and state congress on Tuesday. This is not the normal thing we used to do, we used to spend one week, two weeks between the congresses. So that we could iron out the differences that might have come up in the congress. But they said no, that was the decision of the national headquarters. The national headquarters now became very arrogant, they forget that we have been on this issue for a long time. I am a specialist in running of a small party. I ran Accord successful. We were able to make a big statement, by winning some positions. It is not everyone you win an election that you become important. If you don’t win election a d still be relevant, important and significant it means you have something special. We knew what happened that time, we went to court, we were at the tribunal. The outcome of the tribunal was that,’  we didn’t say that you don’t have point but the person who presented it was a farmer, a Master’s degree holder, not in farming but the because the person had chosen farming as an occupation. It means that is it not important again. That is where Nigeria is and that is why one of the many crisis we had in ADC. Why do we have to go to court? If you are not carefully you will be in court until the election comes.”

But if that indeed wasthe problem in ADC why then would Ladoja agree to work with one of those whohave taken the party to court, who is now the guber candidate of ZLP?

“I told Lanlehin that look, let’s leave these people to their crisis. What has ADC got to offer us? The name. It is not as if they have the antecedents, not as if they are as big as PDP or APC and at the same time they don’t even have the resources to prosecute an election. I warned him to let us go to a party that has less crisis. This crisis upon crisis can never take them anywhere,” he said.

But now that Ladoja is in ZLP and most of his followers are believed not to have followed him to the new party, who are now his footsoldiers in his new party?

“The problem I have is that people assume that politicians are the ones winning elections. No, it is the people of Oyo State that win elections. These politicians are 5 percent or 10 percent of the population. So the assumption that my followers are no more with me, that is their opinion. The problem I have is that I don’t force people not to go to where he thinks is it the best for him. Because I am where it is best for me too. So I don’t fight people for taking their decisions. Everybody is free. I don’t pay them salary, we have common goal that is why we are in the same party. If we have diverse views now and I feel strongly that I can support my view, articulate it and the other people refuse to do so, what do you do? I said, let’s do the right thing and see if we can win this election or not. They said no, we have done what we have done.”

As it stands now, time indeed will tell whether Ladoja is still as politically strong as he claims and pull off some surprises with his new ZLP in the coming 2019 general elections, like he did in the previous elections.

Accord under Ladoja’s control then won some seats into both Federal and State assemblies.

Why I Want To Represent OGUN East @ The SENATE

Why The APC Nat. Working Committee Sent Us To OGUN State