Home News Why I Gave Myself A Birthday Gift Of A Mansion In LEKKI – LAGOS Big Babe, EHIGOZIE OGBEBOR
News

Why I Gave Myself A Birthday Gift Of A Mansion In LEKKI – LAGOS Big Babe, EHIGOZIE OGBEBOR 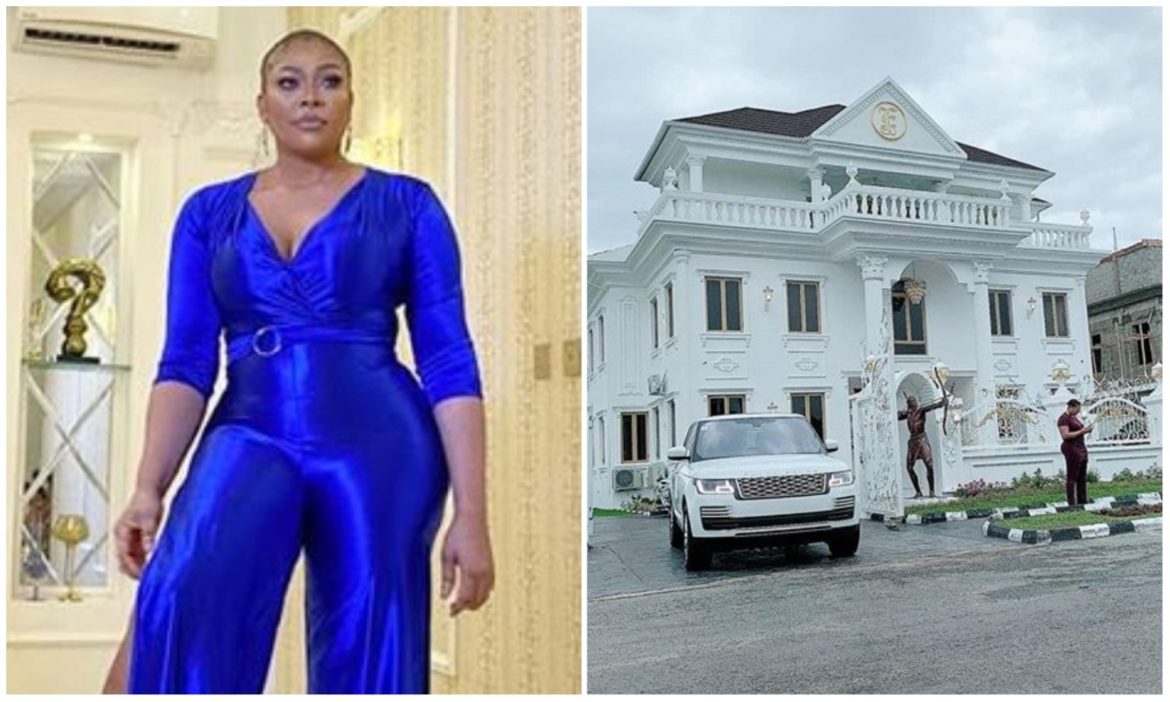 Days after she marked her 35th birthday with the opening of her new mansion in Lekki, Lagos everyone is still talking about Ehigozie Ogbebor, the Sayaveth Interiors & Hotel boss. This elegant stallion shocked everyone when a few days to her birthday she revealed a video/documentary in which she spoke about her new mansion, called The Castle E project, which she said took her one and a half years and 5 months to complete. She revealed that she started construction in December 2018 and completed it in May 2020.

In the video that went viral, this beautiful female entrepreneur shocked many when she showed the magnificent 7 room castle located in the heart of Lekki. It showed a lot of luxury, splendour, opulence which the Edo babe in known for.

She is an interior designer and consultant located at 59 Fola Osibo Street in Lekki Phase 1. She sits atop a multi-billion naira business. Her holding company is Sayaveth Resources Ltd, an interior design company. It is a brand name known for luxury design.

In the video, she told everyone that she gave herself the mansion as a 35th birthday gift to make herself happy. “My story is filled with broken pieces and I have had a major come back. She revealed that rather than stay unhappy with all she has been through in life, she chose to be happy.

She told City People Magazine in a chat that she is very, very happy that she has been able to complete the project. “It is personal to me. I decided to celebrate this birthday big because I felt like I deserve it with the commitment and hardwork I put into my work and also beautifying other people’s homes, I deserve a proper house too, for me and my kids.

Its a 7 bedroom mansion I called Castle E, named after me, Castle Ehigozie. She revealed on her Instagram handle that she has received thousands of messages since Monday when she released the video.

The video feedback is overwhelming…but this stuck…I remember doing this exact same thing: I looked into the mirror one day at the age of 23 and I said to God use me to prove to my generation that you are God…God is for everyone. He can do more for you”.

She invited a few of her family members and friends for the opening. “I could not invite a lot of people to my birthday and house warming because of the situation going on in the country”.

READ ALSO: GOV. MAKINDE IS CLOSE TO ME & I AM CLOSE TO HIM – ALAO AKALA

Why I Gave Myself A Birthday Gift Of A Mansion In LEKKI – LAGOS Big Babe, EHIGOZIE OGBEBOR was last modified: June 23rd, 2020 by City People