Home Entertainment Why I Have Been Off The Movie Scene For Years – Veteran Actress, BARBARA SOKY Tells City People
Entertainment

Why I Have Been Off The Movie Scene For Years – Veteran Actress, BARBARA SOKY Tells City People 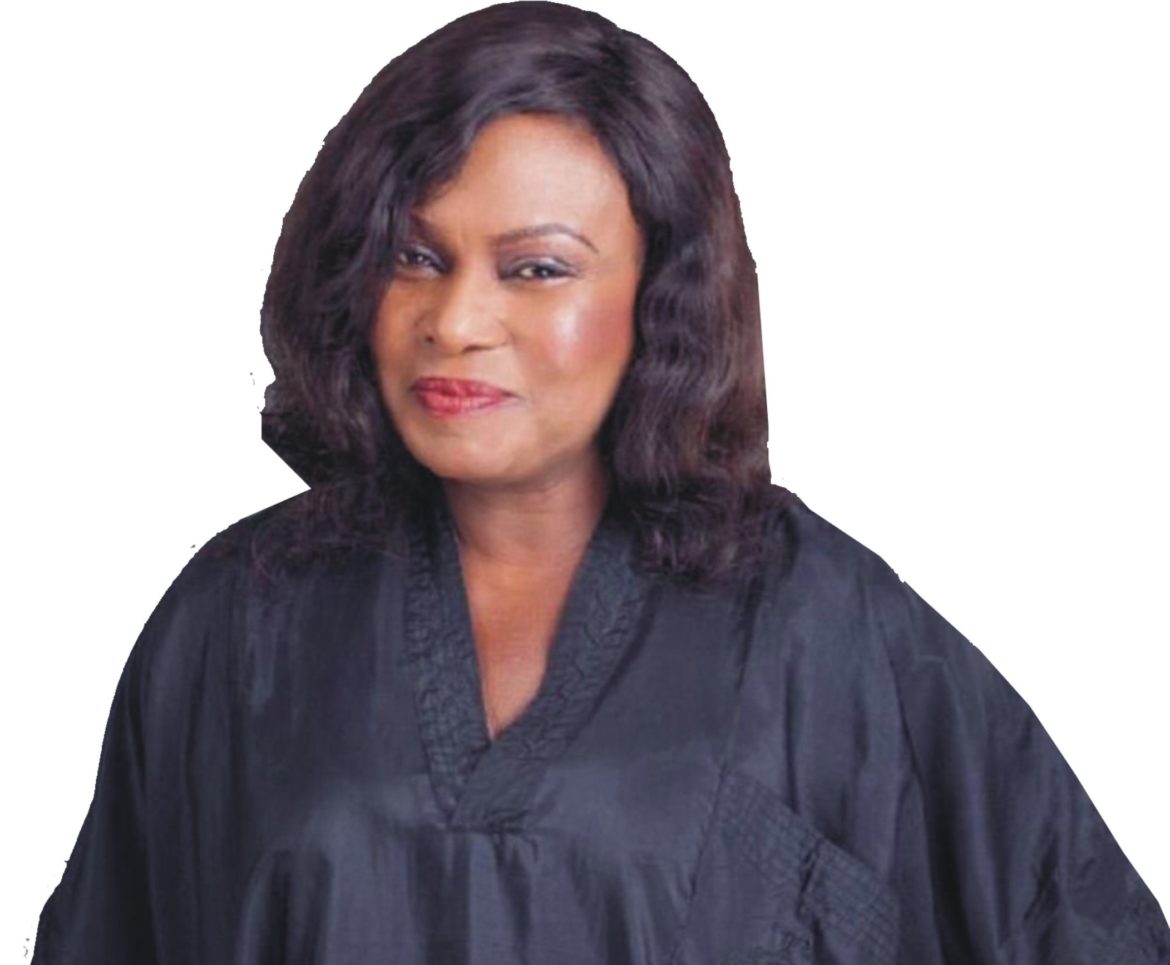 •Makes Her Come Back In New Movie, BESIEGED

Legendary actress Barbara Soky is among the stars that rocked the movie industry in the ’80s and ’90s. She started with “Inside Out” and later featured in “Mirror In The Sun”, which instantly shot her to limelight and she remained the toast of the industry. She took a break from the movie industry and made her huge come back in Jane Dede latest movie entitled “Besieged”. In this interview with City People Publisher, SEYE KEHINDE and BIODUN ALAO, she talked about why she took the break from the industry, how she started and how she has been able to blend into the new Nollywood.  Below are excerpts.

I was delighted when I received the call from Jane Dede here, that I am part of this production. Like she rightly said mental illness is a big issue. Often times people see you from the outside, they don’t really know what is happening inside, so people look good, drive good cars with lots of paparazzi but bothered with what is happening inside. With all my years of experience, right from the ’80s, I have never seen a script so deep, I know there are lots of scripts out there, but nobody has taken time to project the realities of life in this form, all we often talk about is glamour.

The well being of a man goes beyond properties or having numerous cars, good looks and all that. If you watch “Besieged”, I played the role of the guy’s mother, a multi-millionaire guy and blessed with good looks, this blind date came up. In spite of me being in the movie, I was overwhelmed by how a man can change so suddenly from one phase to another.

The movie “Besieged” is an expose, to enlighten people that life is actually not how we see it and also take it.

And am like, it’s a must-watch the movie so people can learn, I am so delighted to be part of this laudable project.

It was national and showing every Sunday, so that is how far I have come from the ’80s.

Was there a break in between your career and for how many years?

Yes, there was, for good reasons. Fame is something that gets to you after some time. This is my take, I don’t know about others, especially if you are young and it came really big. It was almost swallowing me up, I needed to take that break for good reasons, if I didn’t, I don’t know where I would have been by now. But I am back now, ready to go, ready to work.

Have you been part of any production before this one?

Yes, I have doing, most of the ones I do these days are on the internet. I don’t want to sound arrogant, but there are some movies, I would not do. Right now Besieged is the biggest and latest project, I am involved in.

How have you been able to adjust to the new realities in the movie world?

The difference is clear, it will be easy for me, like I always say, for me, acting is a natural thing, I didn’t go to a theatre school, even with the break, I can still adjust, starting from where I stopped.

For me, I will say, it was just a gift because as at when I started, I was in the dramatic society in school. This producer from NTV before it became NTA searching for talents from school to school that was how I got selected, I just found myself in it, it all started from Port Harcourt before I came to Lagos. So for me, it is just like the water I drink.

I get a story, study the character and switch and that has made me versatile.

As a veteran, what is your message to younger ones and what should be done to become a good actor or filmmaker?

First of all, it has to do with self-discovery, you have to know, what you are cut out to do, there is nothing wrong in having mentors, when it has to do talents, you need to work on it, nurture it and let it mature. These days, everybody wants to become a star due to peer pressure. In my time, we were very few and my contemporaries are Clarion Chukwura, Kunle Bamtefa, Alex Osifo amongst others.

When I did “Mirror In The Sun”, we were 3 ladies that acted the lead, the First Lady of Akwa Ibom at that time, if you were good, you were good, you can’t change it. These days nobody is looking for talents anymore, all they want is how bleach your skin is, nobody cares about talents anymore, how while you are, so most times, the only thing they want to know if you have talents or not. From where I am coming from talents counts.

Most times, I get really confused about the criteria they use in selecting actors and actresses we have now, that may sound harsh, but talents use to be the criteria for selecting people, but now everything has changed. Today, we see and hear a whole lot of things. Young people come to me for inspirations, you could see the disappointment on their faces you could see the frustration on their faces.

Few years ago, I was invited to some young generation, and they were like, all these you are saying are no more applicable, you are old school. A girl got up and said good girls don’t get anything anymore, they don’t get anywhere. For like 5 minutes, I had to keep quiet and digest all she said.

Another girl came to me and explain how she went for an audition, after all the stress, a fair-skinned girl worked in and she was given the role. She was so broken and filled with tears. That the fair-skinned girl broke all rules and made her way to the top. At the end of the day, they said, she was the one, they were looking for, sending others home. After listening to her, I didn’t know what to say to her because she already had her own opinion about things. Okey Bakassi was also asked the same question few periods again and he was like, what should I tell them.

These youngsters go and do all sorts when they come out, the next thing you make them brand ambassadors of reputable companies. So it is not all about talents now. The talented ones are neglected and frustrated, some had even given up, most of these things we are talking about lead to the depression while some of the youths find solace in taking drugs. It pains me when lots of talented youths are not given opportunities to showcase their talents. So when I am talking, they will just say, what is she saying, after all, her time has passed. From their lyrics to their dance steps, am like oh my God, am I so old, what is happening to our younger generations.

What role would you gladly turn down right now?

Sweetheart, I can act any role. When the late Amaka Igwe was still alive, we did a soap together, after ripples, she said Barbara, you are going to be mother to 5 visible children, so I was like where are the children, she said you are going to be mother to RMD, big big men, and this is my stature and I did it, I have once acted Andy Okonkwo’s mum. For me, let the director tell me, what he or she wants and I will deliver it.

How have you been able to still maintain your carriage from the ’80s till date?

I have been through ups and downs and this depression thing, we are talking about, I have been through it, I have always believed in God Almighty that he is always with me, I will also talk about the love of families, my mum, my brothers. Back in the days, you dare not say you want to do Theatre Arts because everybody is like studying medicine, law and the rest and you are talking about Theatre Art, you will even be kicked out of the house.

I remember one of my friends in “Village Headmasters” that acted Baba Eleran, Yinka Adewusi, one day, his uncle told him you are bringing fame without money. So it was that bad then. I would have been a Lawyer, but I lost my father when I was a kid, so I found myself in the acting world because my talents were discovered. What if I told you now that 20 naira was the artistes fees when we shot “Inside Out”, I was paid 50 naira, which was the highest then.

In our time, society was hostile to us and our chosen career, unlike now, that it is acceptable and even celebrated. Along the line, I had admirers and that was pretty difficult for me to handle, most times, I find myself running back home. People look happy most times but the real battle is in the head. As a celebrity people expect you to be happy always not considering you have your own personal problems you are dealing with.

The challenges have always been there but the Grace of God has kept me through the good, bad and ugly times. I don’t have to come outside and cry, but the tears have always been there. Everything is upside down now. So when people remind of my years in the industry, I just say thank God, I am a product of God’s grace, each time I talk about this, I always get emotional, I never knew I will make it this far. Considering all the challenges I have been faced with.

Do you have any regret so far in the industry?

I don’t know of any man that doesn’t have, so don’t expect me to tell you that I don’t have, so of course, I do. But regrets are not enough to put me down if they were, I would have given up long before now. I am human, I am not perfect if I look back like I am watching a video of myself, yes, I have regrets.

Something keeps telling me to move one if not for myself, for the sake of my children, and the younger ones that look up to me as their mentors and role model.

Why I Have Been Off The Movie Scene For Years – Veteran Actress, BARBARA SOKY Tells City People was last modified: August 5th, 2019 by Seye Kehinde