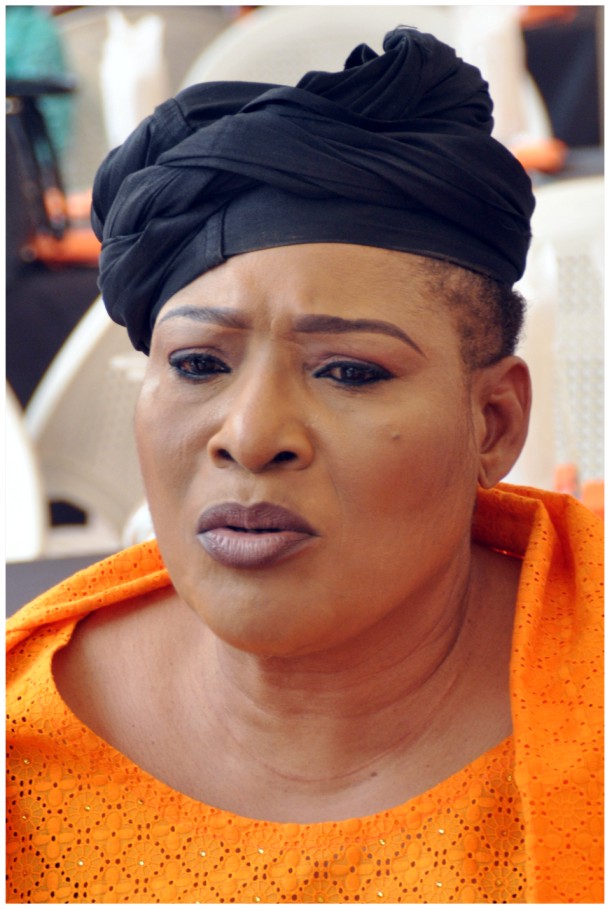 Chief (Mrs) Kemi Nelson is one of the leading Style matriarchs in Nigeria who has been able to remain relevant both socially and politically for over 40years. Aside from being politically active in a male-dominated political environment like Lagos, this APC woman leader has carved a fashion niche for herself.

No wonder she was crowned the “Yeyesewa“ of Lagos many years ago, for being a fashion pacesetter to other Lagos society women.

Yeye Kemi Nelson is fashionable and when you talk about creating a lasting fashion impression, Yeyesewa is never found wanting. No wonder she leads while many others follow.

At 64, the APC National Women Leader, South West, and Yeyesewa of Lagos, Chief (Mrs) Kemi Nelson, is a glowing beauty. Those who saw her at her recent in-house 64th birthday party, few weeks ago, can testify to the fact that she is far much younger than her new age. Many of her guests couldn’t help but ask the popular feminine question: What is her beauty secret? Reason? She has maintained her beautiful skin over time and also has a lovely figure to go with it. Besides, Mrs. Kemi Nelson has scored high in the fashion sector.

She is not slowing down within the social circle and her signature outfits, mostly kaftans, which are sewed with luxury chattily lace, exclusive Vilisco or luxury Abaya always complement her good. When Yeyesewa chooses to rock iro and buba, be sure, it is one of the timeless exotic HOH lace, which she always accompanies with signature headgear.

What name would you call her signature headgear which she always pushes to the front to enhance her beautiful face beat? You can call it “One nation“. This is not because it is the name of the headgear but because no other society woman rocks that style of Gele. Those who try to are probably emulating her in style.

What is the Yeyesewa Kemi Nelson’s staying power? What has sustained her? What has brought her this far? How has she been able to stay young and active at 64? This was among many questions that came to our mind few weeks ago when we saw her at the 80th birthday of Aare of Lagos sparkling in white Lace.

She dazzled in an expensive, but simple all-stoned white Lace, which was the colour theme of the party. Her white-lace complemented the white and gold headgear which sat well on her well cut hair.

Yeyesewa hardly walks alone, but with her unique quality crowd. If Yeyesewa’s beauty does not attract you, we are sure her glowing skin will.

Apart from her beauty, many women respect her especially on the social scene. She is a lover of the masses. She is a mentor to many and her hands are always open to embrace people. No wonder anytime she steps into a party or any gathering, there is always a loud applause, hailing her: “women leader”.

The fact that she has moved up the ladder as the National Woman Leader of South-West has made her more popular.

Aside being a politician, you probably don’t know Yeyesewa is a dancing queen. Watch out for her at any party and I bet, she would beat you to a dance competition. She is a lover of friends who supports her friends in all they do. She graces A –list parties and you would always find her wearing the aso-ebi if there is any at all. She is an amiable woman you would love to meet any day any time.

Few days ago, she walked into Radisson Blue Restaurant and Hotel looking Royal in a royal blue flowing kafaya, which complemented her silver 18carat Gold. She never walks alone. Her clique of sisters-turned friends like Mrs Jibike Babatunde (jibike DHL), Mrs Yinka(Apc Chieftain) walked into the Hotel with her to honour Mrs Titilola Mabo, the pretty mother of Mrs Jokotade Adeusi. She was a cynosure of all eyes as she walked like a living legend that she is.

The high point of the event was when she stood up to dance. She was filled with joy as she danced “Olorun to to bi”(magnificent GOD) with Hajia Aishat Bolarinwa, Jibike Babatunde and others. As many were busy appreciating her flowing kafaya which swung as she danced, her flawless skin caught our attention.

Though, she was so much in a hurry but we didn’t let her go until she spoke about her signature hair cut. What has brought her this far and why  is she always on low cut?

According to the Style Icon, “People are familiar with my signature headgear, but what they probably don’t know is that I have had this low hair cut for over 35 years. It is my style. I won’t lie, I don’t think I have such luxury of time to go to the salon to have my hair weaved or done, but with this, I am good to go anytime.” ….she revealed.

Speaking on what has brought her this far and how long she has been close to Mrs Jibike DHL. “ I just celebrated my birthday a few weeks ago and I have to be sincere that it is the grace of God that has brought me this far in Life”.

Chief Mrs. Kemi Nelson unarguably has positioned herself as one of the dogged politicians around, especially in Lagos State. The former Lagos Commissioner for Women Affairs and Poverty Alleviation cuts the picture of a man in a woman’s body because she has proved beyond reasonable doubt that she has all it takes to make her mark on the political terrain she has found herself. The beautiful woman whose major reason for going into politics is to render her service to her people and the public at large dates back to 1992 when she joined active politics. She also got a federal appointment, being one of the Executive Directors at Nigeria Social Insurance Trust Fund (NSITF).

Why I Have Deliberately Kept A Low-Cut For Over 35 Years – Yeyesewa KEMI NELSON Tells City People was last modified: March 2nd, 2020 by Abiola Orisile