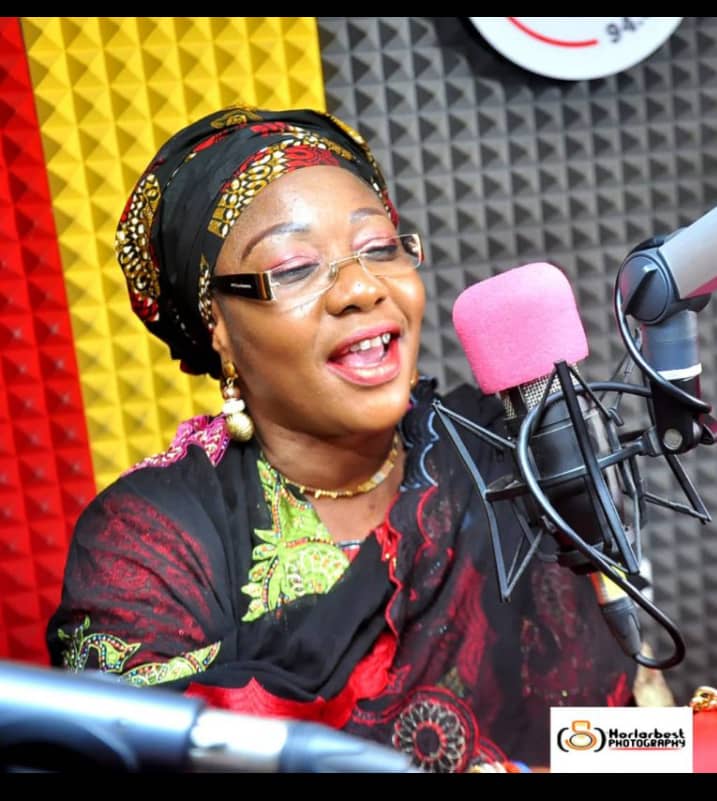 A Veteran actress in the Yoruba movie genre of Nollywood, Alhaja Anike Alajogun who is Elizade Motors’ boss, Chief Ade Ojo’s cousin has revealed that despite the fact that she is a devoted Muslim, she is strongly believes in tradition precisely ‘IFA ORUNMILA’ Oracle.

A few months ago, particularly in April 2020, the Yeye Oba movie star was trending on social media and online news platforms prior to an unforgettable experience she had in the month.

While speaking with Gbolahan Adetayo from her base in UK, Mrs Alajogun revealed that she has so much believe in tradition than any other religions on earth.

According to her, “glory be to God Almighty for His Mercy which endureth forever. I am alive today to praise His holy name. God knows those who are worshipping Him genuinely. As you can see, I am a devoted Muslim, I have been to the holy land (Mecca) in Saudi Arabia for pilgrimages seven times. I was once a Christ follower but I believe in IFA ORUNMILA so much. Many of us are liars, we don’t always like to say the truth. Many Muslims do go traditional when things go other way round for them and everyone knows that. Christians are worse, they are pretenders, they claim to be holy but they visit herbalists for power. Though, there are some who are real Pastors, Prophets or Evangelists but 90% are fake. They go to herbalists for power to perform fake miracles, same with Muslims . Those ‘Tira and Aseje’ Spiritual concoctions, what are they for? We should just stop deceiving ourselves, only God knows the righteous man. We have read so many in the news about pastors and Alfas.

All of us are Men and Women of God, there’s nothing like Men of God in my diary, they can be called Pastors or Evangelists, we are all Prophets and Prophetesses. If I need anything spiritual, I will rather consult Oracle for solutions than going to a Christian or Islamic clerics. I was born and brought up with IFA ORUNMILA. My forefathers were IFA ORUNMILA worshippers, i can never forget Orunmila lailai, Yoruba adage has it that “eni so ile nu, o so apo iya ko” literarily means there’s danger ahead of a man who ignores his source. At some point, my family decided to stop worshipping IFA ORUNMILA and embraced Christianity and Islam, the men among them started dying one after the other including my father. As a Muslim, I know truly who I serve, when I come to your mosque to pray, you can deny me the access, I will do my prayers in my bedroom. The holy Quran made me understand that prayers said by a woman in her room gets fast answers”, Alhaja Anike reveals.

In case you do t know, Alhaja Anike Alajogun is one of the ageless actresses rocking Nollywood with fantastic movies. She is the richest and she was the biggest Veteran Yoruba movie producer in 2019. She is a Nurse by profession and she practice in Manchester City, United Kingdom. The mother of two is also a Textile Merchant with several shops at Gbagi. Her hotel known as Mataan Hotel, located at Olorundaba, Akobo Ojurin, Ibadan, Oyo State is also a force to reckon with in the city.

She is a native of Ilara-Mokin in Ondo state. She is a cousin to Elizade Motors’ boss, High Chief Ade Ojo

“Why I Have More Believe in Tradition Than Church & Mosque “-Elizade Motor Boss’ Sister Confesses was last modified: July 27th, 2020 by Reporter

If You Don’t Stop Doing These 9 Terrible Things…Your Woman Will Cheat On You..Especially Nos 1,3 & 7