Home Magazine Why I Have Remained Single Since My Wife’s Death – ABEOKUTA Based FUJI Star, SHEFIU ALAO
Magazine

Why I Have Remained Single Since My Wife’s Death – ABEOKUTA Based FUJI Star, SHEFIU ALAO 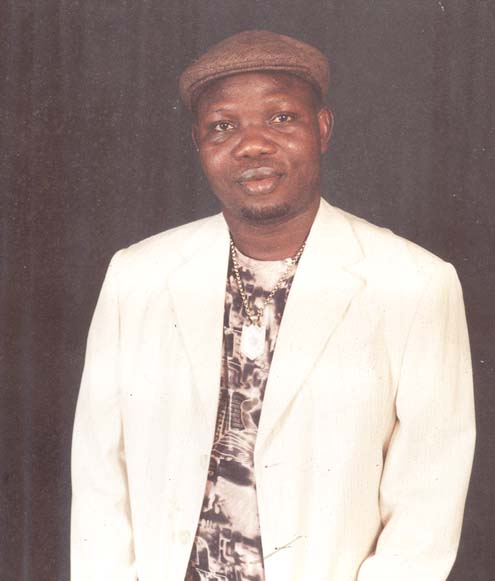 Abeokuta based Fuji Musician, Alhaji Shefiu Alao, popularly called Original Omo Oko is one of the Fuji music icon in Nigeria.Well detailed and scandal free, unlike many fuji artiste who hold grudges amongst themselves,he has proven to be at peace with his fellow Fuji artistes. He lost his wife, Late Alhaja Nimota Adekunle to the cold hands of death 4years ago and he is yet to remarry.His reason for remaining a bachelor again isn’t far fetched.He opens up to City People’s BUKOLA BAMGBOSE OYAWOYE about why he is yet to remarry as widely published by various media bodies two years ago,his love for architecture and other interesting issues :-

How long have you been into music?

I never planned going into music,I just took it as an hobby,I started music professionally in 1993.although I have been practicing stage performance everywhere within my community then in 1986 my friends as a young artist gives me support by playing the instrument for me,immediately after the close of school,we usually gather at our base to rehearse.i kicked off from my home town,then to the neighboring community till I got to the city.Then I was encouraged by some of my fans to release a record because I can perform several hours on the stage.i was  a bit skeptical About releasing an album because I asked myself who was to going  Buy it,until I was told my music he been heard allover,that I should start this musical thing professionally.That was how it kicked off.

There’s no one else other than the late Sikiru Ayinde Barrister,He was an embodiment of Talent.To him Fuji music is just a spoken words!

From your genesis in Fuji music ,you seems to have done lots of free shows?

absolutely all musicians have done that ,if music is inborn for you ,your housemate would at a point get tired of your songs,because you tend to keep singing at every slightest opportunity,even without musical instruments.we go all the way to different hangout To perform,different hotel to mount the stage and perform ,we go and look for a venue where people do gather to just show them the stuffs I have to offer.

Were your parents in support of your musical career especially as a young boy who closes from school to start rehearsals for Fuji music?

Obviously they won’t,my parents blatantly kicked against it,they were not learned but wouldn’t compromise such for their children,but I just can’t stop  it,but as time goes on,they just left me to follow my dreams ,and it didn’t take me so long before I stared making money from it.So they were relieved the moment I started doing something tangible for them and for myself .

So,if you were not into music,what would you have done?

Off course I would have done what I learnt ,because befofe I left secondary school I learnt architecture as an apprentice and I was also highly skilled in art and architecture.I truly love the profession,but I love music more,would have combined the two,but music is more demanding.

Which of your album brought you into limelight?

All of my albums made massive sales and every new ones comes from different angle that my fans applaud me for, but my album “Ojumo ire “was exceptional ,I will say it made more sales and brought me more into limelight.

What are your regrets especially With music?

Lots of regret,but I don’t allow them weigh me down..it would have wen best if one is highly learned prior to going into Fuji music,but where is the time? Don’t get me wrong ,my stage name is Shefiu Omo Oko,(meaning a local boy) but the locality is my style and it’s working for me.other regret comes from when we are to perform at an event and people start making trouble.

Can you say you have achieved so much and you are fulfilled?

I really thank God,but I have not gotten to my best point yet.Am still aiming for the best and I will get there insha Allah.

It is believed that you are strictly Abeokuta Fuji star,and that’s where it ends?

That is not true,the fact that am based and lives in Abeokuta doesn’t restrict my performance there,I have fans and I perform the world over.i am privileged to perform for some specific set of lagos socialites and no other Fuji star perform at their functions,as a matter of fact they work with my itinerary.its been Gods grace all the way.

What’s your relationship with your fellow Fuji Artist? and on the issue that about 3 musician has proven to be the king of music

They are all my friends and I love them all…on the issue that different artist are claiming to be king is no issue,everyone is claiming different title just to make ends means! There is no issue ,believe me,all the controversies are just means of survival .

Let’s talk about your growing up years?

I was born and brought up in Abeokuta ,I attended African Church Primary School and Unity High School,I learnt Architecture as an apprentice before I started my musical career fully. If there is a second world ,I would want God to make me a Fuji artist

Is any of your children walking in this musical line like you?

Yes I have one of kids aiming to take After me,but he must at least complete his university degree.it is always an edge.

Sorry,about the demise of your late wife? It’s about 4years now and there was a speculation that you wanted to remarry sometimes ago?

It has not been easy to be alone ,really it’s not easy.But at the Same time it is also not easy to come across a wife,there are women everywhere but  a wife scarce,as soon as the right woman shows ,I will definitely give marriage a shot again..

Been a famous musician ,finding a woman shouldn’t be a problem as women tend to frolic all around you

I am not disputing that fact,any man who is openly thrown to the public will definitely have women frolic around him,even church pastors goes through things like that,but a wife is different from women.

What project are you working on? What should your fans expect from you ?

My next album is going to be a blockbuster ,it is titled,Aso Olohun,my great fans would enjoy every bit of it…

Who is your best friend among the Fuji musician?

Wasiu Alabi Pasuma,he is my very good Friend. I may be older than him,but that doesn’t stop our relationship,we are very close and share a great bond.

What’s your take on upcoming Fuji artist who copy your style of music ,as some musician feels threatened by this act?

Any musician who feels threaten about such is a big fool.The truth istime keeps going fast and day by day we are getting older,so for me it is an achievement for a young star to copy my style of music.it will only keep my genre of music alive for longer years even after we have grown older and can’t perform as we use to.it will only keep the name flying beyond the individual itself.

Why I Have Remained Single Since My Wife’s Death – ABEOKUTA Based FUJI Star, SHEFIU ALAO was last modified: January 30th, 2017 by Daniji Emmanuel

Are You Looking For A Good Place...

Reflections On My Life @ 80 Ambassador...

How IKATE Land In LAGOS Became A...