Home Entertainment Why I Have Returned To Acting After My 10 Yr Break – Popular Actress, JUMAI JOSEPH
Entertainment

Why I Have Returned To Acting After My 10 Yr Break – Popular Actress, JUMAI JOSEPH 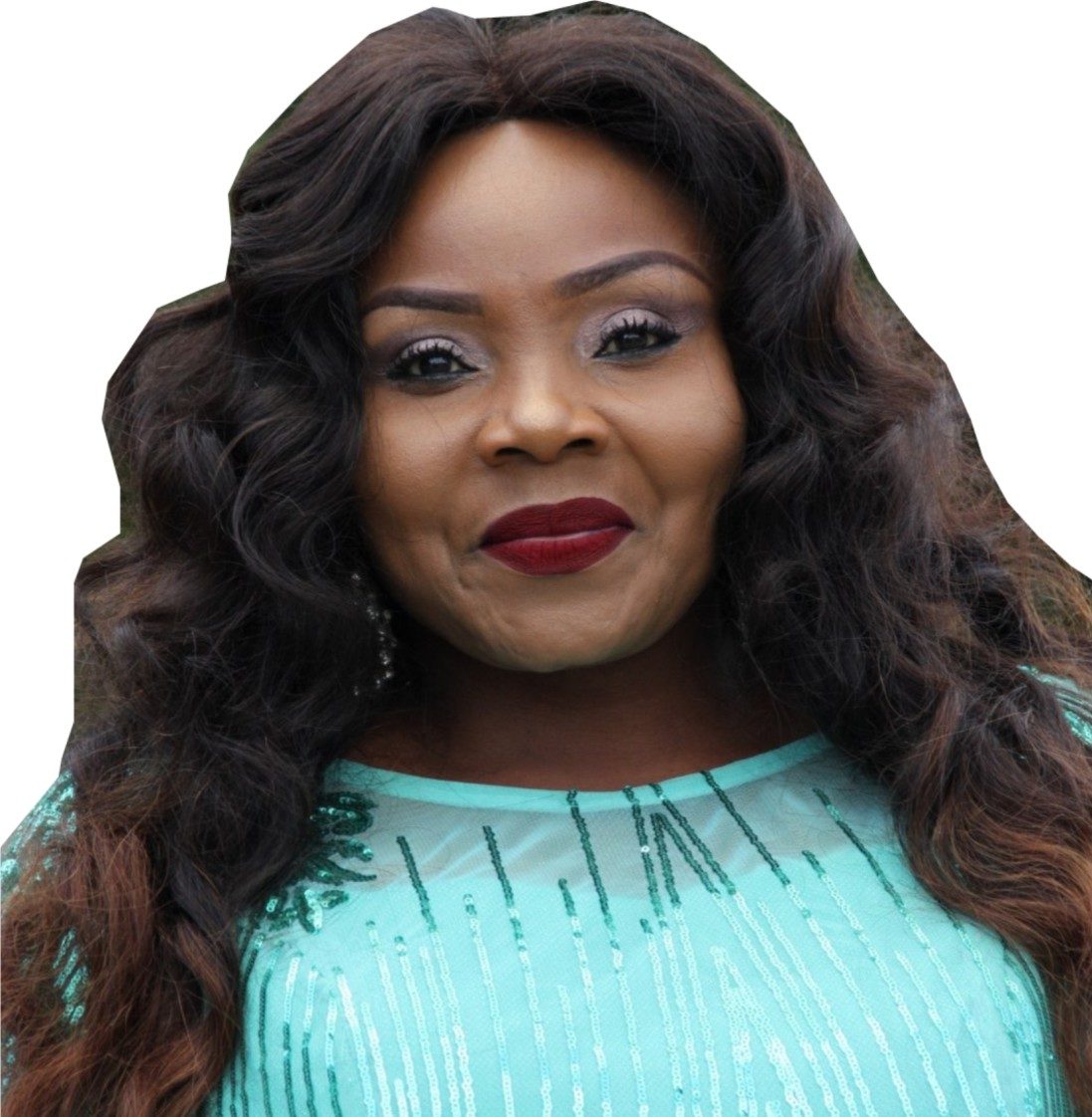 You can’t possibly forget about Jumai Joseph in a hurry. Even though she has been absent from the movie scene (she is back now) it’s almost as though she never left in the first place. This is because, apart from her incredible acting skills, Jumai’s pretty face and sexy figure graced our television screens for such a long time that it’s become almost impossible to forget about her. Perhaps this is also one of the reasons why a lot of television stations still play a lot of her old movies.

Jumai started acting over 25 years ago and for several years running, she held her own pretty well and featured in some of the biggest blockbuster movies that came out at that time. It is no surprise to many that Jumai has been able to make a big brand of her name and built an impeccable reputation for herself that has endured for a long time.

City People’s Senior Editor, WALE LAWAL and NURUDEEN SALISU engaged the very gorgeous and down-to-earth Jumai Joseph at the recent City People 2019 Movie Awards. She explained why she took a break from acting and how she got into the industry 25 years ago.

You are one of those that have been honoured here tonight, share with us your thoughts at this time?

Oh, my God, I feel humbled by the experience. Like I said earlier on stage while receiving my award, I have had the opportunity of presenting awards at some of City People’s events in the past, and today I was given an award. Oh, my God! It’s humbling. I just thank God for everything. You know, it was out of the blues that I got the message that I was going to receive an award, and I was like City what? You know, City People and me, we used to fight then. But Uncle Seye has always been a big brother.  City People has since become like a family to me, so, it’s been wonderful. I’m so happy to see all my old colleagues again. And for your information, I’m back o.

Wow, that’s good news. One of the things that crossed my mind immediately I first saw you here inside this hall not too long ago was the fact that you’re not looking any different from the Jumai that I used to know.  You’re still looking young and gorgeous, what’s the secret?

I will take that as a compliment. I thank God. People always say to me, ah, you’re still the same Jumai, after all these years! It’s not me, it’s God and I thank Him. That’s all I have to say about that. It’s God all the way.

But seriously, there must be something to it, apart from God, that you can attribute to it because the beauty is still there, the Jumai face is still there and you’re still looking young,…

Thank you once again. But I think the important thing is to be happy. Happiness is a decision, it doesn’t have to depend on any other thing but you. It’s good to be happy. If you find yourself laughing all the time, if you find yourself staying happy all the time, it will radiate all over you and come from within you.  I am a happy child and I have God to thank for that.

How many years ago did you start acting professionally?

I actually started in 1995, that’s about 25 years ago or thereabout. I started with a few waka passes and then I hit it big, just like that. After a while, I took a bow to go have my kids, my beautiful children. I’ve done well. I’ve raised them well. I had to stay with them because I didn’t want to neglect them and let them suffer because of my career. So, I had to push my career to the backstage, for my kids and now, I’ve done well. Now, even my kids are saying, mom, why are you not on TV anymore because they have seen a few of my movies. They want to see me act, they’ve only seen the old Jumai. They want to see me back on stage in the industry. They are the ones encouraging me to go back And everyone too says the same thing. When people see me, they ask, Jumai, why did you stop acting? We have missed you.

How old is your eldest child?

My first child is twelve today. I left him for this award. The second child is eight.

So, you had to take seat from acting because you needed to raise a family?

Yes, that’s basically the reason. Acting had been my passion, my first love, before my kids came. But my kids are very important to me. I had to stay with them I didn’t want anyone to raise my kids for me. They are both twelve and eight years old now, so I think I’ve done well.

You must’ve had lots of blockbuster movies under your belt, tell us those ones that stand out for you?

Yes, there are some like Ogidan, my own movie, the one I produced, Shadows, with RMD, Sola Sobowale and Yemi Solade,  Turned Table with Uncle Olu Jacobs, Liz Benson, Keppy Ekpeyong, Dakore Egbuson. There was also Faces with Sidney Diala featuring Kate Henshaw, Victoria Inyama. There was also Just Me with Desmond Elliot, so many of them that I can’t remember now but these ones really stand out for me. There were these Yoruba movies I did, Egbayi Etowo and Ale Ariwo, they were really great movies.

I was born here in Lagos, Omo Eko ni mi, I’m a Lagosian (laughs). I was born in Somolu, Pedro. I attended Pedro Primary School, thereafter I went to a grammar school in CMS, from there to Maryland Comprehensive, then to the university outside Lagos. So, Lagos is my life, omo Eko ni mi. But I’m originally from Igala in Kogi State.

What would you say has been your staying power? Looking at you, your young-looking face, it’s almost as though you never left.

I think my talent speaks for me. And like you said, my face too. I also have an excellent rapport with my colleagues. Like today, when I came in here, people were like Jumai, where have you been? But my talent has been my biggest strength.

How did you get into the movie industry back then?

That’s a good question. I am from the middle belt, where the girl child is not encouraged especially in Igala. The girl child is not encouraged to go into entertainment, they will just tag you as a lose child. But I am fortunate to have two beautiful parents that were civilised enough to encourage me and gave me that push. I actually didn’t tell them anything, I just got up one day and went on my own. I actually started as a model. I did a thing for Ikebe Super, the day it came out I was scared. I didn’t know what my parents would say or think about it. You know what I did? I slipped a copy through the door and my daddy was there. So, somebody picked it up and they now saw my picture and were arguing, she’s the one, she’s not the one. And then my dad now called me and asked, are you the one? I said, yes, sir, then he said, I’m proud of you. So, that now encouraged me and I became bold to go into acting. I went to the national theatre myself, no one took me there. Fortunately for me, when I got there, I met one of your colleagues, a journalist who was writing for one of the soft sells then. I introduced myself to him and told him I wanted to act. He now looked at me and said, with your kind of face and body, the stage is not where you belong. Go to television. So, through him, I got Zeb Ejiro’s office address in Surulere. He also gave me the address of NEK’s videos, Amaka Igwe and several others. He gave me about six addresses and that was how I visited them. I saw audition notices and that was it. Like they say, the rest is history.

Any regrets so far?

No, no regrets at all. You see, we were not as fortunate as those who are here now. Back then, they would only give you transport money for featuring in their movies. Sometimes, they won’t even give you anything. And the next morning, you wake up and you go again because it’s what you love to do. Honestly, it’s because of the movie industry that my name has become a household name today. That’s why people still stop me till today and ask, why have you stopped acting? Please, come back. Even from my place, women were begging me, please, don’t retire, push in our children, we love you and we love what you do.

Why I Have Returned To Acting After My 10 Yr Break – Popular Actress, JUMAI JOSEPH was last modified: November 26th, 2019 by Wale Lawal

How I Co-ordinate OPC Activities In 28 Countries In EUROPE – Chief VICTOR ADEWALE, The AKINROGUN Of ARIGIDI-AKOKO