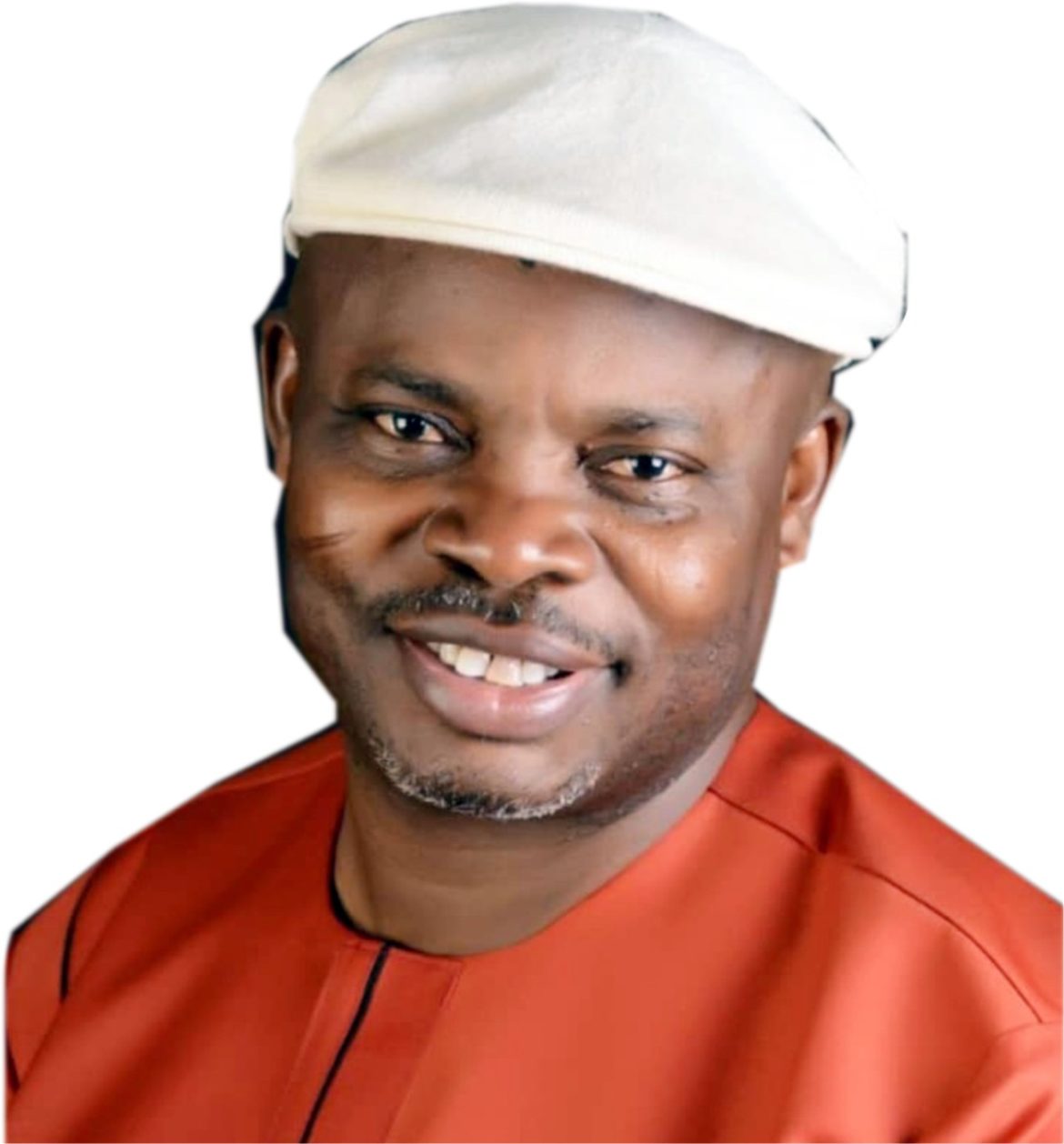 •Comrade PETER APKATASON Talks About His 3rd Term As A Lawmaker

+How He Became NUPENG President

He represents Akoko- Edo Federal Constituency in the House of Reps. He is one of the influential politicians in Edo State. He is from Edo North senatorial district. Hon. Comrade Peter Ohiozojeh Apkatason is in the House of Representatives. He has been a lawmaker from May 2011, to May 2019. And he will be there for another 4 years.

He was the President of National Union of Petroleum and natural Gas Workers (NUPENG) for 8 years and a member of National Trustee at Nigerian Labour Congress (NLC) for 10 years before joining politics in 2010 when he contested and won election into the House of Reps to represent Akoko-Edo federal constituency. He is one of the long-serving lawmakers in Edo State and the first lawmaker to be elected thrice in the National Assembly.

He attended Akoko- Edo Grammar School and later proceeded to College of Education, warri before he later went to Delta State University.  Recently, City People ADEOLA SHITTU was at his office and he spoke about how he joined politics and how he won his 3rd term ticket.

How do you feel winning a third term ticket, which now makes you one of the long-serving lawmakers in Edo state?

Waoh! I will say I’m glad and at the same time very happy for many reasons. One of the reasons is that, in my federal constituency and the state, it is the first time a federal lawmaker is being elected thrice. In Edo North senatorial district both at the House of Reps and Senate levels I’m the first person to make such history, but I will say it was not an easy task for me because I was wrongly accused by some people, who felt I was responsible for stopping another indigene of Akoko-Edo from getting a third tem ticket, but I knew I never did that, because right from time, I know the advantage of long term services of a legislator that the longer they stay, the more benefits they bring to their constituencies either at the state House of Assembly or the House of Reps or at the Senate.

Legislature is not like the Executive arm of the government, where their tenures lapse after two terms but that is not in our case as legislators. The longer you stay, the better for your people, your constituency, because you are able to attract more dividends of democracy and as a ranking member in the Parliament, you are respected according to your rank and you have access to more opportunities than the newcomers, so all these I know and I would never stop anybody, any day from doing a 3rd or 4th term as they think I did but what I have said is the truth.

Why House of Reps and not state House of Assembly?

(Cutting….) you see, at first, I wanted to contest for the Senate because I thought I would do better as a senator than being a House of Assembly member or in the House of Reps, but a few days to our party primary elections for the 2011 general elections.

Some party leaders approached me and gave me reasons why I should go to the House of Reps rather than Senate, so that I could allow an older brother to take the Senate poll and that was how I got the House of Reps ticket in 2011 on the platform of the defunct Action Congress of Nigeria (ACN) now APC where I contested and won the election to represent the Akoko Edo Federal Constituency at the House of Reps. And to the glory of God, I won my third term ticket to the-house, courtesy of my people in Akoko Edo who stood by me.

Like I said, I was aspiring for the Senate, but the party leaders thought it wise for me to go to the House of Reps of which I thank them for their decision because with the rate I was going, if I was given a Senate ticket then, by now, I would be thinking of quitting politics. I’m very happy about that though it actually put me against somebody I respected so much, somebody I considered as my Uncle of which I never thought of contesting election against, but it happened and I had no choice. Because we belong to different political parties.

We contested the election and I won’t say I defeated him because I was more popular than him, but I would say my party was the party in power and lot of people were not too comfortable with PDP and that gave me the opportunity.

How did you venture into politics?

You see, politics has always been part of me, though it might not be as a member of any political party, but as a comrade and a union leader, I was a comrade before coming into politics and in the course of that, I became a member of the workers union of which I rose to become the president of National Union of Petroleum and Natural Gas Workers (NUPENG).

The position I held for a very long time, so I will say I was fully involved in the management of the workers welfare and industrial relations in the oil & gas industry for a long time and within that space of time, I also became the national trustee of the Nigeria Labour Congress (NLC) when I worked with the indefatigable president of the NLC then, whose record till date is difficult to surpass, in person of His Excellency, Comrade Adams Oshoimole a former Governor of Edo State and the National Chairman of our great party All Progressive Congress (APC).

So having served in that capacity, joining politics was not difficult for me, though I am one of the few people on earth who don’t like politics haven’t seen what some politicians were doing wrong, some of us felt we couldn’t stay at the back stage and make that positive change we want for our communities and society at large and that was the genesis of why people like Oshoimhole, myself are in politics today.

We felt we could begin to take the change to a level that would make life comfortable for everyone in the country and while the workers are not left out, so in 2010, when I left Shell Oil as an employee, I took the decision to join the man I admire so much in politics and I thank God I have no cause to regret my decision.

As a big player in oil and gas union and a national trustee of NLC, there must be something that inspired you into politics. What was it?

Basically, I would say my interest came from the desire to serve and to promote equality, justice and to ensure equitable distribution among my people and also empower the less privileged.

Have you been able to achieve these in the last 8 years of your representing the good people of your federal constituency?

Well, to a large extent, I will say my 8 years at the lower chamber of the National Assembly, I have been able to represent my people on the floor of the House, most of my contribution, are tailored towards actualising my purpose and vision of going there.

I have made interest of the people the central focus of what I do in the House both in terms of contributing to law making, oversight functioning as well as programme I designed for implementation through my office of which majority are empowerment-related programmes in various skills acquisition and we try to give a start up kits for the people.

You will agree with me that big companies, government couldn’t do it alone and because of that we must begin to look at how the many skills that could make them become useful to the society are brought to them at no cost or at lower cost.

Again, one thing that I believe is that when people graduate from school and they couldn’t get job immediately, but if they have skills that could make them to be more positively impactful, they would become more useful to the society. But if after graduating for years, no job neither do they have any skills that could help them to be self reliance in the society, they become a problem to themselves and the society at large.

So, my belief is that we must help people like that, people who are not privileged like others, people who are displaced in the system, because Nigeria of today, you need to know someone before you could get a job, many first class graduates are out there for many years without employment, while someone with a pass is gainfully employed with good salary all because they are privileged.

Our country today could be likened to survival of the fittest. So, in the last 8 years, I have been able to train my people to be self reliance and good ambassadors no matter the situation. When we train them, we try to encourage them by given them a start up kits so that we could reduce the number of the displaced people who couldn’t have the privilege to enjoy some of the benefits others are enjoying.

We have started it and we shall continue to help our people.

Do you feel fulfilled doing this?

Though I stretch out myself to a breaking point to provide for my people because I have a unique empowerment skills scheme which I designed for my people, even as we speak between the election period and now.

I have trained close to 200 people in different fields like Computer Repairing, Film Production, Welding, Hairdressing, Phone Repairing, ICT, Vulcanising, Carpentery, barbering among other vocational skills and some set are in Ibadan now, undergoing training in fishery and things like that and as soon as they are done, their money is paid into their accounts to enable them to acquire their start up kits for immediate movement to designated location.

You see, our people don’t know that training is a way of empowering them, but in our local content that is not complete empowerment, the real empowerment is when you give them the start up kits and also do follow up with entrepreneurial training because not all of them know much about book keeping.

So, we follow up, give them more support as we help them to evaluate their business and their skills makes me proud and that helps produce a lot of people and reduce poverty in my community, I am happy.

How will you rate your performance in the last 8 years that makes you win the third term?

It would be immodesty for me to put figure on my own performance. But like I said that my people fought for my victory and they stood by me and that singular act is the best rating.

Though I might not be able rate my percentage, but all I know is that they score me high, they work with their bare hands, they fought with empty stomach even when they were challenged with forces that many would have run away  because my people would resist all forces and the say No that they will go anywhere with me Peter Akpatason, all because they supported me.

Why I Joined Politics After Retiring From The Oil Industry was last modified: June 20th, 2019 by Reporter

Why Primate Ayodele Is A Prophet You...