Home News Why I Left My US Base To Become An Oba In NIGERIA – New King Of IPOKIA Kingdom, Oba SOLA OLANIYAN
News 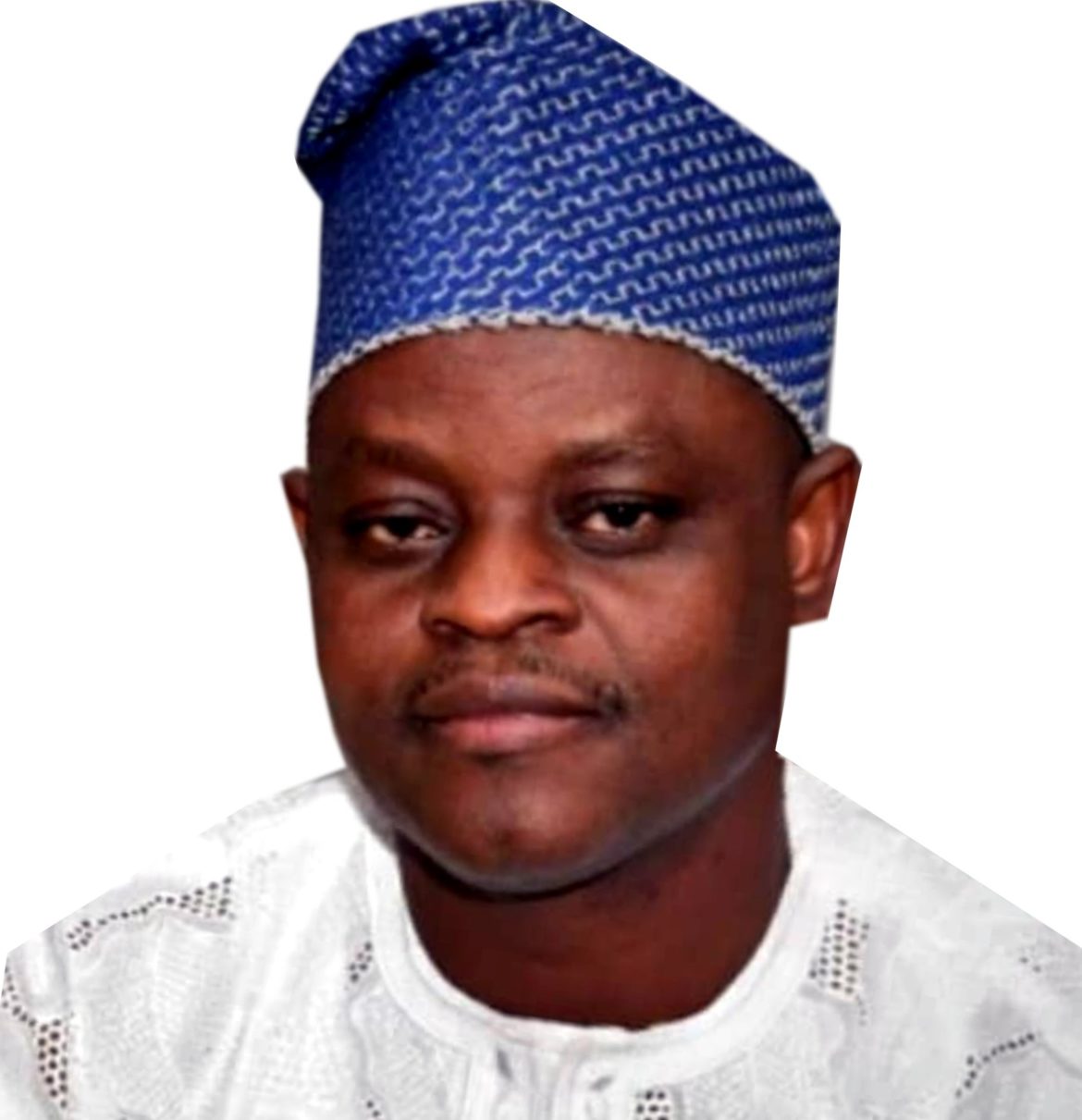 Oba Sola Olaniyan is the founder of Afro Heritage Entertainment Company. He was born on September 5th 1967 to late Prince Hamzat Akanbi and Muyibat Olaniyan at Ilesha in Ipokra Ogun State. He had his elementary education at United African Methodist Church Primary School, Eleja and attended community secondary school in 1892 both at Ipokra. In 1988 after his secondary education, he moved to live with his uncle in Lagos and waited patiently for admission into a higher institution but was not forthcoming. While still waiting he applied for a job with NAHCO, a Nigerian Aviation Handling Company at the Murtala Muhammed International Airport Ikeja as a flight dispatch officer from 1989, he was attached to handle Lufthansa German Airlines. Soon after, he got admitted into Lagos State Polytechnic Isolo in 1995. He had barely started his first semester when he won the US visa lottery. He relocated to the US in 1996. While in the United States. He attended the University of Houston Downtown and obtained Bachelors degree in Criminal Justice. He also got various certifications in quality Assurance with over 15 years of experience in quality control, a field he chose to work while attending school and continued to develop in even after school.

Mr Sola Olaniyan is the President and CEO of Afro Heritage Entertainment Company and the President and Chairman of Ahbeasands based in Houston Texas USA. He also worked as a quality control supervisor with Emosm Processing Management, Oil & Gas Company as an independent contractor. He’s also the Executive Director of a renewable energy company called NSB Worldwide Inc. in Houston Texas.

His passion for entertainment led him into starting an entertainment company about 12 years ago and moved on to creating an annual awards event in 2015 named Afro Heritage Broadcasting and Entertainment Awards AHBEA with the input of a few individuals like Bukky Fagbuyi, Yomi Fash Lanso. After numerous years of experience in artistic promotion and production, this award was put together to honour and appreciate entertainment veterans and professional in African.

He is happily married to Folasade Olaniyan and their union is blessed with two boys – Olusola Olaniyan Jnr. and Robert Ayobami Olaniyan. Just a few weeks ago, this highly respected promoter emerged the new king of Ipokia Kingdom in Ogun State after defeating other candidates who actually contested for the same position too. He spoke to City People Showbiz Reporter, BIODUN ALAO on his plan for the people of Ipokia Kingdom and the present challenges facing the community. Below are the excerpts.

How do you feel, being chosen as the king of Ipokia Kingdom?

I feel wonderful, great and honoured. It was actually something that blew my mind. I never thought it was going to be that peaceful, so I give God all the glory.

Were you born into royalty or you were given the throne based on your personality?

No, I was born into a royal family. My father’s mother was the one from the royal family, so it was something they have always talked about right from when I was younger, but I never for once considered it. I am a business person, and I had only thought about going into politics, but the opportunity came two years ago, and I was like oh maybe it is worth considering. Though there were other contestants, that were equally good as well but I give God the glory that I’m here today celebrating.

What really stood you out from all other contestants?

I feel the kingmakers will be in a better position to answer that question, but I try as possible to put in my best in all I do and probably they feel I have something that can help improve the society. Something that can help improve the Ipokia kingdom and aid our development, so the people of Ipokia and the kingmakers will answer that question better.

How long have you stayed in America?

I got to America in 1997, and that’s like about 22 years now. Though now I have to relocate back to Nigeria because an Oba has to be in the palace, but once in a while, I have to always go back and check on my kids, I have two boys over there. One of them is already in the University while the other is still in high school. So my wife and I will have to be here. As a US citizen, I can go to the United States, anytime I desire to.

How do you intend to manage with the project you already have in the US?

Yes, my major project, am the founder of Ahbea awards. The good thing we do about Ahbea awards in the US, is to make preparations, get a venue, get hotels, the majority of the people that comes for Ahbea awards come from Nigeria. So being an oba, the custodian of culture, that might help us quickly. It will be good to arrange the artistes to get there at the same time, even if we can’t go there together, I can always go ahead of time to see how things work, then every other arrangement can be put in place, like I earlier said 60 per cent of people that attend Ahbea are Nigerians.

Considering the fact that you have spent 22 years of your life in the US how do you intend fitting into the culture and tradition of your people as an oba?

Hmmm. Don’t forget that am a Yoruba man, and despite my long stay in America I always come home, so I know how things are done in my place. I love my culture and when I was younger, I used to partake in some of them. Lots of young Yoruba men that grew up, when I grew up, then we used to do Egungun festival. I took part in it, so the culture thing should not be a big deal. Then as an Oba, I don’t think, you are expected to do lots of that, all they need is permission to carry out things that have to do with the culture and tradition, so that shouldn’t be a problem. I will be able to cope with it.

Can you take us through your background?

I had my primary and secondary education in Nigeria, and I moved to the US in 1976. Prior to that, I got admission when I got out of high school I tried to get into university, I tried all sorts, Jamb and what have you, but none seemed to be working, so I got a job at a company called NAHCO at the Airport I was attached to Lufthansa Airline, a German Airline. I was making money and I didn’t want to go back to school, it took me a while to get admission, that should be 1995, I was about to start the first semester, that was when I won US visa lottery, so when I got to the US. I enrolled in school. Am actually doing my masters now. I put it on hold because of family stuff. Apart from artistes. I work with an oil and gas company. I like to learn new things and I will still go back and finish my masters, despite being an oba. I hope to be called oba doctor, someday laughs!!!

What plans do you have to move the Ipokia kingdom forward?

First and foremost, one thing I’m really excited about is the fact that the kingdom just got a gift from the state government. They just gave a polytechnic to Ipokia, they moved Ogun State Polytechnic in Abeokuta to Ipokia. Every society that I have been, education is the basis of the development so I’m really happy because my people are into smuggling and all that and once there’s school over there they can go to school and learn. Apart from that, we are looking at working with the government to aid development, job opportunities and infrastructures. As an Oba, I only have limited resources but I will work and give in my best. We will also plead and work with the government so Ipokia will develop, so education, Infrastructure and development are top priorities on our list.

What do you intend doing to make you different from other Obas?

I am a unique person and I have seen lots of Obas, majority of the Obas but especially the young ones are doing very well, and am very proud of them. I want to make an impact so we will see when I get there. I also found out that the Obas have an association which I will definitely join and contribute my own little part. The uniqueness will come from there. As a promoter, I promote the culture and tradition of Nigeria, showing our culture to the world, so maybe that will be part of my uniqueness. And I also have a good number of artistes, who will also help me promote the culture more. I left my life business in the US to become an oba to help my people.

Would it be right to say being an oba now will make Ahbea bigger for you?

Definitely, I thought about that too, I heard the Ooni of Ife speaking at a time and he said, the obas are the custodian of culture. So I will use that opportunity to sell Ahbea bigger and better, and also get lots of people to support us. As you know, in Ahbea we honour veterans who have paid their dues in the industry. Being an oba now I will reach out to people who I feel will be of great help to Ahbea to make it bigger. So that will really help us, and obviously, the rating will be higher now compared to what it used to be.

Do you have any close relationship with any other oba in Nigeria so far?

Yes, I talk to the paramount ruler of Yewaland, a big brother, a royal father to me. I think we can work together for the development of our state. Kabeyesi Olu Itori is also a friend and like a big brother to me as well. I will also like to meet other kings like the Ooni of Ife, Saheed Elegushi, the Olu of Iwo land. These Obas are doing wonderfully well in Nigeria. The politicians are doing their thing, the obas have their roles to play as well. We need to set good examples for others to follow. The paramount ruler of Ilaro is someone I can always run to. If  I need to do something, the same applies to the Olu-Itori as well.

Why I Left My US Base To Become An Oba In NIGERIA – New King Of IPOKIA Kingdom, Oba SOLA OLANIYAN was last modified: May 13th, 2019 by Biodun Alao