Why I Regret Ever Getting Married When I Did – Toke Makinwa 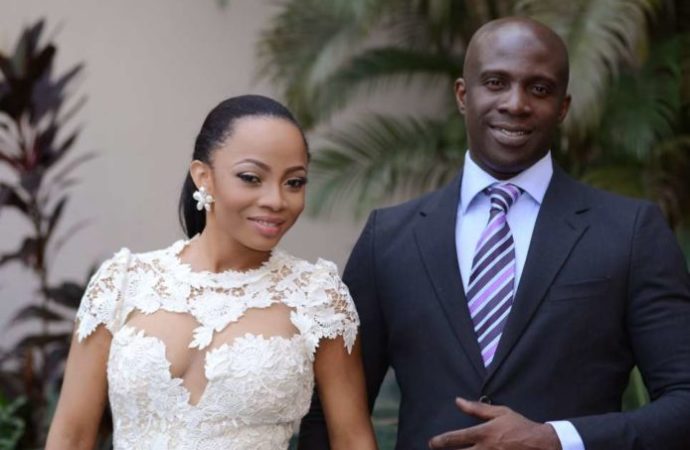 Nigerian author and on-air-personality, Toke Makinwa, says she wishes she could reverse her decision of getting married when she did.

Answering rapid questions on her YouTube vlog, she said she hates romantic songs.

When asked if she could reverse one decision she has made in her life, she replied “getting married”

She got married to Maje Ayida on January 15, 2014, and the marriage was dissolved by Igbosere High Court in Lagos on the grounds of adultery.

In her book, ‘On Becoming’, the OAP had said she opted for a private wedding because she thought he wouldn’t show up.

“Maje had disappointed me three times before. We would pick a date to go to the wedding registry and he would call it off,” she wrote.

“I was too afraid to tell anyone about the wedding in case Maje disappointed me yet again. Our wedding was a very private event.”

Makinwa also alleged that at some point, she agreed to make a sex tape with him “to keep my man”.

Since her divorce, she has been vocal about her choices, saying there is nothing wrong with skin brightening and plastic surgery if it is done correctly.

“I feel like if you wake up in the morning and your skin is looking dull and you’d like to brighten it, there’s absolutely nothing wrong with it as far as it is done safely,” she said.

Why I Regret Ever Getting Married When I Did – Toke Makinwa was last modified: February 13th, 2019 by Damilare Salami

SGF, Boss Mustapha Urges Nigerians Not To Be Scared Of Forthcoming Elections