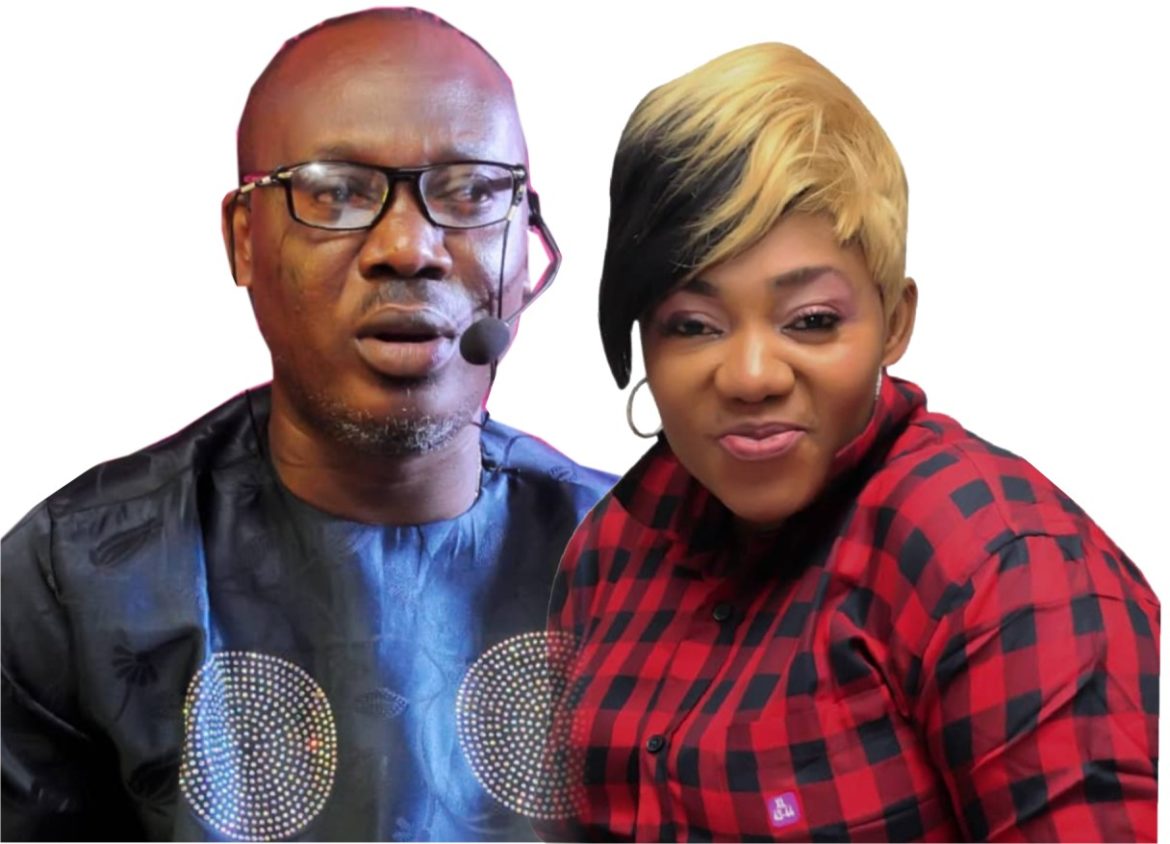 Empress Ewaade Omotayo is the beautiful and stylish wife of dynamic broadcaster and journalist, Soji Omotayo. She runs a foundation called Ewa-Inu Foundation. She is a gospel artiste, entrepreneur and philanthropist. For several years running, she has been taking the less privileged, especially the physically disabled off the streets and empowering them. And she has made remarkable success with the foundation.

Two weeks ago, Empress Ewaade and her husband, Soji Omotayo spoke with City People’s Senior Editor, WALE LAWAL (08037209290) about the annual All WHITE NIGHT OUT holding this December 17 at Excellence Hotel, Ogba. The event will also showcase the album launch of the physically disabled members of the Ewa-Inu Foundation and formal presentation of the foundation to the public. Here is Empress Ewaade’s interview.

Before we go into your foundation, tell us a bit about yourself and what inspired your compassion for the disabled?

My name is Empress Ewaade Omotayo, I’m from Abeokuta, Ogun state, precisely. Talking about what inspired me, I will say that I‘ve always been a compassionate person right from time. I love helping people. I usually can’t stand it when I hear people around me saying they’re hungry, they’re broke and such stuffs. It moves me to tears when I see people begging to feed themselves on the streets. It was on account of this I decided I needed to do something to contribute my own quota towards helping the needy, the less privileged around me and I told my husband about it. I started about four to five years ago in the UK, and when I returned to Nigeria, I took it up on a full scale and began to give it more push and put more resources into it. Though I have not been getting much support from the public, it’s just been me, my husband and God all this while.

What has been the biggest challenge so far, that’s been stopping you from taking it to the level you would’ve loved to take it to?

To be honest, it’s not been easy running a foundation like this without much support from the public or any organization. I would love to see Ewa-Inu foundation grow to be among some of the top-rated popular foundations that people know today. That way, people can accord the foundation lots of respect and they will give you attention when they are approached for support. I pray for God’s support as well. And we have done quite a lot in terms of helping to take some of these less privileged off the streets.

I can count about ten of them that we have been supporting so far. We have about three blind guys in the group, there’s Yinka, there’s Seun, there’s Fatai Rolling Dollar who’s a fantastic singer and blind too. Yinka is blind but he can identify colours despite his blindness. He’s also involved in tye and dye cloth business. We’ve invested in him as well and God has been helping us. We also have a boy who’s presently in school in Oyo state, we’ve been the one supporting him. He has a hunch back. Hopefully, he should be at the event as well. There are quite a lot of them like that that we’re supporting.  What level would you love to take your foundation to?

I would love to take it to that point where the government can come in and support us. There’s so much that we want to do but we are financially incapacitated right now. There’s a limit to what we can do alone on our own. Right now, some people still look at us with cynicism. They still doubt our sincerity because there are lots of fake foundations out there right now. But we need them to know that we have been doing this for long and our aim is simple – take as much less privileged people off the streets as possible. We want to eradicate hunger from their lives and give them that self-esteem that they need, to assure them that they’re not useless. A lot of them have talents and we want the public to also find out about these hidden talents in them so that people can realize these guys are not useless. They can be part of us.

A lot of people would look at you and wonder, what’s her motive for doing this? She’s a beautiful woman, she’s comfortable, so what is she deriving from this, what makes you stand out from the other fake foundations who simply extort money from the public?

Just like I said, this has been all about the passion in me. This is what brings me joy. And then, again, I believe that no matter how hard the government tries, they can’t do everything. It’s not possible. People also have to come out to support the government and lend a helping hand to the needy. It’s not necessary that you must have an NGO or a foundation, you can support other existing NGOs and contribute your own quota. Sometimes when I go out and see people begging on the streets and I’m moved to want to help them, my husband would be like, are you the only one who’s driven past these people today? Must we stop every time you see a less privileged person? So, for me, it’s about the compassion in you, it’s either you have it or you don’t.

So, what should we expect from Ewa-Inu foundation on December 17th?

Yes, come 17th of December, we will showcase a lot of them. Like I said, there are about ten of them that we have helped and empowered. They will be present at the event to show to the world what they can do and give testimonies of the support they have received from the foundation. People will get to see them. A lot of them will be performing and showcasing their talents to the world. Some of them will sing, the blind guy who can identify colours will also be there, a whole lot of them will be there. This is the second edition by the way. The first edition, I remember we had a blind man called Sadiq who is sound engineer. He can set up your mixer, handle the entire music set and yet he’s blind.

Why I Set Up Ewa-Inu Foundation 4 Year Ago in The UK – Empress EWADE OMOTAYO was last modified: December 2nd, 2020 by Wale Lawal