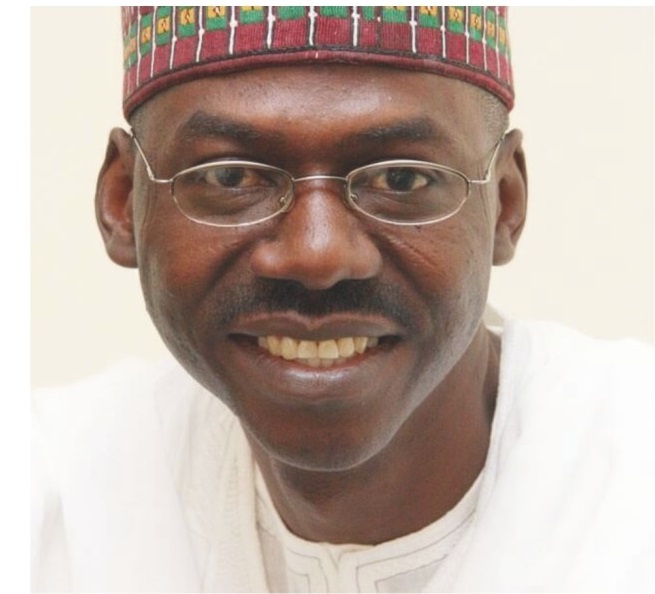 As the race for the Kaduna State Governorship seat hots up, a formidable and strong contender has emerged from Southern Kaduna, he is Jonathan Adamu Kish, a former Legislature in the Kaduna State House of Assembly and a Former Attorney General and Commissioner for Justice. Kish as popularly called is a grassroot politician and has alone worked in different capacities within the political space. He decided to join the governorship race because of his yearning to serve the people.  According to him, my catchphrase is: “the people, my heart beats”. I love the people and my approach to governance will be totally different with the people as my focus. Running for this position is not a decision you take just like that “it requires a lot of extensive consultations which I have undertaken over the years”.

In this interview with City People’s ASABE NDOMA, he spoke about the killings in Kaduna State, how it should be tackled, youth participation in politics and many others.

Sir, you were a Commissioner of Justice’ under late Governor Ibrahim Yakowa, what was the experience like serving under him?

Yakowa was probably the best leader a young person can aspire to work with. He was a father, he had so much experience and he understood the government very well. He knew public administration, he knew politics and he had been a party administrator, a deputy Governor, a Permanent Secretary and local government Chairman. So when you combine these together, his experience makes it very easy for him to lead and mentor people like us, so it was exciting working under him.

Now you want to run for the seat of the Governor in Kaduna state, why have you decided to run?

My running for the Governor is a process that is resolved, but I guess the biggest motivation for running for the public office is service, just purely service. I cannot stand and see things going wrong and complain yet do nothing about it.  If I see a problem, I try will to solve it, that is the kind of person I am. I’m a problem solver. There are challenges that I see and I will like to contribute my own quota in solving those challenges. So I guess the first motivation for me is the call to service. I feel is a very strong call to service.

The second reason, there have been a clamor going back to 2015 for me to run for the office of the governor, I’ve resisted that clamor and call.  I resisted that successfully in 2015 but I am not sure I can do that in 2019.

Why can’t you resist it now?

Because the problems that I see around me are still there. I’ve gone round Kaduna State several times, even yesterday I went to about 17 Local government and what I saw left me grieving. The potentials that we are not be able to maximize or exploit, the human resources that we have and we have not be able to use to bring out people out of poverty, I do not understand it. Those are the things that are driving me.

If you win the election and sworn in as a Governor, what would you bring to the table that will be different from the previous administration?

I think the biggest thing that I have and that I will offer is my love for the people; my heart beat is all about the people.  My catch phrase was ‘the people, my heart beats. My heart still beats for people. When you love the people your approach to governance will be totally different.

I am an idea minded person, ideas come very easily. We will try to bring new ideas and new ways of leading people and then we try to bring in younger people into government, this will help us to see how we use technology to help the people by bringing technology into Agriculture.

So, what will be the three top things to do when you are sworn in as the Governor of Kaduna state?

For how long have you been a member of the PDP?

Is PDP a party to beat?

Absolutely! PDP is a grass roots party.  I feel that despite being  a member of the party, PDP have mismanaged the opportunity they have. There had been massive corruption under the  PDP and we could have handled the security challenges better, but inspite of that, the PDP have done a lot for this country. Practically every community in Kaduna State is connected by road built by the PDP. We misused opportunity but that brand can be repackaged.

As you said earlier that the country has been divided on the issues of ethnics and religious matters. Will your people accept you as a Christian from Southern part of Kaduna?

Two things: first, I will say that the level of the acceptance has been overwhelming, it has been surprisely overwhelming. On Monday, we had a rally in Zonkwa, the southern part of the Southern Kaduna to receive decampees from the APC, no one was given that kind of reception in the venue like I was given.  I was literally carried to the podium and people were dancing singing all manner of songs.

My poster’s were everywhere, people were also wearing T-shirt bearings my image. It  was overwhelming.

About your fears of being a Christian from southern Kaduna whether I will get people’s acceptance, the question I asked is, are we going to remain stuck with this issue of voting based on the tribe and religion lines?  Because the only fear people have on my running for the Governor seat is that, I am a Christian from Southern Kaduna;  they haven’t said I cannot win based on my credential or  the ideas.  I have told them to wake up;  Nigeria is changing, people are not going to be stuck with this religious issue.

I will rather not talk about that! El’rufai has a job to do now and I wish him well

What is your take on “Not too young to run”?

I am actually for it. I think the people that go into public office early, I mean  the young people that go to public  office early have ideas.  They have energy and what it takes to do well and I think they should be encouraged, although sometimes the youngest people can take things a bit too far but I think that we need the youth. We can’t keep on saying that the youths are the future leaders, they need to lead now. So I am in total support of the not too young to run.

Please, could you be kind enough to generally access the APC administration?

So, you think the PDP will be the one at the helm of affairs come 2019?

The PDP needs to get its  right, I am very optimistic that PDP can get it right,   I am not a prophet but if the right thing is done, the PDP will take over power.

Finally sir, for those who don’t know you, just give us a brief profile about yourself?

I am an ordinary simple guy. I am a lawyer by training. I have been practicing law since 1992, I run my own firm called Adamu Gwamji, but is now Karis Kane. I am the principal counsel, that is what I do. I am a Christian  and I believe that I am a God fearing person; I am a very strong person of faith.

I was elected into the Kaduna State Assembly in 2007 as an opposition member where I served as the Chairman Public Petition Committee and the Vice Chairman Science Technology committee in 2011. I was invited to served as the Attorney General and Commissioner of Justice. I’ve traveled around the world excluding (only) South American Continent. I have contacts across the globe. I have a very strong Advocate of Information Technology, I was involved in designing Nigeria IT policy and writing the law that led to the citing of National Information Development Agency. In fact I was a member of the National Advisory Committee on Information and Communication Technology. I’ve written widely, I lecture within and outside the country, I am a married man with three Biological and three adopted children, two have graduated, and three are still in the University and the little one is in the secondary school.

Why I Want Gov. EL-RUFAI’s Job In KADUNA – Hon. JONATHAN ADAMU KISH was last modified: May 21st, 2018 by Asabe Ndoma