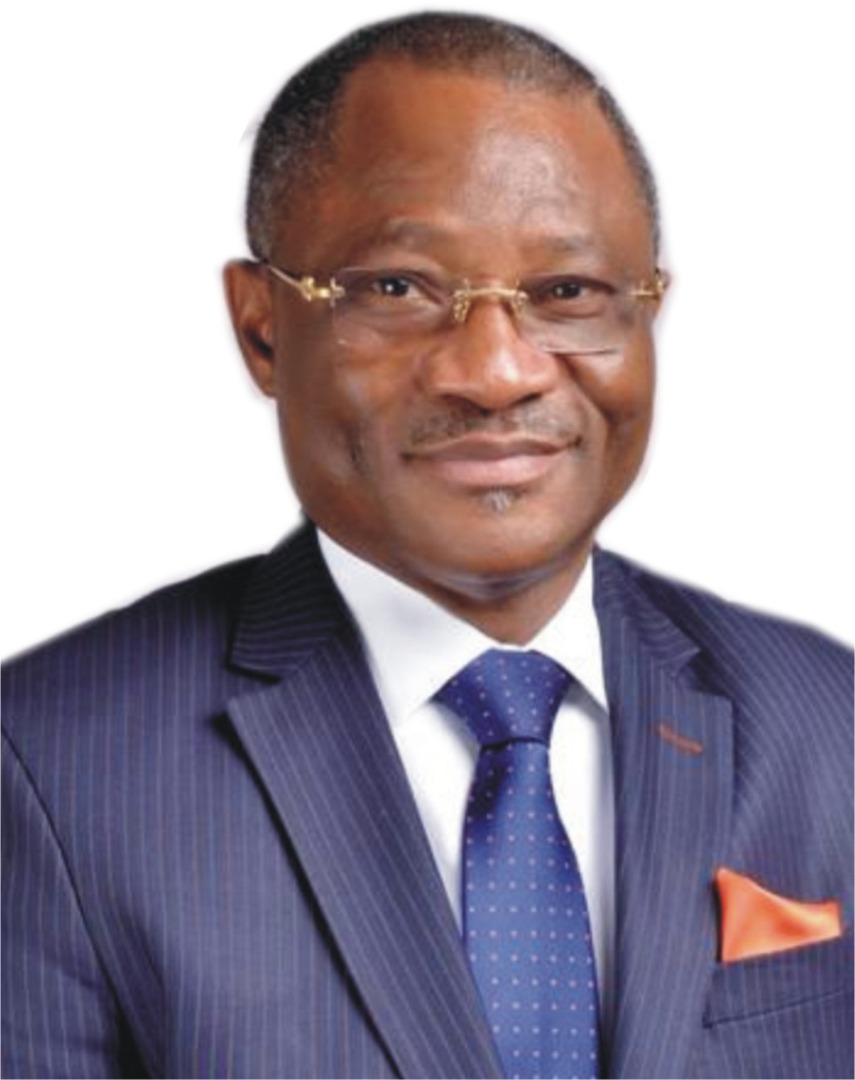 Talk of one influential politician from Ondo State who is close to President Muhammadu Buhari and Engr. Ifeoluwa Oyedele’s name would be mentioned. He is the Executive Director (Engineering and Technical Services) at the Niger Delta Power Holding Company Limited. This successful entrepreneur is a fearless and sound politician. He is a holder of  BSc degree, Electrical Engineering from the University of Lagos in 1982. He is a member of the CPC before it merged with 4 other parties to become APC. Oyedele is now a party chieftain in the State.

Ahead of the 2020 governorship election in Ondo State, Engr Ife Oyedele is one of the leading APC aspirants in the race to get Akeredolu’s job. Recently, City People’s ADEOLA SHITTU was at his Abuja office where he spoke on his ambition and his plan for Ondo State come 2021.

The news about you running for the Ondo 2020 governorship ticket of your party is everywhere, How true is this?

Hmmm, the truth is that there are rules and regulations guiding us in this country mostly when it has to do with elections. The election timetable had just been released and INEC is yet to give the go-ahead. I believe when it is time, we will make it known, but as it is, I will say let’s keep our fingers crossed as we watch things being unveiled.

What inspired you to join the Ondo State guber race?

This question will be better answered when I make my declaration very soon and then I will make plain the reasons and thoughts for my decision to join the race.  On the other hand, I believe that the main purpose of a man’s life is to make an impact on the society by leaving it better than it was, using all the investment that the Lord had made for you, that your country had made in you, that your family had made in you to make a difference in the life of others and your immediate environment. So, if anyone decided to run for any elective position, I believe it’s about the act to offer service at a level that one could make an impact on lives and people at the same time. In a nutshell, I’m inspired to make an impact on life.

Many see you as a technocrat rather than politician. How ready are you for the Ondo State politics?

The fact is that I am a politician and a politician of note, the records are there. I have been a member of a political party and I facilitated the election of many politicians. I remember the last time I saw the former Governor of Ondo State, I was with some of my friends and he told them about our relationship and my involvement in politics during the era of AD (Alliances for Democracy). Again, hardly would any politician write a book without mentioning my name, like for instance, ex-Governor Gbenga Daniel’s book and so many other books on the revolution of politics in Nigeria or the development or progress of politics in Nigeria without mentioning my name. Even in one of Gov El-Rufai’s books, my name was also mentioned. Though I have been more in the national politics than in-state, but that does not mean I’m a technocrat because I’m a member of a political party where I also served as a member, board of trustees. I was a member of the merger committee that gave birth to the All Progressives Congress (APC) and part of the committee that designed the party’s logo. I could recall that the current Minister for Aviation, Hadi Sirika, suggested the party’s name and I was the secretary of the committee in the naming of the party. I was also part of the team that negotiated with other political parties for them to accept the name we tendered to them, that it was All Progressives Congress because other names were suggested and they were the input of the CPC, team to the merger talk. I was also part of the team that coined the slogan of the party. I was the Chairman Oyo State Appeal Committee and a member of the constitution drafting committee and constitution reviewing committee. I was the coordinator, Ondo State presidential campaign in 2015 and in 2019 I was the secretary Buhari/Osinbanjo presidential campaign, I have worked with the leadership of our great party in all areas. So, I’m a politician of note with all sense of modesty, so they should stop regarding me a technocrat, rather I’m a politician.

We all know that the leadership of your party is to decide this, but you as a stakeholder from the south senatorial district, what’s your view on zoning?

You see, anything that is acceptable to the majority of the citizens of a state is what we will practise and that is what democracy is all about. It’s the government of the people and by the people and for the people. So, if the people of Ondo State say that is what they want, I believe the best way to ensure peaceful co-existence is to rotate the major positions in accordance with the senatorial districts in the state. I think it is acceptable to me. We all know that politics is a process and a long journey because what is in practices today may not be in practice in 50 years to come. I go by the majority but the final decision is in the hands of our leaders.

As it is, your party has a large number of aspirants seeking to be the Governor of the sunshine state come 2021. Do you feel threatened by that?

The more the merrier and this is evidence that our party, my party is a vibrant party and again Ondo State is blessed with great human capital resources in the country and I’m proud to be one of them. There are many people who are qualified to be anything in the state and when an opportunity like this comes up, people who have confidence in themselves would show their faces, it’s a welcome development and none of them is a threat to me or my ambition.

How prepared are you for the party primary election?

I am very prepared, I have been trained for leadership position over 50 years to become what I am today. My preparation started right from my primary school days and then my parents imparted some values in me and this gradually followed us to the tertiary institution. In my case, I had been privileged to attend 7 best primary schools during my time. I attended L.A. Primary School in Okitupupo, L. A. Primary School Ode Aye, L.A. Primary School Ikoya, L.A Primary School, Akotogbo, St. Andrew’s. College Demonstration School, Oyo, I also went to Ebenezer African Primary School, Oke-Ado in Ibadan. During my time you couldn’t get a better primary education like that. I went to Government College, Ibadan, that is an institution that has produced the best set of people in Nigeria, the likes of Prof. Wole Soyinka, Dr Kolade, T.M. Aluko, Dr Akinola Aguda, Dr T.A Awe, Prof. Akingbugbe in every human endeavour and the best people in the world. After that, I proceeded to Ibadan Polytechnic when polytechnic education was defined by that school. I went to the University of Ife, you can’t get it better than that. I also went to the University of Lagos, so all these had prepared me tremendously. And career-wise, I have worked all round from public sector to the private sector and now I’m back to the public sector. So, how much more prepared could one be. You see, the election is just a confirmation of what you have been over the years. If you are someone who looks down on other people or of a questionable character then you get your result. As for me and my supporters, we are very ready for both the primary and the election proper.

What has been your contribution to the development of your state?

As an individual, I have affected the lives of the people, I have sponsored people on education and I have inculcated skills in my people and I have been privileged to be part of the process even as an Engineer in the private practice, I was one of the engineers who designed the electrical installation at the stadium which has now been suspended. I was one of the people who designed virtually all the electrical and mechanical installation at the Ondo State University of Science and Technology. I was also one of those engineers who restored power to the Ondo South senatorial district and this is very significant because that part of the state had been living without light for over 10 years. So, many things that I have done to the development of my senatorial district and the state at large.

Recently, the State Chairman of your party said no vacancy in APC ahead of the party primary election, what is your take?

The party Chairman has the right to say that because INEC has not given us the go-ahead. Like I said earlier, I was one of those who drafted the party’s constitution and I understand what he means. But one thing I know is that once it is time, no one will stop anyone from contesting the governorship seat, but as it is, he is correct. For instance, 6 months ago no one was thinking of being a Council Chairman, but today everyone wants to contest. So, the same thing will happen when the time comes for the governorship election. But I’m surprised that such an experienced politician would speak like that. On the other hand, he is correct with what he said, but it’s not because people are not interested.

Tell us about your growing up years.

READ ALSO: WHAT I WENT THROUGH WITH COVID-19 IN LAGOS – MANNY (OKWUDILI) ASIKA