Home News Why I Was Not Happy The Day I Turned 78 – Veteran Actress, MAMA RAINBOW
News 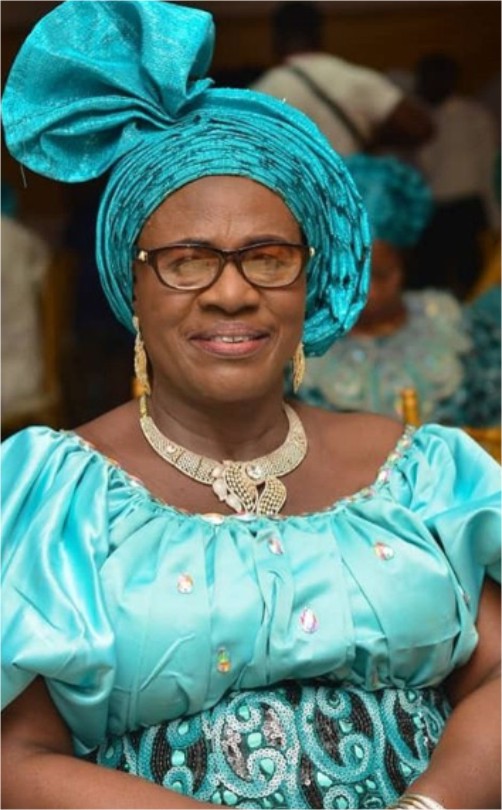 Few days ago, the whole internet bubbled, as the veteran actress, Mama Rainbow released lovely photos to celebrate her 78th birthday. Mama Rainbow whose real name is Prophetess Idowu Philips is a successful actress in the movie industry. She is also a Prophetess. She’s a woman of God in charge of a C&S Church at Ojodu Berger, Lagos. She started acting in 1965 when she joined her late husband, whose group was called, Rabiatu Dance Drama (it is because of that particular play that she was nicknamed Rabiatu). The play was to hold at the Glover Memorial Hall, Marina, Lagos, but the lead actress was not available even after tickets had been sold and there were already so many people in the hall who started grumbling as the play did not start as scheduled. Having noticed that her husband and his managers were agitated, she told them she could play the role of Rabiatu, of which her late husband initially dismissed, saying that she didn’t know much about their work as she was only coming around to watch when she was not on duty at the hospital where she worked. She was a nurse at the time. However, she eventually went on stage and acted the role. They told her what she had to say, and thank God she was able to deliver. The late Chief Hubert Ogunde also attended the play with three of his wives, and he was astounded when he saw her on stage. He then told her husband that he had an ‘instrument’ at home, so he shouldn’t look elsewhere. And that was basically how her acting career started.

Mama rainbow is a role model to many, her colleagues, church members, men, women, youths and adults as many people always troop to her church in Lagos for prayers and blessings. Thus, making her relevant, keeping her dignity and prestige in the industry, even in society till date.

We had the privilege of hosting this living legend on our Instagram Live Chat with Publisher, SEYE KEHINDE and she revealed many things that made her unhappy on the day she turned 78. Below are the excerpts.

There is no secret anywhere, it’s the grace of God. I thank God for His mercy. There is nothing I’m using, I’m eating Eba and Amala the same way people are eating it.

A lot of people really love that your photoshoot, how did it come about?

It is the handiwork of Tiannah, Toyin Lawani in Lekki and she did not collect any money from me. All the clothes she sews, all the hair, all the make-up. She said her Cameraman doesn’t joke with his money but for me; he refused to collect money. All of them did it for me free of charge, I really appreciate them.

How did you and Tiannah meet?

I went to her office some time ago to say hello. I did not meet her that day but they told her that I came. She said she had already put my name in the list of those she’s going to work for in her lifetime. I called to inform her about my birthday and she asked me to come.

So, how did you celebrate your birthday?

Though, I thank God that I witnessed another year but I’m not happy.

It’s the situation of the country. Nigeria is not peaceful. It’s not all the people that I invited that came and those that could make it did not spend up to 5min, why? Because they left their homes at 9 am they didn’t get to my place until 9 pm, so, they couldn’t stay long because they don’t know what they will face again. What is happening outside now is not easy, and it’s all our responsibility to make sure that everything is back to normal. This is the time for us to fight. I don’t blame those youths God is solidly behind them, that is why you see them coming out in numbers. We are suffering in this country. There is no work. There is no salary. Parents couldn’t afford their children’s school fees. Tenants can’t pay Landlord. There is no food. What is our offence? What kind of life is this? I want everybody to listen to my New CD “Fellow Nigerians” It is prophetic and it’s happening already. On my birthday, I cooked to serve Mallams and beggars at Berger, and a man that was corporately dressed in a suit approached me. I told him this is for beggars and he said he’s also a beggar, that he wore the suit to go to a nearby church to ask for alms.

He said he has not eaten with his family for 2 days now. I had to give him food for all his family. The same thing today, we decided to cook for the less privileged, but we ended up given the privileged, people we assumed are okay. People are suffering. Some of us are suffering and smiling. In some family now, it’s the wife that is taking care of the family, why? because the husband has lost his job. And we have people that are embezzling our money. You see people picking food from the refuse. I’m not happy, I only thank God for sparing my life. Nigeria is not peaceful. To crown it all, now you are given a self-contained house 45k Nepa bill, how much is the person’s salary? Enough is enough. If not that I’m old I would have carried placard as well, we must put an end to this suffering. Many of the Youths say they are happy to go there because at least they could get something to eat, and they will not steal, don’t. You said there are many Yahoo boys, why won’t they be many when there is no job? Seriously I’m tired. What is our offence? We don’t have leaders. People are suffering. The worst part is that the poor don’t have access to them, they would rather come to us that is suffering like them. When you see people here, you will think they came to meet one millionaire.

What do you think we can do to solve these problems?

We are begging our government to help us. If our youths are well employed they won’t be causing Chaos here and there.

There are graduates among those hoodlums you are seeing out there. Let there be a steady light, without crazy bills. God is on our side in this country, we are the ones destroying ourselves. People in the diaspora till tomorrow will say we have money in Nigeria more than them. Our leaders are not compassionate. They are not merciful. Some of them are inaccessible. It is so sad. I was weeping within me when that man told me he and his family have not eaten in the last 2 days. I just pray God answers on time in this country because it’s getting worse every day.

Did you ever imagine it will get to this stage in Nigeria?

I never thought it was going to be like this. Things were so easy during our time, when I was raising my kids. So, many things were surplus. We had money to buy so many things. I never imagined it can get to this stage.

What about your career as a theatre practitioner, are you still practicing?

If they invite me, why not? That one has been affected too. Piracy is killing many producers as well. Many producers will be begging you to feature in their movies by all means.

What is your advice for the whole world, ma?

I pray God will change everything for good. We can’t continue like this. If these sufferings go on like this, many will die inside their house and nobody will know. But I know God will intervene by his mercy. God in his infinite mercy will help us pacify our leaders. It is not easy anywhere, but we will continue to pray for them.

Why I Was Not Happy The Day I Turned 78 – Veteran Actress, MAMA RAINBOW was last modified: October 26th, 2020 by City People