Home Movie Gist Why I Went Off The Movie Scene For A While •Pretty Actress, IJEOMA IMOH Tells City People
Movie Gist

Why I Went Off The Movie Scene For A While •Pretty Actress, IJEOMA IMOH Tells City People 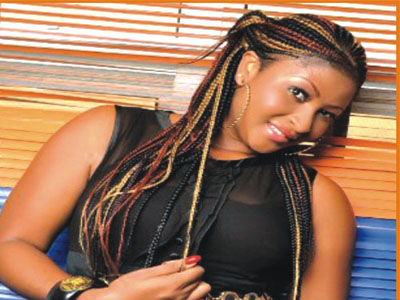 Ijeoma Imoh is one of the pretty babes in Nollywood. Though she is Igbo, from Abia, she speaks Yoruba fluently. And although she’s from Abia, this pretty actress was born and bred in Lagos. She got into Nollywood quite early in life, from her school days. So far she’s put in about 11 years but she had some breaks in between to do other things. Now, she’s fully back and lately she’s been involved in several projects. City People Publisher, SEYE KEHINDE caught up with her last week and she spoke about her life and career. Below are excerpts.

What have you been up to since the beginning of this year?

Its been a bit tough because I am just trying to find my feet again. I lost my mum last year January, and so this year January made it a year. I was trying to wake up from that and this year February. I lost my elder sister, the eldest. So its been rough. As for work, I have tried to shoot a few movies in Yoruba and English. As usual, I have been doing my Voice-over and looking forward to endorsements (Laughs).

How easy was it to go into acting?

It wasn’t easy ooo, but I felt since I couldn’t fit into the 9am to 5pm person, the white collar person. I have always loved Entertainment. I started as a model actually. I did the run way thing. I did the ushering thing. I was now looking for another thing to add to it, so I added acting. I went into the movie industry in 2005.

I had this neighour, a guy then. Each time I talk at home they think I am funny. The guy said since you are funny like this, why don’t you go and join this movie people. I jumped at it. He gave me an address that I should go to one particular production company at Okota, I went there, I didn’t even understand what those ones are saying. I went back to tell the guy who gave me the address. He now got another address for me. He now told me about Winnis. I had to go to Winnis, I met some people and they now told me that Winnis is for later that there is a particular place they all meet in the mornings. That is NCAC at National Theatre. Because I easily warm up to people it was easy for me to fit in. I made friends. I asked a few questions and I knew what I was getting into. I now decided to try it out. And I began to do a few waka pass roles. Thats how it started.

What has been your experience in the movie industry?

Its been ok. But to be fair, at a point I wasn’t really serious with the movie industry because I was in school, so I wouldn’t face it fully. Then I had other things I was doing which got me distracted and I was just doing it for the small change I could get from it. And apart from that, for me it was like once in a while lets go and show your acting skills. You know I didn’t study Theatre Arts. When I was now getting serious I now realised its not easy. Kudos to the ones who have been there. You have a lot of people wanting the same thing you want. Its called Competition. When you get there you have to bring your A-Game to the table. When you go for auditions before you now start to think of Casting. When you now get there you will now see beautiful faces. And you will say wow, these girls are fine, how will I fit in now. You are not even thinking of what they’ve got up there. So, you are already intimidated by all that before you now begin to think of what am I going to say when I get in there and they now start asking me questions. So it wasn’t that too easy. Most of the auditions I actually got was at Winnis. They were mostly waka pass roles. They will just see me walking past and they will say who is that girl. They will tell them she’s new. They will now call me and give me the script. Thats how I got most of my roles. I got some jobs also through recommendations. A few people I worked with whenever they want to shoot they will call me up or recommend me to others. What has helped me so far is the fact that I know I am versatile. I have played a few lead roles and supporting roles and a very few waka pass.

Which movie has been your most challenging?

Every movie is challenging. My job is to keep interpreting roles, so its a challenging role. What I am acting is not my own reality. Its not my own life. Its challenging enough that I have to fit into another persons role.

A lot has changed in the movie industry over the last 10 years. How have you coped?

It has not been easy. A lot has changed in the industry. Even me, I don’t even know who is who any longer. There are so many new faces. Many old faces have fizzled. After the set of Tonto Dikeh probably Chacha Ike, I really don’t know much about the generation that came after them. The cinema thing came in and changed a whole lot of things. Even my own colleagues, the ones in Asaba I can’t even name all of them. A lot of new people have come in. Everybody wants to be an Actor. Everybody wants to act. I don’t know whats going on. At the end of the day, thanks to the Cinema Movies, thanks to the Independent Produers they have moved into the other end of the movie chain to change how things are done. They do their own films. They have broken out fo the old ways. I am still trying to understand the system even though I have been on it.

The love and passion I have for acting. As much as I probably didn’t take it seriously, I realise that if I really want to, I can make a career out of this. Its the love for Entertainment that has kept me going. The passion for expression. Being able to speak and be heard. Being able to speak on behalf of people that don’t have the voice has kept me in there. I don’t even want to leave. I am enjoying it thoroughly. I will keep going. One day it will be my turn to shine like all the stars, like RMD who has been in the industry since the 80s, since the days of Checkmate. My time will come. I will keep waiting.

How easy was it to convince your parents to allow you act?

They understand me. They understand where I am coming from. They know I mean well. There was nothing to convince them about. I have been acting right from my Secondary School. I was the President of Drama Club, the drama school in my Secondary School. They know their Ijeoma is a good girl. The only thing my father said was that I should go and finish school. I should make sure I get good education. It is no 1. I did that part. And I am doing the other part I love.

What sort of a person is Ijeoma?

Haa! Even Ijeoma does not really know. But I know I am a free spirited person. I have had disciplinarians around me all my life. It was all about being strict. I am a very blunt person. As much as I love life, as much as I love everything good, goodie, when I start to face reality, I face reality. I call a spade, a spade.

Why I Went Off The Movie Scene For A While •Pretty Actress, IJEOMA IMOH Tells City People was last modified: August 13th, 2018 by Seye Kehinde