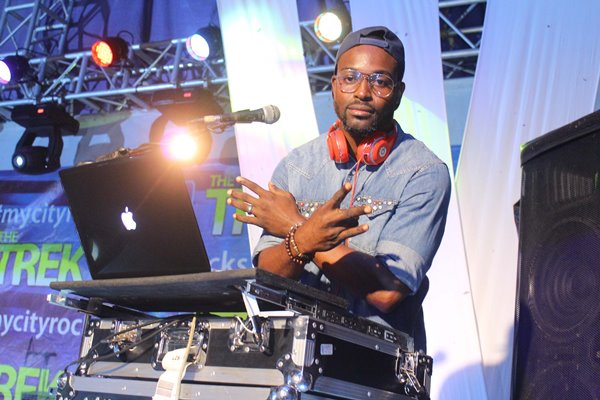 Dj Neptune whose real name is Imohiosen Patrick, is an award-winning Disc jockey & music, producer. He is a graduate of Mass Communication with a high taste for good music with a unique personality. He developed an interest in disc jockeying at age 10. He went professional in 2001 and he has since been the hottest in his sector till date, even coming up with an album last year called Greatness, in which he featured so many top artistes on the album. Greatness is already bagging awards as it is one of the best in 2018/2019. Neptune, who recently visited City People Magazine granted an interview. Below is the interview.

You are one of the biggest Deejays in 2018, how do you feel?

I feel good, blessed and humbled. We did put in a lot of work in 2018 and at the end of the day, we are reaping the benefits. I will say thank you to the media, fans, every music consumer and also to the people who have been booking Dj Neptune.

Are you of the opinion that artistes are making more money than the DJs and the deejays are doing more work?

I think it’s still the fact that people have not opened their minds to appreciate the fact that deejaying is a profession on its own, an act on its own. It is not just about playing music. It is so bad that if a promoter is putting a show together the last person on his mind is the Dj but then if anything goes wrong at the event they put the blame on the DJ which is supposed to be the other way round. We are not where we used to be 10 years ago so I believe it’s just a matter of time. In a few years from now, we will be better and bolder at what we do.

As a DJ who do you relate with more? Is it the producer or the Artiste?

Well, I relate with both of them and most times I co-produce, so I share ideas with the producers and then the artiste because the end result is my main aim.

In most events that you are familiar with, there are some misconceptions when an artiste is on the stage and the artiste is right there waiting for the DJ to play his song and then there is a problem?

It is only right for you as an established artiste to have your own DJ and your band because with this before you guys leave your house you have rehearsal, so when you get on that stage no such error will happen. Because I don’t know your set, when you bring your song to me I don’t know how you arranged it and I don’t know how you want the song to be played. Once you say play I just play so to eradicate that I will advise artistes to have their own Dj’s and few are doing that now.

How do you cope with pressure when you have over 6 to 7 artistes at your back asking you to take their songs?

(Laughs), 17 years in the industry. The respect I have earned for myself can’t be bought anywhere, I have played on a different set and different levels of shows. I actually like it when I am put under pressure that’s when I get to work more and find a solution.

How do you deal with the females?

How far do you think the Album greatness has gone?

When I was making this album, to be honest, I knew it was going to do well because I took my time. It’s over 4 years and that’s because there are some collaborations I wanted to see come to life so I had to take my time. It could have been better but with the response so far I have learnt one or two things so the next project is going to be doper.

As a DJ who will you say is your favorite Artiste?

As long as you are making good music because I work with all artistes I appreciate you and you’re my favorite.

Why did it take you 4 years to put this album together?

I have been playing as far back as 2010, my first single was with MI 123 remix. People actually thought I had released so many albums so four years ago I told myself, its time to put out a body of work but then I wanted it to be perfect not just putting it out there. So, I took my time so I could deliver it well.

Why It Took Me 4 Years To Release My New Album – Popular Disc Journey, DJ NEPTUNE was last modified: August 1st, 2019 by City People