Why Lil Kesh Sacked Me As Manager – Wale Applause OPens Up 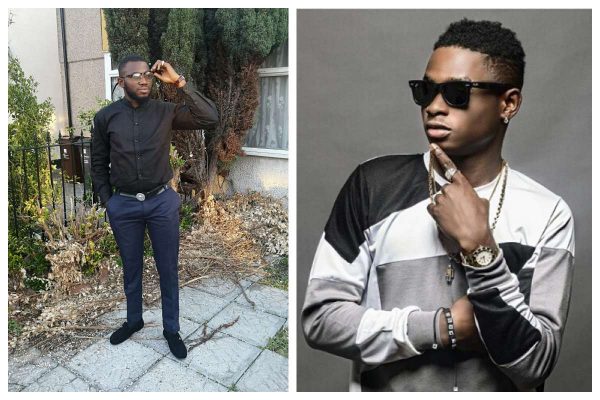 An artiste manager, Wale Applause has opened up on his time in the employ of Lil Kesh, an artiste formerly signed to YBNL.

He also revealed that Olamide Adedeji, YBNL head honcho, sacked him over a Twitter rant in defence of Lil Kesh.

In a lengthy article, Applause said the aim of his expose is to “pass a message to all new artistes”, urging them to “never bite the hand that fed you”.

He wrote in part: “For the first time, let me say this, I gave over 2 years of my life to Lil Kesh, God used me and Olamide to make him a star.

“I remember well when I will put all my friends on the road, all the way from Sango to Elegushi to push Shoki. God bless my friend Dj Consequence, he knows the story.

“There were many days I had to sleep in my rickety Honda, days my friends Aspen and the gang will go to the club to spend money just so Shoki can be played, those days when all that mattered to me was raising a king, Alas, HE SACKED ME.”

‘WHY I WAS SACKED’

Explaining why he was sacked, he wrote: “I cannot be very specific about the time, but it was when Shoki and Dorobucci were blowing at the same time. My sources said to me that Don Jazzy had gone to lobby the MTV base award for Dorobucci and Reekado Banks was going to come on stage to get the award. I was told that what that translated to was that Reekado Banks was going to win Next Rated at the Headies.

Applause said Lil Kesh eventually lost the award to ‘Dorobucci’, a song by Mavin artistes, prompting him to go on a Twitter rant.

The artiste manager said he informed Olamide about his Twitter rant and he was terminated the following day.

He wrote: “I got a shocker the next day when Olamide told me I wouldn’t manage Lil Kesh again because of a Twitter rant from someone like me, only for him to go on the stage at the headies to declare Lil Kesh Winner himself.

“I am sure we all remember how that went. I remember watching the Headies in my father’s house in Ibadan as I was jobless. I cried when Lil Kesh wasn’t given the Award. I wanted him to win it for me.

“I thought my night was bad enough, not until Olamide came on stage to rant and I started wailing. My parents could not console me. I was wailing because all I did was rant on Twitter and I became jobless for several months. Olamide goes on stage to disorganize a well-organized award and he is tagged a hero even by himself.”

He also recounted an incident where Lil Kesh, Viktoh and DJ Enimoney allegedly brutalised a security guard at a radio station.

“I remember one day during the heat of promotion, I drove Kesh, Viktoh and Dj Enimoney to Star Fm. Know what they did, they beat the gateman,” he wrote.

“I mean proper beating. I had to do a lot of damage control for the news not to get out. I am sure till today they must have thought its because they are celebrities.”

Applause also narrated his experience when he was trying to push the songs of the ‘Shoki’ singer on the radio.

He alleged that Olisa Adibua and Osi Suave, both of Beat FM, are guilty of the act.

“The music industry is a capital intensive one and believe me everyone is on the lookout to collect money from you,” he wrote.

“Do not believe 2 faced OAPs like Osi of beat Fm, who come online to act all helpful. Trust me I have been there done that, he is part of the no pay, no show.”

Why Lil Kesh Sacked Me As Manager – Wale Applause OPens Up was last modified: October 12th, 2018 by Damilare Salami