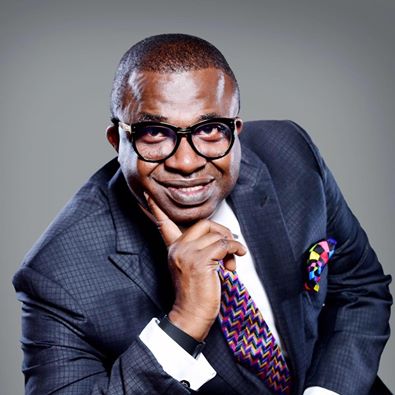 •Reveals How Men Can Still Get Their Partners Pregnant

The medical condition of a man whose Semen contains no Sperm or otherwise a complete absence of sperm from the fluid ejaculated during orgasm (semen) is called Azoospermia.

Azoospermia may occur because of an obstruction in the reproductive tract or inadequate sperm production. Men who don’t have sperm in their semen have a condition called azoospermia. It happens to about 1% of all men and 15% of infertile men. There aren’t really any symptoms that you’d notice, but if you’ve been trying to get your partner pregnant without success, this condition could be the cause.This is one of the biggest problems faced by men and hence the need for awareness. This very worrying issue and its causes, treatment and prevention  was what was  shared in a live programme by Dr. Abayomi Ajayi, the popular Lagos gynaecologist and boss of Nordica Fertility Centre.

He is one of the most respected medical practitioners and fertility experts in the country and he has become very popular among Naija celebs. Hear Him:

What I will be sharing with you today is an Infertility issue known as Azoospermia which simply means No sperm count. Yes. Here is also No sperm count. but our focus is how men can actually have babies or father a child with no sperm at all.

You might have a problem that keeps your testicles from making sperm or that stops sperm from getting out of your body, all this can be traced to Azoospermia.. There are 3 main types of Azoospermia:

Your testicles are normal, but your body can’t get them to make sperm. It might happen because of low hormone levels or after you’ve had chemotherapy. This type is pretty rare.

Damage to your testicles keeps them from making sperm normally.

Your testicles make normal sperm, but something keeps them from getting out. Reasearch has shown that about 40% of men with azoospermia have the post-testicular type.

There are many factors that can cause this”.

Genetic factors can cause pre testicular, testicular, and post testicular azoospermia and include the following situations which is when the frequency of chromosomal abnormalities is inversely proportional to the semen count, i.e There is a problem in the chromosomes, that also can be detected but after the testis, infections can play a large role here, actually after the testis, the first two I discussed, being testicular and pretesticular are usually non-obstructive causes so after the testis, it is usually an obstructive cause. Here we have infection particularly sexually transmitted infections, injuries, for example you play football at school or you fall into a man hole and then you injure your delicate area, this might finally end up in azoospermia, another one is if you have had hernia surgery which is done by an inexperienced doctor, and he clamps the tubes that is supposed to be conveying sperm cells from the testis down to the urethra then you can have a problem with this. The genetic component is also coming up, we often know that 10 or 15 % of men with low sperm count or no sperm count at all have a genetic cause. And now these days, we are getting so many things to do more with genetics, this can be prevented from being transmitted to offsprings. One of the problems we had before was people were saying that we were getting peoples sperm which normally will not fertilize eggs, and we are getting them to fertilize eggs, and therefore some of the children will inherit some of these. Majority of these kids are from people who had non-obstructive azoospermia which because it is genetic can be transmitted to the children, but ofcourse in our own way we can prevent all this but you know this are all discussions that come in when some men are diagnosed with azoospermia.”

“Like I said for you to do diagnosis, you need 2 samples of semen to be examined, and then the doctor will take time to examine such a man. The examination will include general examination and then examination of the testis and might also need to do a scan. The general examination is important because we might be able to discuss if that person has hormonal problems and then for the testis to be examined, for us to see what the volume of the testis can we be able to work with and like I said, scan is important in order to see and know that there is no tumor because sometimes like I said, it might be cancer that is lurking somewhere and it is better if it is diagnosed early.

How do we manage people with azoospermia or No sperm count? There are 2 main groups of Azoospermia:  non obstructive azoospermia which is either pre testicular or testicular and Obstructive Azoospermia which is usually post-testicular. For this people, Counselling is very important here and like I said this issue might be a life changing thing because the man might just suddenly lose interest in everything if he is not well handled because even the emphasis we play a lot on, on reproduction issue in this part of the world, how men believe that they must be fathers, we know that reproduction is a human right but we need to make some decisions. Counselling is important to make this people understand what the diagnosis is and to be able to live with this diagnosis so this can not be over emphasized in this kind of situation”.

“Genetic analysis is also very important especially in non obstructive azoospermia for it not to be transmitted to the child that is yet to be born. If the risk is very high then the idea of being able to use donor sperm may have to be put on the table  but if the risk is not so high and you don’t mind sometimes if it can be transferred to the offspring then a small surgery can be done where the doctor can go to the testis especially when it is obstructed. It is certain that they bring out sperm but if it is non obstructive,the sperm might be difficult to bring out in a 50% situation. This sperm that is now retrieved can then be used. The problem is that if no sperm is retrieved then we don’t have a choice than to use donor sperm”.

“That is one other aspect that we need to talk about, in some cases there is no other choice than to use donor sperm especially like I said, if we don’t get sperm from the testis or we do per genetic analysis and see that the chances that this will be transmitted to offspring is very high because it depends on what we are dealing with and then the donor sperm thing might need to come in here”.

“For you to use a donor sperm, ofcourse you need a lot of counselling to take that courage, to cross the hurdle, you need a lot of support at this stage, and that is one thing that we say, so many people especially Nigerians don’t like that support.it is very important that we get all the support we can get. The issue of donor sperm is a very important aspect of the treatment when there is no sperm but thankfully the use of donor sperm is reducing because of all the technology that we have been able to achieve now, we also hope that in the future this might also be eradicated because of all the work that going under”.

“In the future, sperm cells might be taken to be cultured in the laboratory but that is not for now. Because of the gravity of this condition of azoospemia, there is no other place where you can say prevention is better than cure because there are so many things we can do to prevent men from having azoospermia. Unfortunately, for the genetic condition ,it might be difficult to prevent because except you are doing a pre implantation genetic diagnosis, that is taking a sample from the embryo and then examine it to see the type of genes that are involved or using donor sperm, but apart from that the ones that can be prevented are usually lifestyle related, you can avoid activities that will injure the reproductive organ, especially in some sport where you have to pad your reproductive organ to prevent injury ,then things like prolonged cycling, you need to be careful. Any sport that can injure the reproductive organ, you need to be protective of it, even football, just protect yourself. It is important to avoid radiation exposure to the reproductive organ especially the testis. Don’t place your phone inside your trouser pocket , or place your laptop on your reproductive organ, then you can avoid medications that could harm sperm production especially hard drugs.you need to avoid them.The way  people drink or take alcohol ,you will be alarmed because it is one of the major problems in reproduction but ofcourse we can only say the obvious things. Avoid any exposure of the testis to hot temperature like long distance driving and sauna.

There is no drug for azoospermia, but only Hormonal replacement. Low sperm count can be reversed depending on lifestyle factors. To be able to assure you that you can even have children when you don’t have any sperm in your semen, ofcourse you will need one help or the other. Please take advantage of facilities in Infertility Centres. There is always an advantage in counselling. People think they are strong in this part of the world that they don’t need counsellor but counsellors even need counsellors, so in this kind of place where we put a lot of premium on children, it puts a lot of pressure on couples who are going through infertility, so counselling is important. And also there are support groups, peer groups, take advantage of them because you will meet people who are going through the same experience and sometimes the experiences they share, you can learn from it so don’t stay away and be facing it alone. It is about the most difficult challenge couples face, don’t isolate yourself, it makes it worse. Please take advantage, of counselling and fellowship with people of like problems and you will get more from people who feel that same way you feel than we the doctors.

READ ALSO: I NEVER THOUGHT I WOULD BECOME A KING 30 YRS AGO – OSINLE OKE ONA, OBA ADEDAPO TEJUOSO OPENS UP

Why Many Men Now Suffer From No Sperm Count – LAGOS Fertility Doctor, ABAYOMI AJAYI Explains was last modified: May 20th, 2019 by Tayo Oyediji

I Never Thought I Would Become A King 30 Yrs Ago – Osinle Oke Ona, Oba ADEDAPO TEJUOSO Opens Up

Expert Reveals How Too Much Of Local...