Home News Why Many People Run Away From Online Banking
News

Why Many People Run Away From Online Banking 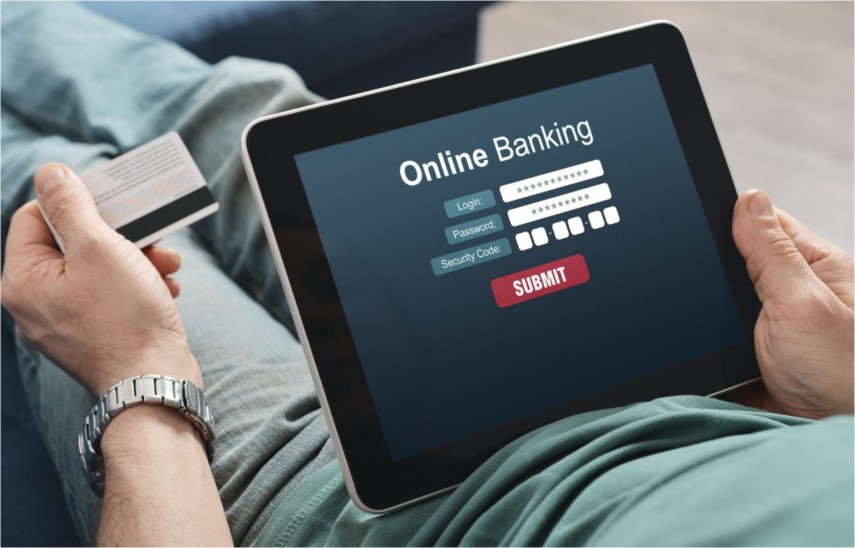 •What They Won’t Tell You

Despite the changing pattern of the world over into a digital clime, a whole lot of people have chosen to remain in the old normal and rather see the global revolution as strange or abnormal.

This affects the way we trust the computerization of processes and ways of life. While some people consider online banking in its current state to be secure, others retain a degree of reservation for the digital experience; from service providers and their customers. Some feel anything other than physical meeting exposes them to security risks.

In today’s banking system, many activities are handled electronically, and the phenomenon has made time and distance irrelevant to many transactions. The transformation from the traditional banking towards e-banking has been a ‘leap’ change.

However, some users or customers have remained rigid in their perceptions and have decided to continue to operate in the old normal. They don’t own ATM Cards, they don’t have banking apps, they still prefer to fill their withdrawal/deposit slips and endure the seemingly unending queues in the banking hall to make petty withdrawals.

City People made some findings and brings you 5 reasons why some still prefer the old banking system.

Some IT Gurus have expressed their reservations on some evident design flaws that many online banking sites have today. They fail to protect users who don’t know the basics of internet security. An incomplete transaction that eventually caused the customers to be debited, while he calls, visits, and complaints for months may discourage the customer to ever attempt such transactions anymore.

A customer in one of the big commercial banks once complained that his ATM card was with him while he got a debit alert made from an ATM machine; a transaction he never initiated.

One of the major complains on online banking users is an unsolicited debit on their accounts. Some of the issues bank customers face are unfair or unexplained charges, poor customer service by bank staff, unauthorized transactions on customer accounts through bank transfers or ATM withdrawals etc.

For prospects who are still doubtful to whether to activate their online banking and reading heaps of complaints of unsolicited charges by frustrated customers, the choice will be to remain a conservative customer.

For banks trying to garner new clients in the developing world, illiteracy awareness is extremely important. Many countries around the developing world still have high rates of illiteracy, and most financial services are not designed well for illiterate users. This means that tens of millions of people around the world cannot be effectively reached with financial services. As many of them may not want to admit, digital illiteracy constitutes the major reasons why some customers will never attempt to sign on for online banking.

Sometimes too easy access equals too easy spending. It’s simple to drive up, withdraw the cash, and go on your merry way, without remembering to subtract the amount from your account. And you keep doing it, until the day you’re overdrawn.

This is the perception that some account holders have with the easy means of withdrawals that come with the use of ATM; It makes withdrawal too easy. Hence, one may be tempted to keep taking money from the bank anytime something appeals to the holder. Therefore, some people believe, it is better to keep and not subscribe to the use. These users will prefer to walk into the bank for as many times as they will need to withdraw money. They equally suffer in the conditions where the money is needed urgently but its either a weekend or a public holiday.

Some people believe the online banking system is too technical and they may never adapt to the technicality.

That excuse may not be able to fly anymore. Banks are constantly making improvements to simplify and improve the online banking and mobile banking experiences to encourage more use of these platforms.

They do it because it saves them money when fewer people visit branches to conduct transactions. You benefit because you don’t have to make the trip to a branch or ATM.

Over time, you’ll realize that the convenient beats what may seem to be “too technical.”

Online banking is the future of electronic financial transactions. The rise in the e-commerce and the use of internet in its facilitation along with the enhanced online security of transactions and sensitive information has been the core reasons for the penetration of online banking in everyday life (Papers4you.com, 2006). According to the latest official figures from the Office of National Statistics (ONS, 2006) indicate that subscriptions to the internet have grown more than 50% from 15 million in 2000 to 35 million in 2005 in the UK. It has also been estimated that 60% of the population in the UK use the internet in their daily lives.

READ ALSO: WHY I LEFT CELE CHURCH 37 YRS AGO TO SET UP MINE – CELICA CHURCH OF CHRIST FOUNDER, PROPHET ADEONIGBAGBE

Why Many People Run Away From Online Banking was last modified: August 10th, 2020 by Seun Emmanuel

Why I Left Cele Church 28 Yrs Ago To Set Up Mine – CELICA Church Of Christ Founder, Prophet ADEONIGBAGBE