Why Many Producers Now Go For DESTINY ETIKO 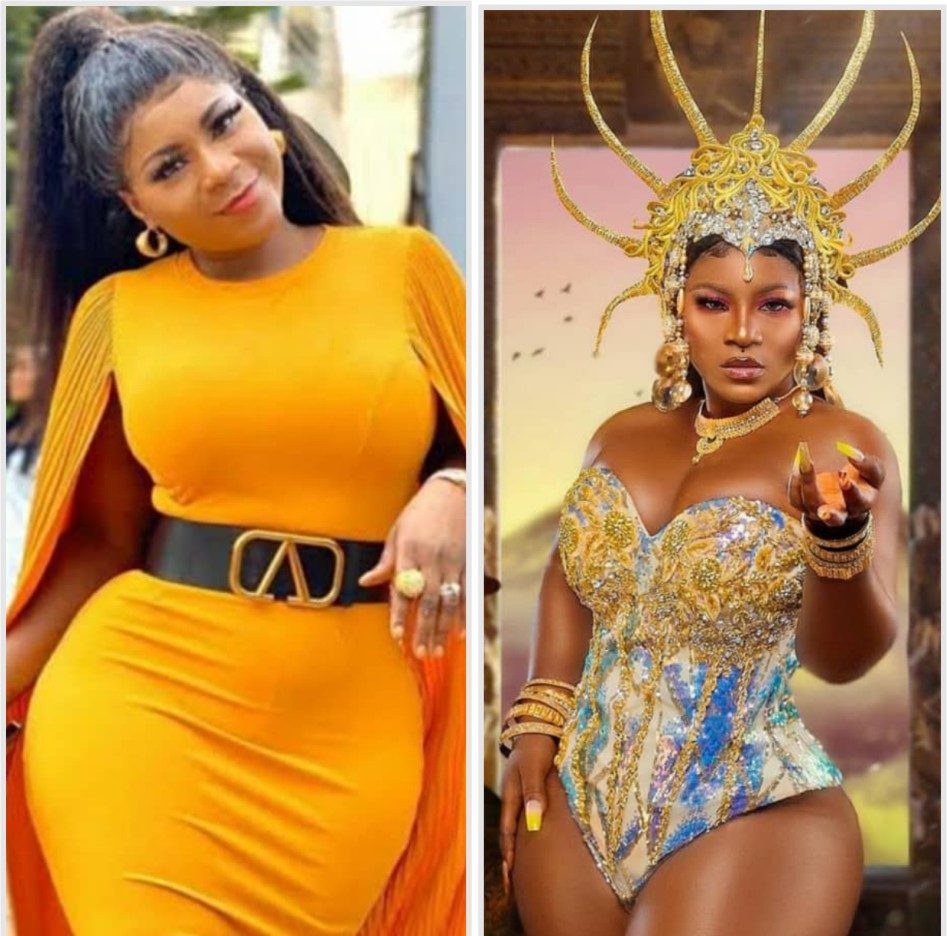 •The Story Of The No 1 Actress In The EAST

Award-winning actress, Destiny Etiko has remained one of the most sought after actresses in the East.

In the last few years, she has achieved far way more than most of her colleagues and her contemporaries could only dream of. This beautiful actress is currently rated number one in the East considering all her achievements in the industry.

She has emerged every producer’s delight as her fan base keeps increasing daily. She is no doubt a good role interpreter and her face on any movie sells it fast. Also lately, she has been featuring in lots of skits and short drama on social media, which lots of fans love compared to the regular movies.

Destiny Etiko remains the most talked about actress in the East. She is always in the news for the good and the bad which has somehow increased her fame drastically within and outside the country. Take, for example, she clocked 32 years few days ago and her fans in different African countries like as Senegal, Ghana, Sierra Leon, Gambian and others organised a party on her behalf with customised T-shirts to celebrate her big time while some even sent her cash gifts to show how much they love and appreciate her.

When Destiny Etiko clocked 31 years old last year, she bought her mother a beautiful house to appreciate her.

She shared the picture of the house on her Instagram with a beautiful message “in my own little way my backbone… I give to you this little token for all the love you have shown my siblings and I. The future will be better”.

Despite her short period in the movie in industry, she has been awarded both home and abroad for exceptional role interpretations in movies.

She has also been given endorsement and ambassadorial deals by lots of brands with mouth-watering offers.

She is currently one of the most followed movie actresses from the East.

Many also describe her as a cheerful giver, as she always gives back to society. She always shares food and clothing items most especially with the people in Enugu.

Despite having exotic cars in her garage already, she acquired Landcruiser Prado Jeep a few months ago with a customised plate number.

“Drama doll”, which caused a lot of controversy on social media.

The pretty actress who also clocked 32 years few days, had a grand celebration, besides hosting an exclusive party. She gifted herself a mansion to celebrate 32 years, which she tagged “A Birthday Gift From Me To Me”.

The breathtaking edifice is located in Enugu.

She equally launched Destiny Etiko Foundation, which is channelled on Girl Child Education & Poverty Alleviation and her first humanitarian work was in her home town, Eke.

Beautiful and curvy actress, Destiny Etiko is one of the pretty actresses currently making waves in the industry. She interprets her roles so perfectly in movies and this explains why producers enjoy featuring her in movies.

For many who are not familiar with her journey into the movie industry and her background, she hails from Udi in Enugu State, completed her primary and secondary school education in Enugu State. She graduated with a degree in Theatre Arts from Nnamdi Azikiwe University in 2012.

After her National Youth Service Corps in 2014, she became very active in stage plays and school drama and while in University, she started acting in movies as a minor character.

She equally joined the Actors Guild of Nigeria (AGN), Enugu Chapter to register as a professional actress and also started attending more auditions. She was selected to feature in several movies and within a short period, she upgraded to getting lead characters till she became a superstar.

Destiny Etiko never relented in her desire, dreams, aspiration not just to get to the top but remain there. In 2012, she rose to prominence after her outstanding performance in the blockbuster movie titled “Idemili”, an epic tragic movie, directed by Ernest Obi, and the movie also featured icons such as Pete Edochie, Patience Ozokwor, Ernest Obi, Cynthia Okeke, Uche Odoputa, Yule Edochie amongst others.

Her role in the movie gave her the big break in the industry and instantly made her a household name and gave her several awards. Besides this award-winning movie, she has equally featured in movies such as Black Xmas, School Trouble, Airline Babes and many many others.

Destiny Etiko is a force to reckon with in the movie industry.

She has been able to create a niche for herself in the industry and her humble and friendly nature has attracted her to lots of stars and filmmakers in the industry. And this explains why producers and directors will choose her above her other colleagues in the industry. She is the complete definition of “A Total Package”. She is blessed with the looks and curves and skills that stands her out amongst her, contemporaries in the industry.

She is equally very consistent in the industry, featuring in outstanding movies back to back. Her creativity has also earned her a space among the highest paying stars in the industry. Destiny Etiko also features both in English and Igbo, which she does so passionately, so you cannot help but love her. If you don’t love her in English movies, you will definitely love her interpretations in Igbo movies.

Aside from acting, she is a brand influencer, model and brand ambassador for a lot of reputable companies and brands. And in the course of her career, she has bagged lots of awards and is presently rated one of the most followed actresses in the Eastern part of the country with over 2 million followers on Instagram.

Many criticise her for always flaunting and exposing her sexy body on social media but take it or leave it, she is one actress that enjoys doing what she finds happiness in. And above all, she loves people around her and holds veterans in the industry in high esteem, and that is why a veteran actor like Pete Edochie doesn’t joke with her issues. He’s always playing the fatherly role in her life.

Destiny Etiko has remained one of the most loved and admired in the industry whose rating keeps increasing on daily basis.

Why Many Producers Now Go For DESTINY ETIKO was last modified: August 24th, 2021 by Biodun Alao