Why MOUKA Foam Still Dominates The Market 60 Years After 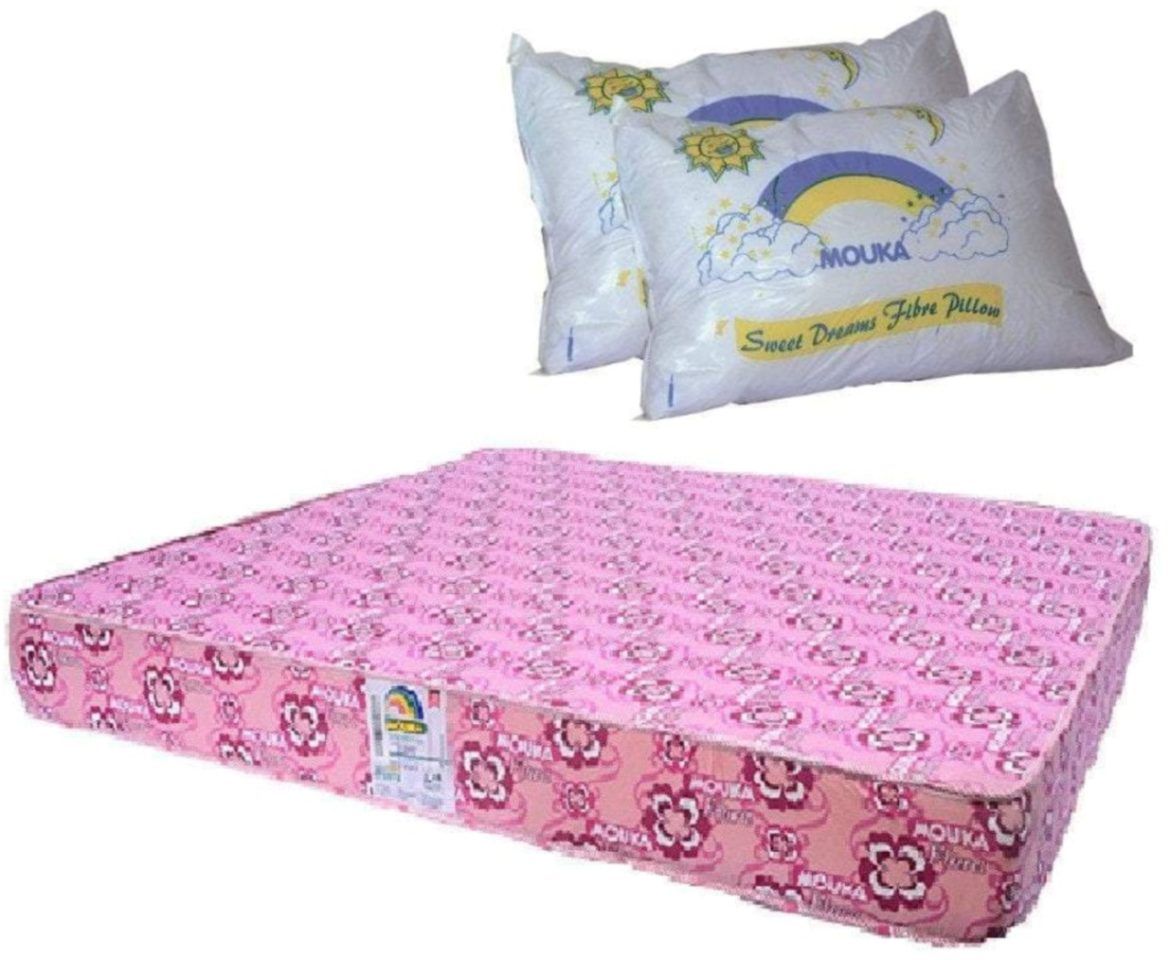 A good night’s sleep is vital to our physical health and emotional well-being. That’s why the benefits of good sleep should never be underestimated and why getting proper rest on a regular basis isn’t just a good idea, it’s an essential one. Recent research revealed that one of the dangers of having a good sleep is stress which ultimately leads to suicide. Remember that suicide is already a trend all over the country and one of the easiest ways to prevent it is to have a good sleep. A medical practitioner, Dr Chris Okafor, National Secretary, Association of Clinical and Academic Physiotherapists of Nigeria explained that a good sleep helps reduce stress, can improve your memory, lower your blood pressure, helps your body to fight back, maintain your weight, puts you in a better mood, reduce your chances of diabetes, helps keep your heart healthy. Good sleep can be a painkiller and ultimately makes you smarter, he concluded. However, the surface (mattress or foam) on which one sleeps determines how “good” or relaxing the sleep can be. An expert revealed to City People’s Brands & Products that the hallmark of a good mattress is embedded in its ability to provide comfort, support and pressure relief.

MOUKA FOAM FROM ONSET TILL NOW

The foundation for Mouka was laid 60 years ago in the historic city of Kano when the scion of the Faiz Moukarim family started the Moukarim Metalwood factory to manufacture furniture and iron beds. Since then, Mouka has gone into the manufacturing of foam and spring mattresses, as well as other bedding products at its three production facilities across Nigeria. The company has also developed an extensive distribution network with more than 1,000 branded sales outlets nationwide. It is manufactured and marketed by Mouka Ltd, a company with specialities in home and office furniture. Examples of other products manufactured by the company include pillows, duvets, industrial sheets, etc. Mouka Foam has a long distribution chain, with some three hundred and fifty multi-generational distributors in Nigeria. It also has more than a thousand branded sales points across the country. Its production facilities are strategically located across Nigeria. Indeed, it has achieved brand loyalty status and received several local and international recognition, including the “Mattress Brand of 2017” award bestowed on it by the African Brand Congress Nigeria. It has a state of the art.

OTHER BRANDS OF FOAMS IN NIGERIA

Mouka is not the only furniture and mattress producing company in Nigeria. The biggest competitor is Vita Foam which has overtime also had a good chunk of the market slice. Others are Vono Foam, Sara Foam and Uni Foam.

“Customer they say is king,” this was the reason City People’s Brands & Products took it upon itself to know which brand has truly served Nigerians better. It recently conducted a market survey. And as expected many consumers responded. The respondents adjudged the brands of mattresses based on yardsticks such as affordability, durability, comfort, luxury, etc. In this vein, one of those we aired their opinions was Mr SegunAkomolafe. He said that family and house Mouka Foam at home because the brand is very durable.

Abdullahi Mustapha, another mattress user in Lagos, said has been using his Vitafoam mattress for almost ten years now and that he still enjoys it whenever he sleeps in it. “Actually, both brands are good. I’ve been to people’s homes where I had to sleep in other mattresses other than mine. But as for me, I think Vitafoam is the best. It is very comfortable to sleep in and equally durable. I’ve owned my Vitafoam mattress for almost ten years now” he said.

Arinola Elegbede is a student at the University of Ilorin. She said “I have been using Mouka foam since my first year at the university, I am now in my final year and I have not changed it. For me, Mouka is the best. We also use Mouka mattresses at home, here in Lagos and my parents have never complained.”Mouka is generally believed to be a lot better than Vitafoam. However, my mom has a Vita foam that is about 20yrs old she uses and I’ve changed two Mouka mattresses within 5yrs.” Adeola Meshileya said.” Mouka gang all the way. I think vita has lost its glory… I go for Moukaany day, ” Ijeoma Kalu. Adekola Buraimo says ‘I have used both brands in the past and I prefer Vitafoam’. Kolade Akeem “Mouka foam any day. Don’t say I didn’t warn you. I’ve been using it for 8 years. So nice.” Oboh Maria says “Mouka foam is a brand name for quality as Peak Milk is the brand name for quality milk. I used Mouka at the boarding house for 6 years and was still intact till I pass it down to juniors, unlike other mattresses that would have compressed.”

Mr Raymond Murphy, the Managing Director/Chief Executive Officer, CEO of the company explained to journalists in Lagos that “the last 60 years has been a long and successful journey for Mouka,” adding that the company has built an enduring brand in the last six decades. He described Mouka as a truly indigenous company as it is staffed by about 801 employees, with him being the only expatriate.

“This is a big milestone for us. At 60, we are the market share leader in the foam and beddings sector. Recent research, according to some marketing professionals whom I met on my last trip to Dubai also attest to the fact that Mouka is not only the leader in Nigeria but also in Africa and the Middle East,” he said.

Mouka, was last week, endorsed by the Nigeria Association of Orthopaedic Manual Therapists (NAOMT). The endorsement comes on the back of consistency in quality delivery and innovative mattress production, which have characterised the brand’s market path in Nigeria. National President of the association, Dr.Onigbinde Ayodele, described the endorsement of Mouka as an offshoot of a detailed assessment of the brand’s orthopaedic mattresses.

The last few years have also been a harvest of laurels for Mouka. For instance, the foremost foam manufacturing company, was last month recognized by the National Employers Consultative Association (NECA) for a safe work environment. This is anchored on its 2018 Occupational Safety and Health (OSH) audit exercise following what the Association described as an exceptional performance by the indigenous manufacturer.

Before the NECA recognition, the foremost indigenous mattress and foam products manufacturer has been recognised twice by the London Stock Exchange Group (LSEG), in the group’s Companies to Inspire Africa report.

Mouka was listed in the – LSEG’s companies to Inspire Africa 2019 report after it made the 2017 inaugural edition. Speaking, Chief Executive Officer, Mouka, said the foam company had to work earnestly to consolidate its performance in the sector to make the list of companies to inspire Africa for the second consecutive edition.  To be included in the list, companies need to be privately held and show an excellent rate of growth and potential to power African development.

Mouka was recognised alongside 360 companies from 32 countries across the continent represented in this year’s report, boasting an incredibly impressive average compound annual growth rate of 46 per cent, up from 16 per cent in 2017.

Mouka has an array of products for different categories of people, class and size. Whether old or young, Mouka has a product to suit everyone’s taste. Some of the products according to the company’s Head of Marketing, Tolu Olanipekun include Mouka Dreamtime for Children. This is a water-resistant bed specially designed to guarantee children’s comfort.

Mouka Comfy Mattress this is specially designed for young adults. It is mostly used in school hostels and NYSC orientation camps.

Mouka Mondeo Spring Mattress gives you an enhanced sleep advantage. It’s embroidered covering not only looks good but protects the foam from active wear and tear. You will love the uniqueness of this mattress because of its simple quality Flora to the core. All-round quilted medium-strength mattress for extra comfort and durability. Covered with 100% cotton and has its borders in luxury jacquard that adds extra beauty. Suitable for persons with combined weights of up to 160kg.

Mouka’s addition to a comfortable sleep is the new insecticide known as Mouka Mozzi. Mouka Mozzi range of products contains an active called Permethrin, which is a natural ingredient extracted from plants. This active ingredient neutralizes a mosquito’s flight sensors and prevents landing (if mosquito cannot land, it cannot feed and transfer disease). Mouka Mozzi products create a protective environment that paralyzes insects so they become inactive. This protective halo also protects your family against other insects and microscopic pests.