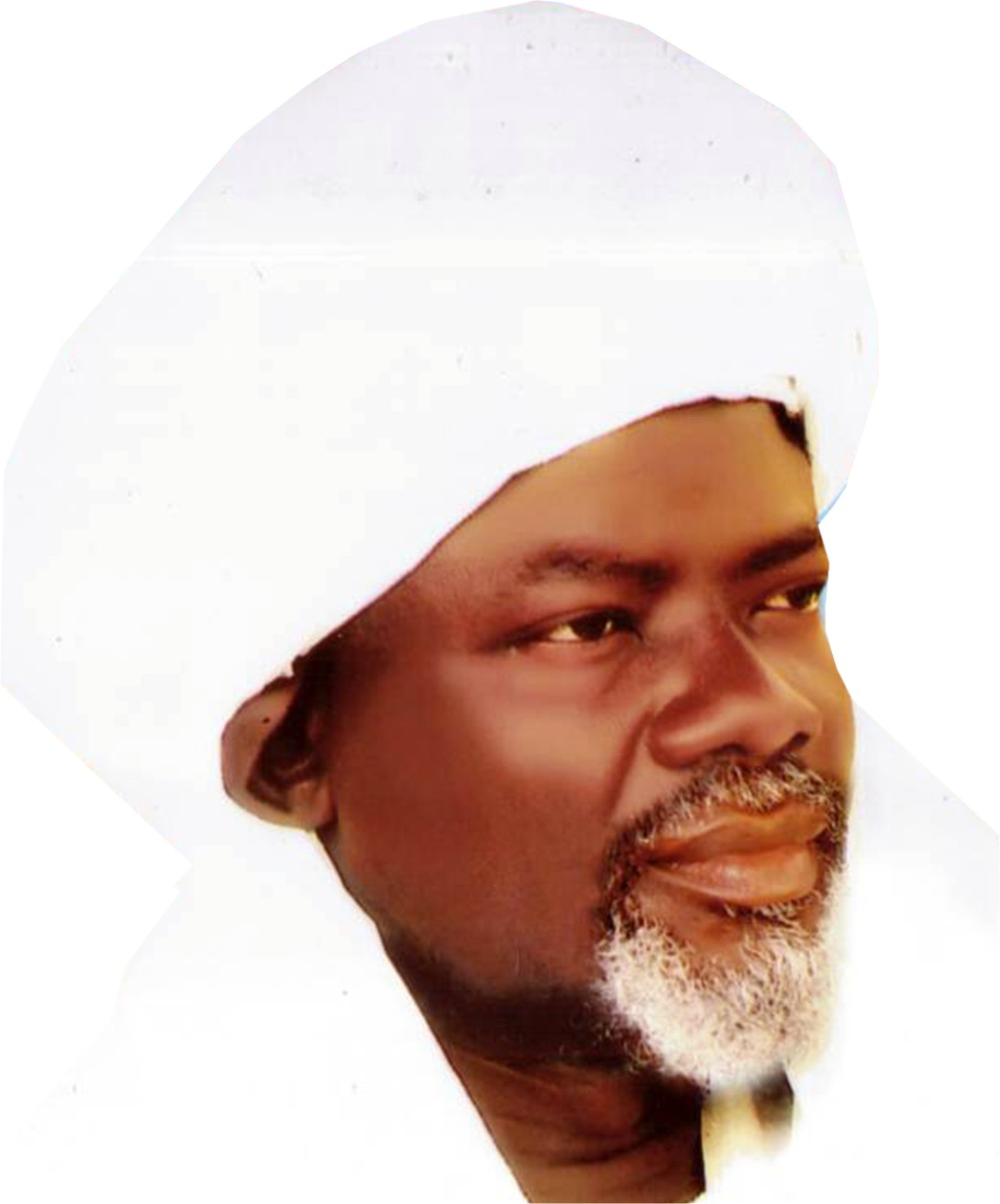 Eid-el-Kabir, the biggest of Muslims festival is celebration of salvation and appreciation of believers that Allah in his infinitive mercy spared the life of Ibrahim’s first son, Ismail. God saved Ismail from being slaughtered as a sacrifice to Him as He had earlier ordered Ibrahim.

The sacrifice on mount Horeb, however, still took place as God replaced Ismail with a white ram and told Ibrahim to kill the ram instead of Ismail. Relief and happiness literally descended on Ibrahim as he slaughtered the ram in place of his son. What a wonderful God. A merciful and benevolent God.

Immediately Ibrahim completed the rite of sacrificing the ram to God instead of his son, he told Ismail. “Let’s go home. It is time to go home. “Ileya” is held in the 12th Lunal calendar month. It is three Lunal months away from Eid-el-Fitri or the end of Ramadan, a month of compulsory fasting for the faithful.

This year’s Eid-el-Kabir comes up, on August 22, and festivity is already in the air. Muslims  all over the world are looking up to the ‘D’ day to commemorate the day God showed mercy to Ibrahim by replacing Ismail with a ram as the object of sacrifice that was slaughtered.

On the ‘D’ day, before the killing of rams in the homes of Muslims who could afford them and cooking of variety of food to kick-start the merriment for the day, the faithful would have gone to Yidi, a special praying ground for a special prayer to mark the day. At the Yidi, Imam who leads the prayers is the first person who will slaughter a ram at the praying ground. This would be replicated by the faithful as they return to their various homes.

As millions of rams, sheep, cows and camels are slaughtered throughout the world on Eid-el-Kabir Day to mark a thanks-giving service on the 10th Dhullihijjah, the 12th lunal month.  A day earlier, the 9th of Dhullihijjah, pilgrims who are on journey to Mecca and Media in the Saudi Arabia would convocate to become full fledged Alhajis and Alhajas and slaughtered their rams descend in a Mount Arafat.

That, of course, is the meeting point of Eid-el-Kabir and Ka’bah, a holy site of prayers built by Ibrahim   and Ismaila. Ka’bah could be regarded as one of the earliest and holiest spiritual tourist centres in the world. The missioner of Safuadeen in Islam world wide, Rosul Sabitu Olagoke, told City People that Allah instructed Ibrahim to build a house of prayers at the present day Ka’bah site and after the completion of the constructions, Allah told him to call on people, most of who were not on sight, to come and worship God.

Ibrahim carried out God’s instruction calling on people whom he could not see to come for worship as the site and its neighbourhood were nothing but wilderness. Surprisingly, a few people came as they responded to God’s summon through the beckoning of Ibrahim in Obedience to God’s directive.

Olagoke, who is a Professor of Engineering and a former head, Engineering Department of the Federal Polytechnic, Ilaro in Ogun State, said that Ibrahim’s call on people to prayers is being yearly answered by people from different nations throughout the world, but there was what he called interregnum.

During that period, Arabians as a people had abandoned the legacy and the ways of God Ibrahim gave them and embraced idolatry. Ka’bah  became house of idols and idols worshipping of gods and godesses until Prophet Muhammed came to sanitise Ka’bah and revert it to holy, spiritual and religious centre dedicated to the service of Allah.

Prof. Olagoke quoting the Quran said Ka’bah, which was earlier built in response to divine instruction by Ibrahim and Ismail was ordained by Allah to be a pious compand for just worship, but was later unfortunately turned into shrine of gods and godesses by Idol worshippers.

The sanitization and reversion of Ka’bah to its initial wholesomeness became a divined assignment for Prophet Muhammed.  He was mandated to cleanse and clear  Ka’bah of impurities and idols. It was akin to how Prophet Isa, Jesus Christ, drove sellers, traders, patrons and money changers out of the Temple court in Jerusalem. The sanitisation of the Temple was  done in a day by Jesus Christ, but the cleansing of Ka’bah for man and humanity to worship God took more than 23 years to be realised.

Idols worshippers who had taken over Ka’bah resisted Muhammed’s determined efforts to bring back sanity to the house. The path to sanitization of Ka’bah  was littered with martyrs  and it was achieved only after the voice of God know as Holy Quaran became a reality.

Rosul Olagoke observed that the success of the faithful led by Muhammed to cleanse Ka’bah  idolatory is one of the reasons Muslims are not expected to be immodest or live a life a rhetoric, but be a pious person with an impactful contribution to improve lives of people and provide an enabling environment that is conducive to improved living standard of people.

On significance of pilgrimage to Mecca, Prof. Olagoke said Hajj operation is a giant step that takes believers to the peak of knowledge in Islam. It is in compliance with the fifth pillar of Isam. He said that Hajj operation afforded the faithful who could fund it an opportunity to deepen their knowledge of Islam.

During the pilgrimage, pilgrims are privileged to visit holy historial sites in Mecca, Medina Minna and worship at Holy Ka’bah, a  house built by the father of faith and his son, Ismail. Performance of rites at Safar and Marwa, Tawaf, the visit to Bzam zam spring in Meca, Medina that also have an interesting array of holy sites is a path to purification of faith.

Three days after slaughtering of rams on Mount Arafal Day, the pilgrims moved to Minna where they will stone the effigy of Satan. The rite symbolises a covenant with  God that pilgrims would not have anything to do with Satan  again after the pilgrimage.  Prof. Olagoke insisted that Ibrahim is not called father of faith for the sheer fun of it. Ibrahim was born into paganism, but inspired by Allah. He revolted against his parents and refused to worship any of the numerous gods and goddesses of his time.

Despite Ibrahim’s piousness, Allah tested his faith with barrenness. At advanced ages of 120 and 90  respectively, the husband Ibrahim and wife, Sarah had, no child. The challenge was, however, mysteriously surmounted through a maiden virgin, Hajara, earlier, given to Ibrahim by Phroah as a handship of friendship in continuity while he was in Egypt.

Satan came and tempted Ibrahim, Hajara and their son not to yield to Allahs request. The three, however, overcame the temptation. Prof Olagoke said the household of Ibrahim was human, but the arrival of Ismail was divine.

Despite that Sarah was aged, she also  became pregnant more than 13 years after the birth of Ismail, and gave  birth to Isiak. At this point, it should be stressed that the birth of Isiak was equally divine.

The two sons of Ibrahim were to later become progenitors of Christianity and Islam. Ibrahim is called the father of faith because he was instrumental to Judaism, while his two sons were the sources of Islam and Christianity.