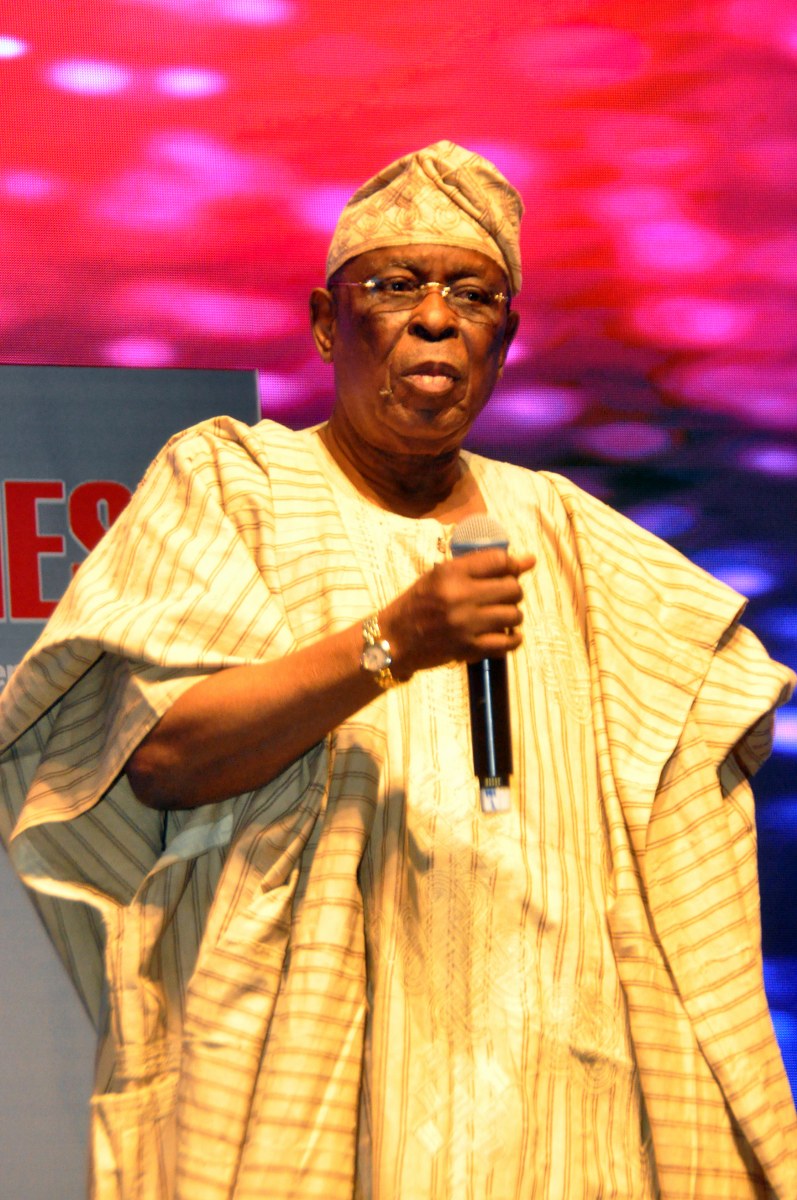 When former Ogun governor, Chief Olusegun Osoba launched his memoirs on Monday 8th July 2019, the auditorium at Eko Hotel, in Victoria Island, Lagos was filled to the brim as all the big names in the political firmanent in Nigeria stormed the venue. Below is an account of the launch.

WHAT GEN. ABDULSALAMI ABUBAKAR & OSOBA HAVE IN COMMON

Many people don’t know that former head of state, Gen. Abdulsalami Abubakar and former Ogun governor, Chief Olusegun Osoba are very close. At the book launch, Gen. Abdulsalami revealed this. Abdulsalami, who chaired the public presentation of Chief Osoba’s autobiography, cited his 5-decade relationship with Aremo Osoba as an example, for all Nigerians to follow to build a country that works irrespective of ethnic and religious background.

According to him, “Osoba and I have come a long way. Our relationship started in the 1960s. When I was a young officer in the Nigerian Army, I enjoyed smooth relationship with Chief Osoba. We regarded ourselves as brothers. This must be a lesson for all of us. “While he is a Christian, I am a Muslim. While he is from South-West, I am from the North Central. While Chief Osoba is a general in his profession, I am a general in the Nigerian Army. While he was the Governor of Ogun State, I was Head of State. “Despite our differences, we have some things in common. We both have deep interest of our country at heart. We both want the best for our country. We both want Nigeria to remain a blessing for Africa. We want Nigeria to move higher worldwide. We want Nigerians to believe in their nation.

“With self-belief and trust in one another, these are achievable. All Nigerians should cultivate mutual relationship. As Osobas and Abubakars see themselves, so should all Nigerians see themselves.” Also, at the book presentation, the Senate President, Lawan, said Osoba’s autobiography is full of lesson for all Nigerians, which he said, all leaders across the country’s political divides should learn from.

He observed: “Nigeria is blessed and rich in diversity. This diversity is meant to be our strength. Nigeria needs unity. As  Nigerians, we need to express faith in our country. We, at the National Assembly, have shown what we can achieve with unity.

“This was demonstrated in our elections are principal officers in the National Assembly. Senators across ethnic, religious and political divides voted for us. In the way, Nigeria must unite. We must reduce suspicion and mistrust among us. “No country develops with disunity and suspicion. We cannot be different. As leaders, we must demonstrate quality for trust to occur. We are in one country, and we are meant to be one. We cannot continue to think as though we were in a different country. We must stand on brotherhood.”

SOME OF THE DIGNITARIES AT THE BOOK LAUNCH

One of the governors who came was Gov. Seriake Dickson of Bayelsa State. He stormed the event towards the tail end of the event. At the event, he revealed his close affinity to the Ijebus. The Bayelsa State Governor Seriake Dickson said he made it a point of duty to attend the ceremony despite the distance.

He said: “I am proud to be one of Osoba’s sons who are governors. My mother is a Princess from Ijebu-Ode and I am also a Prince of Ijebu.” He advised Nigerians to emulate Chief Osoba for believing  in Nigeria through his journalistic and political activities.

Former MD of GTBank, Mr. Fola Adeola hardly goes to parties except, it is absolutely necessary. He was at Chief Osoba’s book launch. He was formally attired. He is not getting any younger. He is now in his 60s. But the good thing is that he is ageing gracefully.

OTUNBA NIYI ADEBAYO DOES NOT LOOK HIS AGE

Talk of one politician who looks ageless and former Ekiti governor Otunba Niyi Adebayo’s name will pop up. Though he is over 60, he still looks very young and agile. He is blessed with a good slim physique, infact he has been able to maintain his pencil-slim frame. He was very visible at the event.

THE OTHER SIDE OF KOLA ABIOLA

Many don’t know that Kola Abiola, the eldest son of late Chief MKO Abiola is stylish. He was at the event. He looked very stylish in his ankara outfit. He has a unique way he twists his cap forward the Yoruba way.

Former Cross River Governor, Chief Donald Duke was there. He is very close to Chief Osoba. Nothing has changed about him. He still looks his young and vibrant self.

OTUNBA BIMBO ASHIRU WAS UP & DOING

Former Ogun Commissioner, Otunba Bimbo Ashiru was there throughout. He is close to Chief Osoba. He is also close to Gov. Dapo Abiodun. He was involved in the planning

Veteran journalist & book Publisher, Mr. Lanre Idowu is the Publisher of the book. He is the face behind DIAMOND Publications. He was there co-ordinating.

Many don’t know the husband of the new Ogun Deputy Governor, Alhaja Noimot. He was at the book launch with his wife.

At the event, Chief Olusegun Osoba called out his brother inlaW, Stan Adeyemi to step out and take a bow. He acknowledged the role Stan Adeyemi has played.

WHY NIGERIANS TROOPED OUT TO HONOUR CHIEF OLUSEGUN OSOBA was last modified: July 11th, 2019 by Reporter