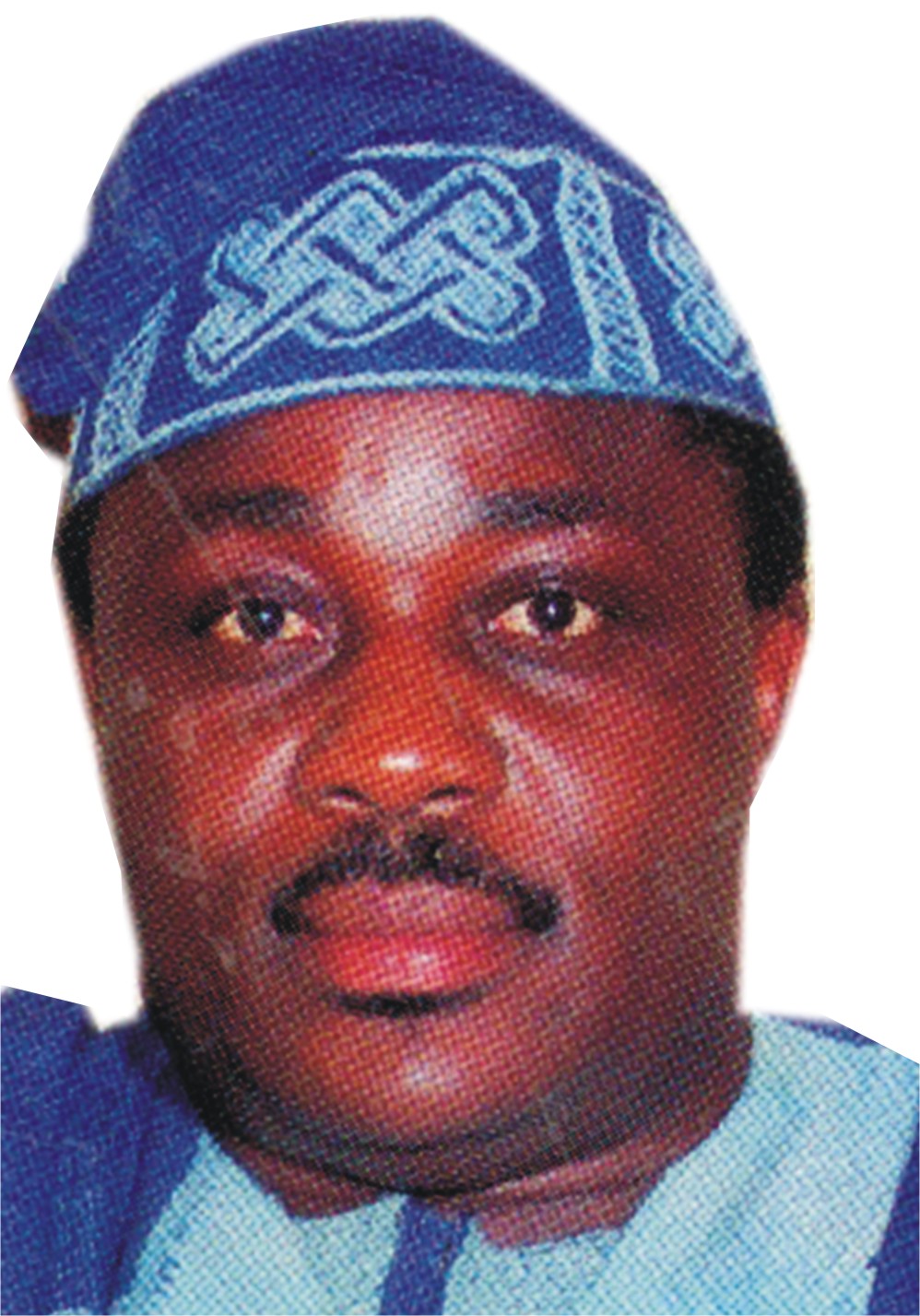 Debo Adesina is the Editor-In-Chief of The Guardian Newspaper, one of the influential newspaper groups in Nigeria. He is young and brilliant. He is 49 from Okaka in Itesiwaju Local Government Area, in the Oke Ogun area of  Oyo State. He studied Journalism at the University of Lagos. He also studied at the Kennedy School of Government, Harvard University, Boston, USA.

Celebrated as one of Nigeria’s best journalists and a writer of evocative prose, Adesina is interested in becoming the next Governor of Oyo State. He is from Oke-Ogun.

Renowned for his passion for his people, he is the founder of ‘Omi Aanu’ Foundation. And he has been close to his people for the past 3 years. He frequents home.

Adesina is one of the Oke Ogun indigenes passionate about where he comes from. “Our land is blessed beyond description”, he said in one of his recent speeches. “Yet our people live in abject poverty beyond comprehension.”

According to him, the Oyo State Economic Empowerment and Development Strategy- 2nd Edition: (2010 -2012) reveals that Oyo State, covers a land space of about 27,249 square kilometers and has 33 Local Government Councils.

“The state, especially the Oke Ogun area, comprising 10 of the Local Governments, is blessed with vast agricultural land mass with a soil structure conducive for production of diverse range of arable and tree crop, fruits, vegetable, all classes of livestock as well as fishery, forestry and wild life products. About 70% of the population is engaged in farming and related activities. Oke Ogun occupies about 60% of the land mass of Oyo State and is home to about 35% of the population made up of some of the best brains in any field”.

“In spite of all these potentials: Oke Ogun is still grossly deficient in linkage between Agriculture and Industry, especially in the area of storage, preservation, utilization and value addition to the primary products”.

He goes on: “Oke Ogun is blessed with deposits of solid minerals. These minerals have been found in commercial and mineable quantities: Marble, Dolomite in Igbeti, Olorunsogo Local Govt. and in Alaguntan, in

“From the foregoing, there is no doubt that Oke Ogun is a blessed region and nothing ought to hold it down he explains. But down, in terms of development, we must admit, is this region.”

Howa people so blessed can appear so cursed as a result of their own lack of vision and, of course, successive government’s neglect is a shame that must end.

Poverty and underdevelopment ought to be alien to Oke Ogun if the governments had done right by the region and if the indigenes had actually committed themselves to its development.

That our governments at all levels have committed heavy crimes against the people by leaving the place as it is today goes without saying. For even in the midst of the planlessness, rudderlessness, underdevelopment and neglect of the people that have characterised Nigeria and Oyo State in particular, Oke Ogun still stands out as the worst hit among the badly hit.”

“It remains one of the least developed regions of Nigeria in terms of infrastructure and economic development even while it is one of the best endowed in material and human capital.”

“From the recorded profile of each of the 10 local government areas, there is no doubt that Oke Ogun has the land, the mineral and agricultural resources to be one of the richest parts of Nigeria if only these resources were developed.”

“One can however deduce from the local council area profiles that there is no exploitation of these resources on the kind of commercial scale as would have yielded the abundant wealth nature has planted in Oke Ogun.”

So farming is still generally done at subsistence level thereby making it impossible for the cycle of poverty to be broken.”

“In education, the profiles of the local governments also show that the ratio of teachers to students in Oke Ogun is scandalous while the ratio of medical facilities and personnel to the population is much more horrible.

“Housing, decent housing, is not available to the majority of the people.”

The woes are, indeed, legion.

“The result is that even the monetary allocations to the councils go into personnel overhead, leaving little or nothing for capital projects like infrastructure, health care delivery, education and investment in the future once a tidy part of the balance is misappropriated or misapplied by the authorities.”

“Indeed, so trapped in a vicious cycle of poverty, poverty of material things and even ideas, are our people that their only definition of dividend of democracy is either a job in any government, a position in the government that readily affords access to the public purse by a few, or for the rest of the people, crumbs by way of handouts from the pockets of those who have been lucky enough to hold such political offices.”

“This is the perfect advertisement of a lack of vision, a failure on the part of successive governments at all levels.”

“Of course, investment in good infrastructure and creating the enabling environment for business, especially, modern technology-driven business, are the very obvious ways to create wealth and create jobs.” he explained.

“However, I will not be so uncharitable as to say our governments have done nothing so far.”

“But if things are the way they are, with Oke Ogun ranking among the poorest parts of Nigeria, with unemployment rate one of the highest in the country even with the abundant resources available, it is time for a new approach to governance.”

“We must shift the gear from neutral to forward-drive by way of an optimal exploration of the resources and the utilization of same for Oyo State’s prosperity and Oke Ogun’s development.”

“We need a new approach that will enlist the people in their entirety and empower them to deploy their creativity in productive ventures.”

“To do this, a leadership with vision, ready to make sacrifices and seek the highest return on all the money in the public purse, is needed. First, the cost of governance must be reduced. And priorities must change.”

“Governance should move from doing basic things to positioning our people strategically for the world beyond here and a time beyond now.”

“The tragedy of Oke Ogun is that while Natural Capital is available in super abundance, the non-availability of the other capitals puts the abundance to waste, leaving the people poor.”

“So, where do we go from here?

“One thing, however, is certain: Governments must help but Oke Ogun will develop faster through a conscious promotion of individual, communal and private sector entrepreneurial initiatives.”

“While the blame for the appalling state of under-development in Oke Ogun is largely at the doorsteps of governments, the sons and daughters of the region are not entirely blameless he explained.

“Let us, with a high sense of humility, at least admit that perhaps we have not pulled the full weight of our individual and collective accomplishments, our clout in Nigeria together, to take Oke Ogun to the heights it belongs.”

“Divisions amongst us, lack of respect for each other, narrow-mindedness and petty envy have all combined to make it impossible for us to work together as a people.”

“We hardly know each other and many of us have been so weighed down by an inexplicable inferiority complex that we wouldn’t even readily step out to be identified as Oke Ogun indigenes.

We hardly have any meeting point. We hardly pull resources together to do anything. How can we develop when we do not even meet to plan?”

“I already said that government has been largely responsible for the underdevelopment of Oke Ogun. This is very true. And another truth is that we cannot do away with government in this urgent quest to transform this area; the enormity of the task at hand makes this so. But more importantly, what we need to do, in my humble opinion, is for us individually and collectively, to creatively and in a proactive manner, deploy our resources – human and material- for the development of Oke Ogun without recourse to officialdom, at least in the first instance.”

“To put it succinctly, the first part of our approach to stemming the tide of underdevelopment in Oke Ogun is greater self-help and for us to be in the driver’s seat in Oyo State.”