Why OTUNBA PASEDA Will Miss His Late Dad 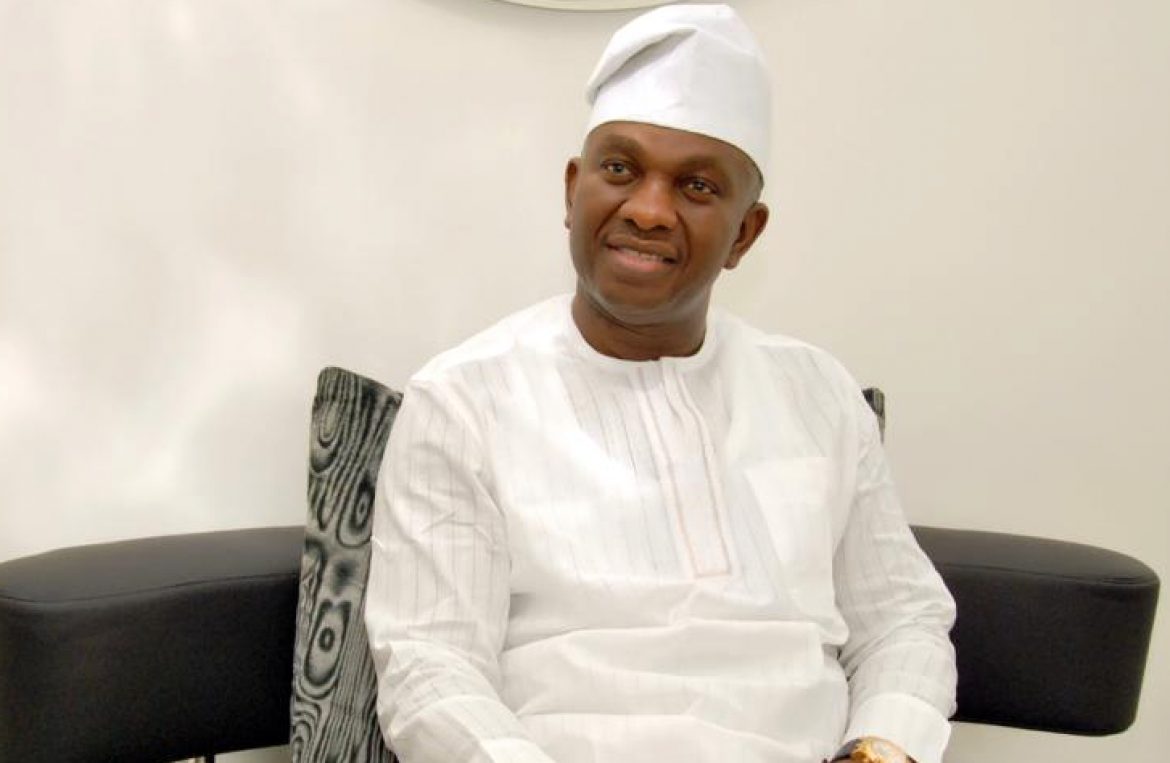 •The Story Of Pa SOLOMON PASEDA

Pa Solomon Olaitan Paseda (“S.O.P”) was born on 11th October 1929, at Omu Ijebu, to the Christian family of Pa David Ogunbanwo and Madam Sabaina Adeoti Paseda (both of blessed memory). His father was a renowned Goldsmith, while his mother was a successful trader. He was the first son and 2nd child of his parent’s five children. The Paseda ancestral genealogy originated from the Olisa Family tree in Ijebu-Ode and also extends to Ikorodu.

He started his education at St Pauls Church School Omu-Ijebu in 1935 and proceeded from there to St Gregory’s College, Obalende – Lagos (up Gregs!!); followed by higher education.

S.O.P met his beloved wife (“V.A.P”) in Lagos where she attended Holy Child College, next door to his school (St Gregory’s) from where the spark of life-long love started for both of them. They got married in 1954 to much aplomb (hence the “King and Queen” nickname their contemporaries and friends fondly gave them). To the glory of God, their marriage is blessed with 5 distinguished children; accomplished across Health Service & Executive Administration, Engineering, Politics & Business. His grandchildren similarly accomplished and among whom are IT Specialists, a Barrister, Bankers, Doctors, Engineers, PR Specialist, International Relations Specialist, Mathematician … to name only a few. The budding signs of replicated grace & accomplishments are already exhibited by his great-grandchildren of whom we already have a pre-teen published author. From modest starting points, this is indeed, a blessed lineage and the credit goes to daddy and mummy’s dedicated love and partnership in their marriage and of course, daddy’s wise leadership in the home.

S.O.P was immensely devoted to his wife and didn’t care who knew it. He was also man enough and wise enough to let his wife take the driving seat when it came to his children. He stood staunchly behind her, telling us children that after we are all gone to make our own homes, it’s his wife that would remain. He made no apologies for putting her first, before us children and it was with such humour, but we understood their strong bond; more so in their later years together, when indeed, it was both of them, hand-in-hand, side-by-side enjoying the fruits of their labour and facing some of the minor challenges of old age ‘together’.

Daddy started work at Paterson Zochonis (PZ) Nig Ltd, Alagbon, Lagos In 1953 as an Admin Assistant and undertook various training programmes; specialising in Storekeeping and Accounting. His job as a Storekeeper took him to many of PZ branches in Lagos, Port Harcourt, Warri and Ibadan, to mention a few. Daddy spent most of his working life at PZ. While in the service of the company, he made a profound impact on the lives of his friends and family, members both young and old. He recognised and nurtured talents in others and facilitated the employment of some of his relations into the Company in various roles; most notable among them, was a past Asst. Director of PZ.

Daddy spent most of his working life at PZ; where he was posted to many parts of Nigeria. He retired from PZ in 1988 after 35 years of service. He was personally recognised by the company’s Greek founders for his meritorious service and of particular mention was his integrity, honesty and professionalism. They all held him in high esteem. A legacy all descendants are proud to state and claim.

Despite average earnings, through wisdom and good stewardship, they raised 5 accomplished professionals and captains of industry. We children in turn learnt by their example.

Daddy was a gentleman, friendly and sociable. He was well respected and loved in the communities he lived in. Daddy was a devout Christian of the Anglican Communion. He was a member of Holy Trinity Church, Mushin, Lagos. At his home base in Omu, he was, until his death, a pioneer member of Egbe Majeobaje of St Paul’s Church, Omu and also a member of Omu St Paul’s Community – Grace Polytechnic, Surulere, Lagos.

Daddy did not compromise his financial obligations to the two churches. He paid his dues regularly and always encouraged his children to attend the yearly Harvest of the Egbe Majeobaje, St Paul’s Omu, which was held at Grace Polytechnic, Surulere, Lagos.

Daddy had the gift of wisdom, the same as his biblical namesake and daddy was a Solomon by name and nature; both at work, among his contemporaries and at home. Daddy was truly blessed in his wife (he found a good thing in our mum and obtained favour from God). Daddy was equally blessed in his children, grandchildren & great-grandchildren and as in Psalm 127); his quiver is full of them.

He is survived by his younger sister and brother, many cousins, as well as all his beloved children, grandchildren and great-grandchildren.

READ ALSO: WHY MANY ALWAYS ASK IF I AM OGA BELLO’S DAUGHTER – POPULAR ACTRESS, BIOLA ADEBAYO

Why OTUNBA PASEDA Will Miss His Late Dad was last modified: October 14th, 2019 by City People

Why Many Always Ask If I Am Oga Bello’s Daughter – Popular Actress, BIOLA ADEBAYO

I Have Been Rocking The LAGOS Social...