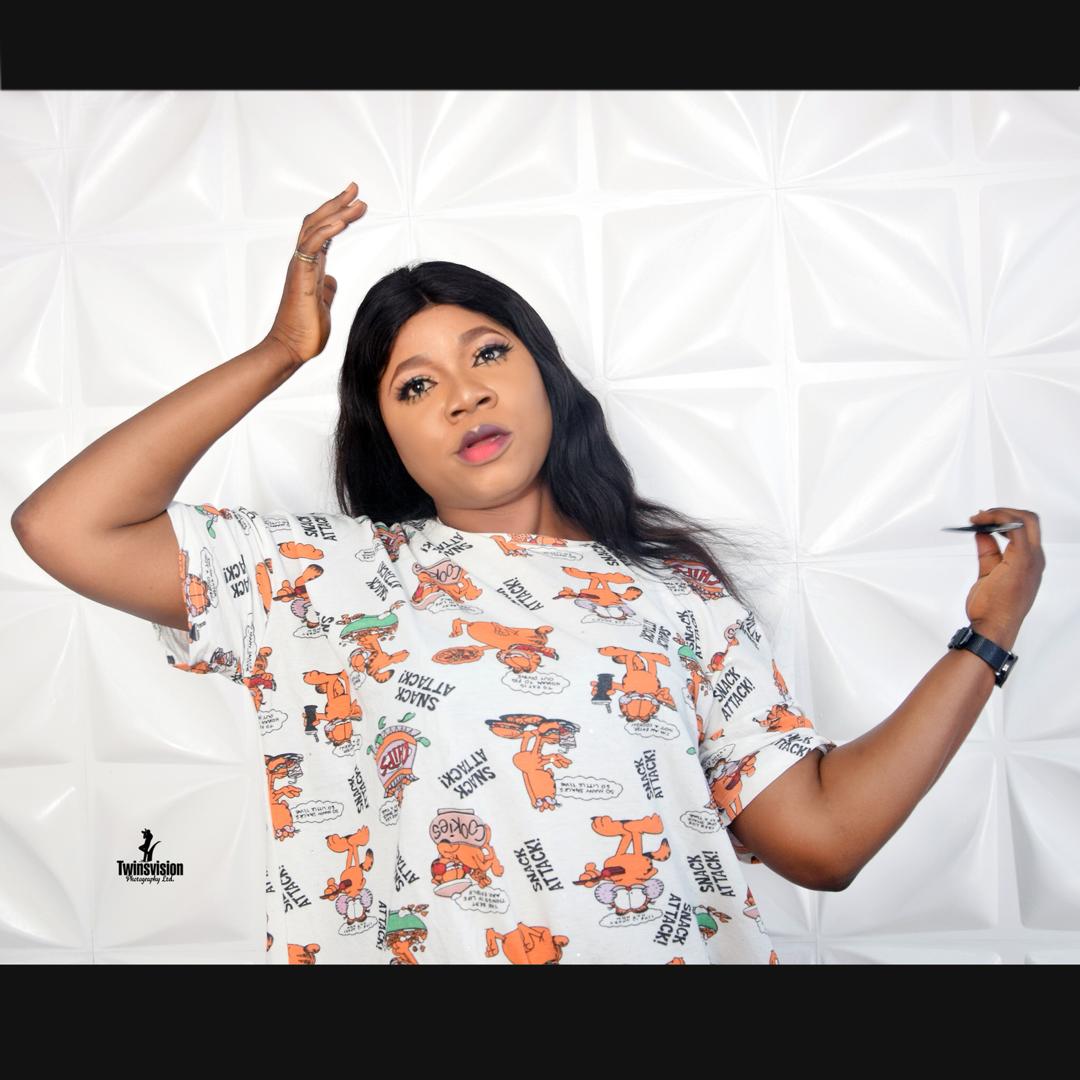 Ayoka Akinlagun is a hot and beautiful actress who have been gracing our screen lately. She features in movies, especially blockbuster movies back to back and most producers can’t do without her.

This pretty lady has become household name. She is highly talented and she interpretsroles so perfectly.

Ayoke has HND in Accounting from Lagos State Polytechnic, She is the last born and the only girl in her family.

Ayoka developed interest in acting since her primary school days.

I remembered there was a rehearsal group in my neighbourhood where some actors gather to rehearse their lines and adjusts their performances. I remember I would drop my bag and spent the rest of the day with them. My parents and siblings were not happy with the fact that I no longer stay at home as a young child and would scold me. But I didn’t stop.

By the time I finished my secondary school, there was this popular soap on TV called Super Story. I used to admire the now Late Moji Olaiya who played the popular role of Ireti. She later acted another Home video titled Sunmibare, were she acted along side veteran actor, Saidi Balogun anf Ayo Mogaji.

I love the movie, and it triggered my passion for acting. I would stand in front of the mirror to stage a one-man performance and longed to meet the Odunfa Caucus, as my house is not far from their meeting point.

Today, Evergreen group my boss. His  name is Adeola Taiwo

Ayoka has featured in many movies to include 1) Angela produced by kehinde adeyemi, 2) Ase Obi produced by herselt, 3) Iberu Ife also produced by Ayola

Ayoka has been among the hottest actresses in the industry that producers can’t do without, and her role interpretation is top-notch.

Why Producers Are Rooting For Nollywood Actress, Ayoka Akinlagun was last modified: September 13th, 2020 by Reporter