Home News Why Radio LAGOS Has Been Waxing Strong @ 40
News 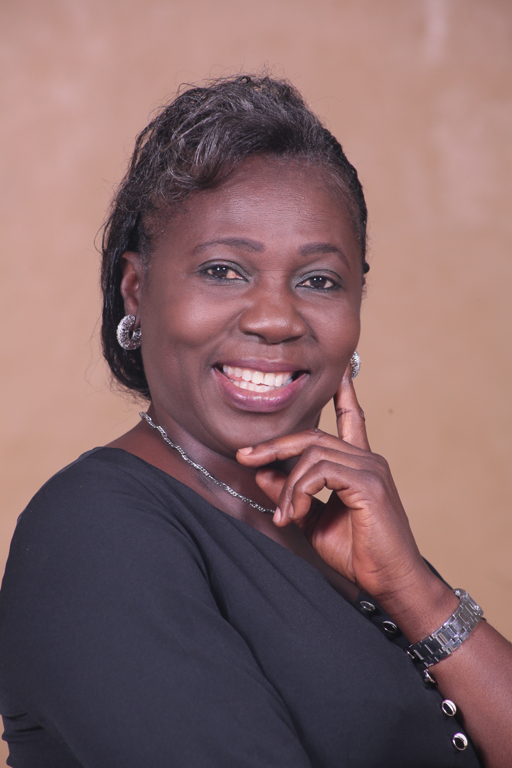 When Radio Lagos was set up 40 years ago, it was meant to be a first class platform that informs, entertains, educates and enriches lives of SMART citizens. The mission was Innovative broadcasting that promotes culture, enriches human values through balanced reportage and programming that educates, informs and entertains, in a SMART city.

The delectable Ayo Shotonwa, is not just a Manager extraordinaire, she’s a professional broadcaster with a midas touch of elegance and panache. She has paid her dues in the Broadcast Industry and has gained the credence she currently enjoys as the General Manager of the prestigious Lagos State Radio Service (Radio Lagos/Eko FM).

The unique smiles she carries around her every time is an expression of the graceful dispositions with which she handles her job, a smile her associates and colleagues have come to understand as the best gift any worker can get after a task excellently carried out.

Call her Iya Marose or Obinrin Ologo or Auntie, and you are sure to earn that delectable smile.

Radio Lagos 107.5FM began operations in 1977 as an off-shoot of the old Nigerian Broadcasting Corporation (NBC).

Radio Lagos enjoys a unique status as the first predominantly specialized. language station with over 98% of its transmission in Yoruba and Ogu, and just about 2% for English bulletins.

The AMITITI dial prides itself as the foremost vehicle through which the rich cultures and lifestyles of the Yoruba and Lagos people at large are propagated without adulteration.

Testimonies abound that any brand that gets the advantage of being mentioned on the Tiwa ‘n’ Tiwa airwaves have always enjoyed favorable dispositions and robust patronage from their unique markets.

A plethora of programmes and media offerings have been set up to meet just that unique target audience you hope to reach.

With a vast number of English Speaking Radio stations flooding the mainstream broadcast channels, Eko 89.7FM still enjoys that foremost status as the station with the most effective grassroot penetration strategy.

Giving a wide array of professional hands in the industry, the first on your mind dial also serves as a facility where some of the big names in the industry hone their skills.

Eko FM provides a variety of quality programming in English and Pidgin Languages to suit the unique lifestyle of the Lagos people.

The channel mostly associates with brands and personalities who are willing to connect to the grassroots audience who can relate to the media offerings of the station in music philosophy and unique programming.

This is the upbeat dish of fresh headlines in the Newspapers across the country. The presentation style and the unique use of metaphorical expressions stand ‘Asayan Iroyin’ out amongst other Newspaper Headline Review shows on radio.

The beautiful use of the Yoruba language garnished with wits and humour from the experienced team of presenters, makes ‘Asayan Iroyin’ a programme that commands a wide array of listenership on Radio Lagos 107.5FM. Tune in everyday between 6:15 and 8:30 am.

The audience here cuts across all ages, especially those conscious desirous of getting the latest developments on Current Affairs and issues in the News,

This progrmme prides itself as one of the biggest indigenous programmes to ever grace the Broadcasting airwaves of the South Western region with listenership volume increasing across Lagos, and suburbs of other states including, Ogun, Oyo, Ekiti, Ondo, Osun, and Kogi.

Ojutaye is that your Magazine Breakfast belt on Radio, such that affords you a variety of offerings from News and Current Affairs Analysis, Guest Interviews (including top-notch politicians and entertainers) Musical Entertainment, Debates on topical and trendy issues amongst others. Ojutaye has Hosted Governors of States, Special Advisers, Ministers, Nollywood Artistes, Music Icons, Budding Artistes, Captains of Industry (Local and international) as well as notable brand names across the manufacturing industry.

Testimonies abound of personalities and brands that have featured on Ojutaye.

With a variety of presenters and producers on this show, listeners have overtime associated with the characters and roles the presenters play while on the show, hence names like Kabiyesi, Oloori-Americana, Honourable, S.A, Omo Eko-Ilero, O-Baby constantly enjoy appreciation from their teeming audience who cut across varying ages, both young and old, irrespective of their educational background. Join the Ojutaye train, Mondays through Friday, between 8:30am and 12noon.

This is the rather upbeat belt of programming uniquely designed for those caught in home-bound traffic, to ease their journey with music and entertainment.

The belt is majorly spiced with upbeat and fast paced musicals as well as intermittent traffic reports, soft teasers and banters for the listening pleasure of the audience.

Audience engagement on this belt is rather unique as the listener is believed to have been away at work all day hence, wants to get home as early as they could by helping them navigate through the hassles of Traffic gridlock. The use of humour and entertainment come in handy on this show.

After a long day’s job, the hustling and bustling of the typical Lagos life, the listener sure needs a companion.

Hence, Kasunlayo comes with soothing tunes to calm the nerves, and rock you to sleep.

The belt also appeals to the social media audience of Radio Lagos, who get to enjoy varying spices of traditional music with different genres served each day of the week.

This belt of programming comes with a wide array of varieties for its teeming listeners.

The audience here cuts across all ages, especially those conscious enough to know and understand happenings around their societies, hence adults and youths are regular listeners on this show.

The Interaction and Feedback level is also very unique as the audience gets involved in every step of the bett to air their opinions and also ask questions and contribute to the show.

O-Connect welcomes you to a breath of fresh and more relaxed programming coming after the rather serious and elitist morning rush.

This mid-day show offers a feel of urban presentation in music and teasers.

Conversations here are aimed at those at work, young adults, undergraduates and the upwardly mobile.

O-connect eases you smoothly through your mid-day activities, with daily routine tips, games, educational fillers, banters, facts and fun teasers laced with an urban music that the audience at this time would normally appreciate.

Catch the serenity that comes with O-Connect at 11am-2pm weekdays.

This belt strategically offers contents for all Lagosians, regardless of class or social status. The corporate and ‘Street’ audience are uniquely concocted right here.

The music philosophy here is largely Naija; with both old and new skool put into consideration.

The audience here are largely artisans and the working class.

Lunch-Hour has never been better without a dose of Joll- Joli Avenue at 2-4pm, weekdays only.

Here the tempo of Joli-Joli Avenue is sustained but with strictly Urban Hip-Hop and trendy upbeat music philosophy.

Celebrities are interviewed, entertainment gists are served, traffic updates are also churned out.

As the name implies, Just Cruzin is channeled at helping the average Lagosian ease through the traffic hurdles on the roads on their way home from work.

The show is a very interactive one that brings millennials, adults and the young at heart under one frequency. Countdowns, requests, trendy, fresh and upbeat musicals are the priority here.

The highlighted shows and belts on Radio Lagos 107.5FM are Eko 89.7FM are some of the very premium belts on their airwaves. These shows enjoy some of the largest audience engagement recorded on our stations.

In the light of this, it is believed you would enjoy maximum benefit if you key into this special bouquet we’re offering this period only.

We offer you a special discount on every 20 slots spread strategically across the flagship belts highlighted above, to ensure the effective impact of your messages on your target audience.

This special consideration was designed specifically for potentials sponsors to tap into the abundance of benefit that awaits them, via their channels.

It is targeted specifically at Local Governments and Local Council Development Areas (LCDA) as a platform for stewardship and accountability to the electorate of the areas in focus.

This is a recorded platform where issues affecting selected areas are taken into consideration as presented by members of such areas.

An interview platform on Radio Lagos that affords CEOs, Heads of Parastatals and Captains of Industry the opportunity to give an account of their mission statements, special projects, and Corporate Social Responsibility programs.

A live programme that also serves as an opinion poll platform for callers to air their views, analyse and also discuss issues of topical importance to the society

An interview platform on Eko Fm that affords CEOs, Heads of Parastatals and Captains of Industry the opportunity to give an account of their mission statements, special projects, and Corporate Social Responsibility programs.

This platform gives voice to the listeners to discuss issues concerning their Local Council Areas as they are educated and informed of activities and also encouraged to support the vision and programs of government.

These programmes are specifically grass-roots driven, and strategically inclined to promote, deepen and foster a robust and interactive relationship between the electorate and the elected.

Why Radio LAGOS Has Been Waxing Strong @ 40 was last modified: September 3rd, 2018 by City People