Why Senator JUBRIL MARTINS-KUYE Is Popular In IJEBU 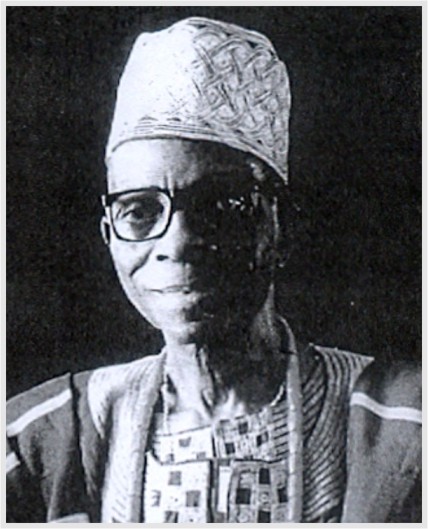 Senator Jubril Martins-Kuye  is well respected in Ijebu. He is a former Minister and a seasoned politician. He is also one of Awujale’s Otunba. He is the Otunba Fesojoye of Ijebu. He was born on 16th August, 1943 at Ago-Iwoye in Ijebu North Local Government Area of Ogun State. His father, Jubril a Giwa Kuye (J. G. Kuye) was the Giwa of Obangbade Age-Grade Society of Ago-Iwoye.

His grand father, Oloye Osikolade Osibule, was the Chairman of the Colonial Native Court Alaga) of Ago-Iwoye (1912-1932), which the Immediate past Ogbeni-Oja of Ijebuland, Chief T. A. Odutola, served as Registrar between 1922 and 1929.

His great grandmother related intimately with all her nieces and nephews. The most notable of her nephews were Prince Adekoya Olukolu (Ogberegede ‘Loba), Prince Adeyerni, Prince Akeju, Oba Folagbade (1925-1929) and Prince Rufai Adetona. SenatorJubril graduated from the University of Ibadan in June 1968, WIth a B.Sc Honours in Sociology, Politics and Economics. He went on to get an Advanced Certificate in Marketing

Prior to gaining University admission, Otunba Jubril Martins-Kuye worked as a teacher from 1955-1965. After he was done with his degree, he moved to Lever Brothers Plc beginning at a Management Trainee position in July 1968, and by January 1973, he was elevated to the position of (Divisional Manager (Southern Sales), a role he voluntarily resigned from in July 1974. He then moved to the Dutch Multi-National – International Packaging Industries, as Head of Sales and Marketing Department from August 1974-April 1976. By April 1976, Otunba Jubril was convinced it was time to set off on his own as an industrialist, this led to the founding of Crown Ventures Limited, a paper-converting and Industrial Chemicals Manufacturing company with its factories and operational headquarter,. In Lagos State (1976 to date). Crown Tissue Mill Limited was incorporated in 1989 as manufacturers of wet pulp and tissue papers. This company offers employment co six hundred Igenans ill direct and indirect employment.

Otunba Jubril Martins-Kuye was a Senator in the Third Republic representing Ogun East Senatorial District comprising of nine Local Government Areas of Ijebu and Remo Divisions of Ogun State; he was also appointed Hon. Minister of State Finance for the Federal Republic of Nigeria (Iune 1999 – June 2003) by President O1usegun Obasanjo.

In his political career over the years, he has taken on various appointments and gathered an immeasurable amount of experience. These include – Political appointment as Chairman Board of Directors of S&K Asbestos Products Limited (a company partly owned by the Ogun State Government) 1980-83; SDP National Delegate, 1990; Member, Ogun State University Governing Council, 1990-99; Founding Member and State, leader, The United Nigeria Congress Party (UNCP), Ogun State 1996; Founding member and the Leading Leader People Democratic Party (P.D.P), 1998; Gubernatorial Candidate of the P.D.P, Ogun State, 1999.

Otunba Jubril is the Aare Musulumi of Ogun State Muslims, 1981 and a Patron to the Ogun State Chapters of the Nigerian Union of Journalists (1987); Nigerian Institute of Public Relations (1990); and the Administrative Staff College of Nigeria (ASCON) (1983).

She attended the United Christian Commercial College, Apapa, one of the first elitist Secretarial Colleges in Nigeria back then. She then moved to London, England, to study at the famous Pitman’s College.

After her training, she worked for a while with The Law Society of Fleet Street, London as a Secretary. When she moved back to

She retired voluntarily to be an active player in the imported textile business. She later took time off to attend the London Academy of Modelling on New Bond Street, London, England. A few years after her return to Nigeria, she left the textile trade because of the on/off ban on importation of foreign textiles by the Federal Government; but most importantly to give her full support to her husband, Senator Jubril Martins-Kuye, in his pursuit of service to his country. This afforded her the opportunity to travel extensively within and outside the country.

From time to time, she delves into general merchandising but that has never interfered with her matrimonial duties as she considers herself first and foremost, a home-maker. Yeye Otunba Iyabo Martins-Kuye, an indigene of Ekpoma, (Ishan) in Edo State, is a proud mother to all the children of the marriage and a grandmother. A very religious person, she belongs to and supports various religious groups. She socializes well amongst her friends and loves watching films. She also enjoys philanthropic work and has positively touched the lives of a lot of people and is still doing so.

READ ALSO: HOW THE 2 SAS FABRICS SISTERS LOST BILLIONS IN 1 DAY – THE STORY OF TOYIN & MORAYO

Why Senator JUBRIL MARTINS-KUYE Is Popular In IJEBU was last modified: November 2nd, 2020 by City People

DR LOVE: I’m Confused! My Fiancee & My Brother Were Once Lovers