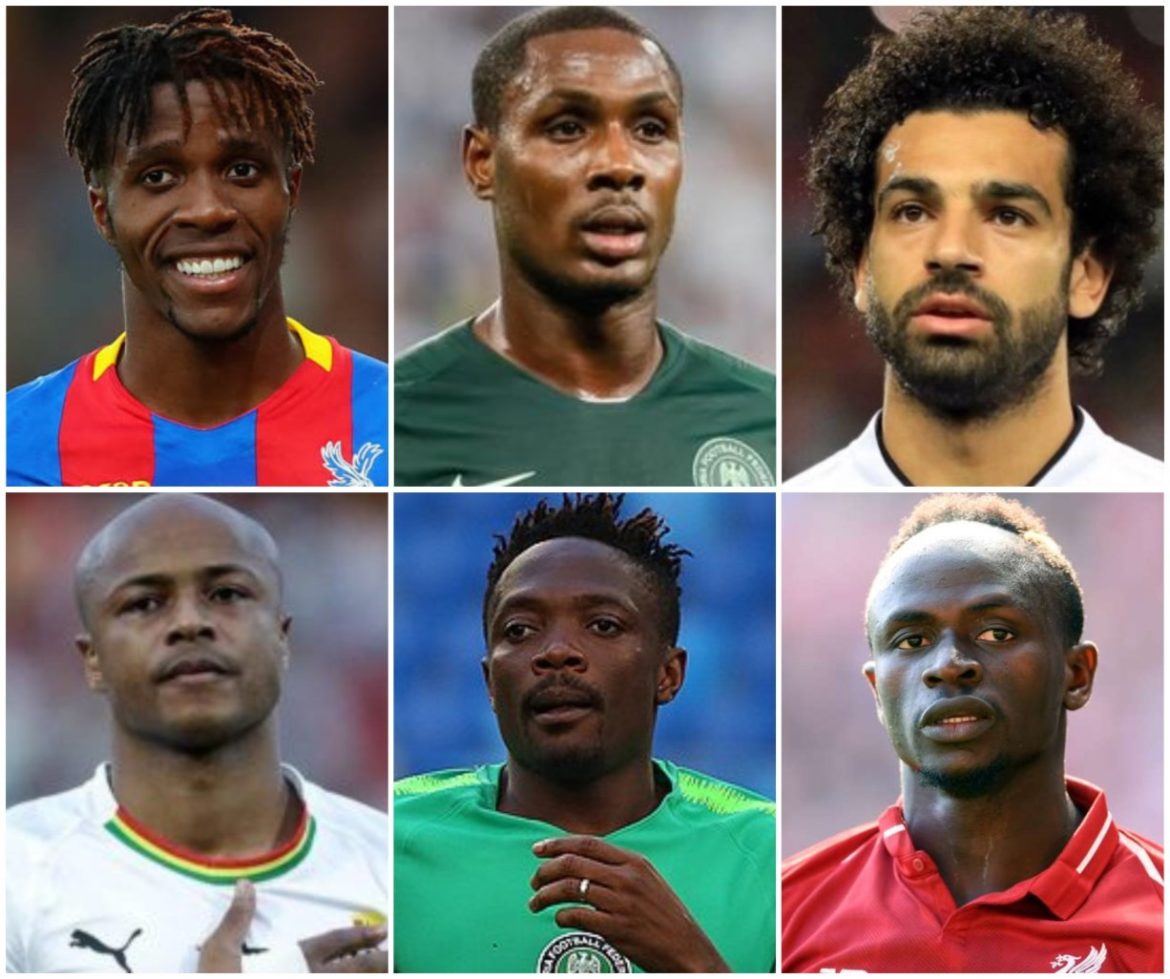 The AFCON 2019 is gradually winding up. As we approach the semi-final stage, the boys are already getting separated from the men. Some of the big names who came to the tournament with intimidating credentials have surprisingly been sent packing from the competition.

There have been major upsets, just as there have also been the emergence of new strong contenders on the African continent. Like they say, there are no longer minnows in football, and this year’s AFCON has proven that assertion accurate.

City People Senior Editor, WALE LAWAL and DAMILARE SALAMI, take a look at some of the upsets of the tournament and why there have been early exits of some of the biggest teams from the competition.

They were also considered title contenders until their shock defeat at the hands of South Africa’s Bafana Bafana. With a team that paraded the likes of  Mo Salah, Africa’s most valuable player and Liverpool FC’s talis man who found the net twice in the tournament, and Trezeguet who also had a good showing at AFCON 2019 along with several other experienced players, everyone expected Egypt to go all the way.

The fact that they were playing at home infront of their own fans was also thought to be an advantage the Egyptians had over the other teams. But that was not to be.

They were dumped out of the tournament by South Africa at the Round of 16. Many have alluded their defeat to over confidence on the part of the Egyptians. They underrated the South Africans and lost a match they largely dominated.

The Ghanaian national team came to AFCON 2019 with high hopes. And on paper, they probably had every reason to be ambitious.

The Black Stars of Ghana are one of the biggest power houses when it comes to African football. They have won the African Nations Cup four times and have the pedigree to come to the African tournament as title contenders.

Before they were dumped out of the competition on penalties by Tunisia, they had had an average performance, something that fell short of the Ghanaian standard that everyone was familiar with.

Analysts have taken a good look at the Ghanaian side and posited that one of the major reasons the Black Stars could not progress beyond Round of 16 was their over reliance on the Ayew brothers.

And although Andre and Jordon both scored a goal a piece before their exit, they still could not offer the sort of fire power that Ghana needed to scale past Tunisia. Perhaps the major reason why the Black Stars failed to live up to expectation is the fact the two star players the team relied on came to the tournament out of form.

As a matter of fact some have insisted that both Andre and Jordon are two players who have gone past their prime, if their recent unimpressive performances for their clubsides before the season ended are anything to go by. It was clear to see that the below par performance of the Ayew brothers greatly affected Ghana’s AFCON 2019 ambitions.

They are another big team that failed to live up to its big name tag. They came into the competition as defending champions and also as favourites  to win the trophy.

Yes, some analyst have argued that from the start of the competition the Cameroonians struggled to win their matches, and so not many were totally surprised at their early exist.

Others have insisted that they improved as the tournament progressed. They had experienced players on their team. There were about five players in the present squad who were part of the team that won the trophy at the last edition.

The team obviously lacked cohesion and that winning mentality that was a stand out feature of the old Indomitable Lions of Cameroons.

This came to the fore when they squared up against the Super Eagles of Nigeria. The Cameroonians let the game slip through their fingers after coming from a goal down to lead 2-1, scoring two goals in quick successions.

But what many analysts just couldn’t understand is how the Indomitable Lions failed to take the game beyond 90 minutes. It was a match that seemed destined for extra time, but the Cameroonians lacked the mental steel, the hunger and desire to fight the Super Eagles, a characteristic that was the hallmark of the Indomitable Lions.

And against a Super Eagles team that is growing in confidence, they stood no chance if they were not bringing their A-game to the party.

The Atlas Lions of Morocco are also one of the big teams whose crash from the competition surprised many. The Moroccan national team have always been one of the stand out teams in Africa.

Ask anyone who knows a thing or two about African football and they’ll tell you that the Atlas Lions of Morocco play one of the finest football in Africa.

They started the competition pretty well, winning all their group games and topping the group with maximum points. But nobody saw their exit coming.

At least, not to a smaller team like the Republic of Benin.  When it mattered most in the tournament, the Moroccans failed to come to the party. They lacked ideas and creativity upfront. And they were clearly an exhausted side too.

Almost everyone of them was tired by the time the match dragged into extra time. And of course, we all saw the dismal quality of their penalty kicks, they could only score one of their penalties. For a team that started so well, losing to Benin was a pill too bitter to take for their fans.

After knocking out Mali by Wilfred Zaha only goal in the round of 16, West African giants, Ivory Coast looked to be well positioned for another African Cup of Nations glory.

However the Ivorians met an equal match in skill and strength when faced with another north African giant, Algeria.

Coming out second from a group that had Morocco, Namibia and South Africa, the elephants who looked to have passed their golden generation of the likes of Didier Drogba, Yaya Toure, Kolo Toure, Gervinho, etc made fans believe they could spring up surprises.

The squad didn’t look so convincing with their performances in the group stage. But to have edged out a Malian side, that was firing on all cylinders was a pointer to what the team could achieve despite being relatively young.

Ivory Coast, had won a single game more than Algeria in their previous AFCON meeting before the 2019 quarter final clash (W3, L2, D2) in 7 encounters. For them to have stretched the game to extra time and penalties was a pointer to the fact that they had high hopes and were fully prepared to carry the day. However, a winner must emerge in a cup competition at this stage and unfortunately for the elephants, the North Africans expertise in penalty shoot out came to the fore and Algeria carried the day to set up another explosive semi final clash with Nigeria.