Home News Why The Egba Celebrate LISABI Every Year
News 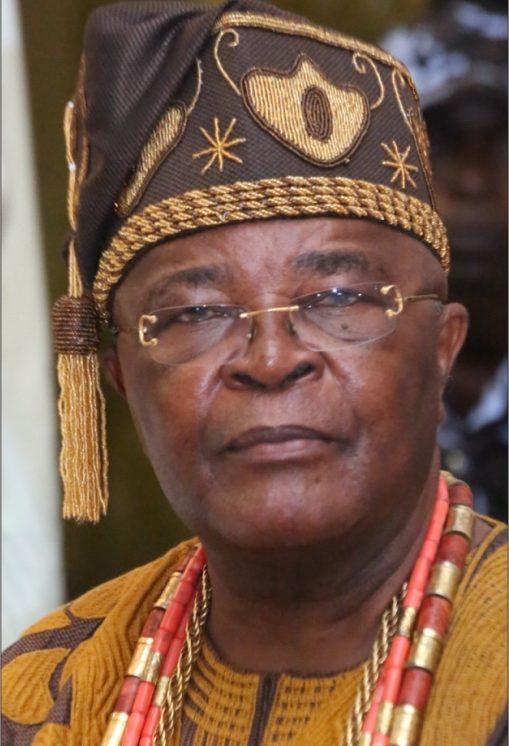 What Every Egba Son & Daughter Should Know!

The Egba people just marked this year’s LISABI Day. Below, Chief Adebola Lawal, the Baapitan Egba reveals the significance of the celebration

The above one million dollar question cannot be effectively or satisfactorily answered without tracing briefly the history of the Egba people right from Egba Forest. In the Egba forest, where the various groups remained for a long time, they maintained their distinguishing features.

At that time, however, the Egba acknowledged over lordship of the Alaafin of the Oyo- Yoruba Empire (old Oyo Empire) though, the rule of Ilaris, the Alaafin’s representatives was also a reality superimposed upon the Egba people was not explained, but geographically, Egba Forest, at that period, laid within the Oyo Empire.

However, the Egba, at the time, paid tribute to Oyo, perhaps in return for protection given them against external aggression. This paramountcy of Oyos over Egba people was however, short lived, for between 1770 and 1780. The authority of the Alaafin was challenged and overthrown by Lisabi, an Jgbein man who astutely reorganised a militant movement under the guise of a traditional mutual aid society – “EGBE ARO”, which assumed a military undertone and carried out the massacre of about 600 Ilaris- the Alaafin’s representatives about 1780.

A punitive Oyo army was ambushed and rooted. Thus signifying Egba liberation from the bondage of the Alaafin of Oyo. To ensure a complete independence, Lisabi built walls and trenches as fortification against outward forces and signed military treaty with the Oke-Ogun people for an active frontier policy especially against Dahomey invasion.

The history of the Egba is the history of their leaders, chiefs and non-chiefs alike. While they were still in their homestead, that is Egba Forest, Lisabi had epitomised the shining example of quality leader in the socio-political development of the land. The role of Lisabi in the liberation of the Egba from the uneasy yoke of the (Alaafin) in the 18th Century was that of a leader, even though he was not a chief. His epoch-making challenge to the imperial might of the Oloyoo was first of its kind. There had been assaults and act of disobedience against the imperial authority of the Oloyoo before the Egba rebellion, but they had all been crushed. So, when Lisabi led-uprising reared its head, the metropolitan Oyo, although not amused, must have thought it was just another prank or detraction at the backyard. How wrong they were. Lisabi and the Egba people were able to score a first in the history of political and military confrontation with His Imperial Majesty -Oloyoo.

One would, be tempted to find out what happened to this great Egba man “LISABI” after achieving the victorious feat over Oyo enemies in Egba Forest. The cause of his mysterious disappearance

from the Egba Forest till date was yet to be explained, told or established. No one could ascertain the nature of his death or say much about his whereabouts, which still remains a mystery to all and sundry clothed in myth as he was believed by the Egba people to have been a demi-god. Today, Lisabi is proudly remembered as the Egba liberator and lawgiver who freed them from bondage and obscurity- no wonder the Egba indigenes called themselves “Egba Omo Lisabi” that is “Children of Lisabi”.

By the time of Lisabi’s disappearance, the authority of the Alaafin of Oyo had not been seriously disputed by any of the Yoruba sub-ethnic groups, although the allegiance of these tribes was becoming more and more nominal. With the close of the long and peaceful reign of Alaafin Abiodun about 1810 century, the breakup of the Yoruba kingdom began as the Oyo Empire started to crumble or fall gradually on evil days. It is, however, interesting to note that following the example of Lisabi, the rulers of other various tribes later asserted their independence and thus seized to pay tributes to Oyo, leaving to the Alaafin little or nothing to himself even though allowed to remain for a short period. As a result of the mysterious disappearance of Lisabi from Egba Forest, the Egba people living in their respective townships were faced with outbreaks of civil disorder, rivalries and jealousies owing to lack of central traditional authority to direct them resulting in civil wars. The Egba taking advantage of the overthrow of the Yorubas declared themselves independent but the Oyo as soon as they settled in their territory attacked the Egba town with vigour and drove them out of their northern towns…

With this proud background history, the question that now engages our minds is – WHY DO THE EGBA CELEBRATE LISABI? The answer to the question is simple. The maiden celebration was tagged LISABI DAY CELEBRATIONS. Thanks to the wisdom, patriotism and visionary spirits of the Egba Chieftaincy Committee who in February, 1987 set up the Lisabi Day Committee, with membership drawn from all sections of Egbaland comprising sons and daughters of the land under the distinguished and able leadership of Professor (Chief) Saburi Oladeni Biobaku, the first Baaptan Egba who was a renown historian. The idea of celebrating Lisabi Day annually was designed over 30 years ago so as to bring all Egba citizens together to share fellowship and make concerted efforts to revive and sustain the glories of our past heroes and heroines. This idea was first mooted but shelved in 1980 to give way to the celebration of the 150′ Anniversary of Egba Settlement in Abeokuta (1930-1985), which was organised and took place first week in November, 1985 and celebrated with pomp and pageantry bringing together all Egba indigenes and their friends from all walks of life to rejoice. That memorable event achieved the same objective as the Lisabi Day Celebration, which came up some years later. Equally, the objective of the celebration is to honour our heroes and heroines who fought to create a homestead for themselves and future generation of the Egba.

The foundation of the art of governance was laid by the early Egba settlers and perfected. An enabled Chieftaincy Institution was fashioned out by them, systemised trade and commerce were embarked upon. The spirit of oneness demonstrated in the establishment of the democratic system of government through the inauguration of the famous Egba United Government in 1898 was surely the bedrock of our association today.

While we remember these feasts, we need to ask ourselves what we want to contribute to these worthy legacies. An annual gathering of all Egba Sons and Daughters with their friends was therefore fashioned out to encourage individuals to aspire towards greatness so as to be remembered among the numerous builders of Egbaland to which we are all proud to belong and want always to be associated with. Such avenue provides a forum for remembering with pride admiration and gratitude to Lisabi (Father of the Egbas). The lesson derivable from the celebration is to call on the present Egba generation to use the annual festivity as a forum or an opportunity to re-kindle the torch of unity, industry, progress and development which characterized the days of our forbearers. All Egbas, both at home and in the Diaspora, must strive to emulate the steering records of our ancestors by rallying our present Obas, Chiefs, Elders and the Government to keep alive the patriotism.

In essence the Festival is meant:

a)To illustrate and celebrate the heroic characteristic of Lisabi, and imbibe his outstanding patriotism, his exemplary leadership and service to the community for common good and well being of the people.

b)To bring into the consciousness of the young ones and the public in general, the exploits of some of the great Egba sons and daughters who had rendered selfless services to Egba Community. C) To encourage the contemporary Egba society to appreciate that unity is strength. d) To further cultivate to the young ones and suggest to them the characteristics of our authentic  heroes and heroines and sensitize in them some understanding and cultural values and virtue of Egba people, teaching and making them to understand and move forward with moderm time and be a proud and worthy contributors to world progress and civilization.

From the history of the Egbaland and its people, there is necessarily a long list of deserving heroes and heroines as well as high-ranking achievers. The ultimate purpose of the Lisabi Festival Celebration is, therefore, to unite the Egba as a people so that the present generation and those yet unborn will continue to reap more benefits of their noble and enlightened ancestry, our generation has been lucky to enjoy, bearing in mind that in unity lie, our strength, dignity and respectability, tor ours is indeed a proud heritage.

We should all know that the celebration is not only for traditional and religious purposes but to emphasize our common bond and heritage and pay homage to our historical legacies. Since our strength as the Egba lies in our cultural and traditional institutions, we must endeavour to encourage and bring out our cultural festival to international standards with a view to establishing and attracting tourist potentials of the celebration activities.

HISTORY OF EGBA FROM NATIONAL ARCHIVE

Why The Egba Celebrate LISABI Every Year was last modified: April 6th, 2020 by City People