Why TOYIN ABRAHAM Is The Hottest Actress Right Now! 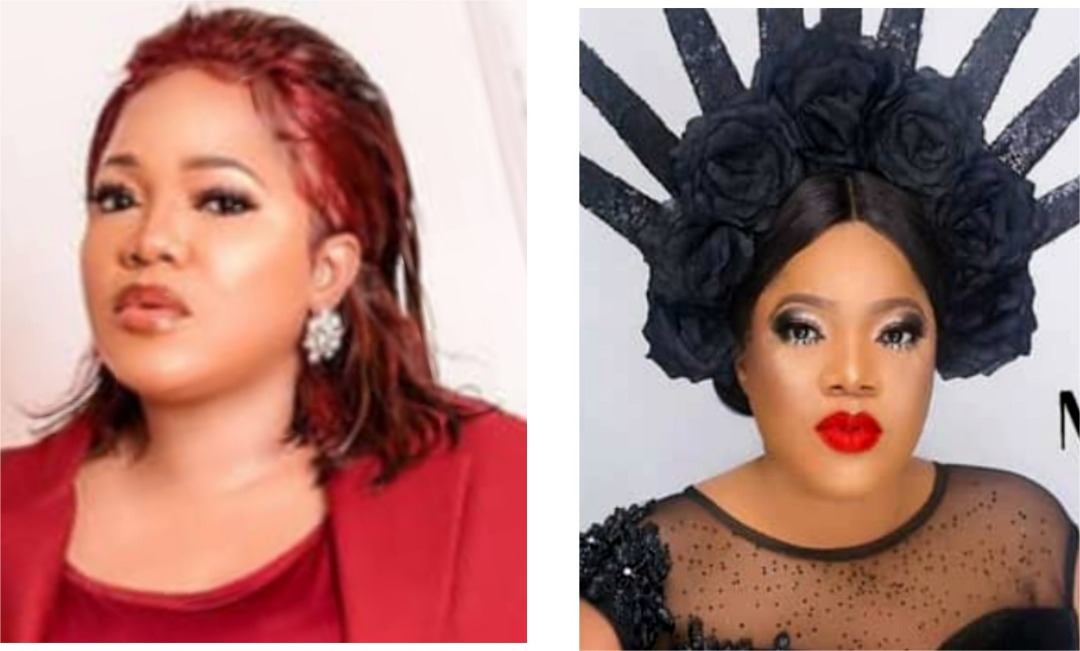 +How She Built Her Huge Die-Hard Fans

One can’t help but admire Toyin’s success story in the movie industry, the beautiful mother of one has not become a household name but has also been able to create a good reputation for herself. It’s no more news that she had an humble background but through hard work, determination, and dedication she has been able to make a huge success of her career. She started acting in 2003 and featured in the movie titled Dugbe Dugbe Nbo, then she went ahead to produce her first movie titled Alajota, her journey to success was filled with ups and downs but she never gave up on her dreams in life according to her at a point in her career she didn’t have plans but just wanted to be known but later realized being popular is not the same as being successful, in one of her interview with Linda ikeji she stated clearly “when I got into the industry and the fame became too much, I became irresponsible,I couldn’t boast of 1 million in 2016 so I had to change my circle of friends and the change in me started in March 2017. She also revealed that she made mistakes in the entertainment industry but has not let the negativity shape her.

She will gladly tell whoever cares to listen that God is the secret to her success and the reason behind people accepting her with her flaws, God has sent people who accept her with her flaws and all, also people who have helped her cross to the next line. She is always quick to admit to the fact that she is not one who is without flaws but her imperfection has not stopped her from getting support from people who have helped her career till date. She once also talked about some of the struggles she went through in the industry according to her “ I would cry all the time because life felt like it was out to deal with me, it never occurred to me that my tears my pains all that life had thrown at me would be my gain today, the suffering I went through back then is my praise today, the tough and difficult life is my joy today, the pain back then is my motivation today….”.Today Toyin Abraham is not just one of the most celebrated in the movie industry but regarded by fans as one of the hit makers in the industry with a huge fanbase home and abroad.She has earned the title queen of box office having featured in award winning movies back to back.Though she’s among the outstanding stars in the yoruba movie industry but her rating increased drastically when she started featuring in English movies, she also admitted the fact starring in the award winning movie Okafor law and working with the talented producer cum director Omoni Oboli was highly instrumental to her brand, she has featured in award winning English movies such as Ghost and the tout, okafor law, Bling lagosian, Seven and a half date, kasanova, Wives on strike, hakkunde, Disguise, Smallchops Elevator baby which she shot when she was 7 months and 2 weeks pregnants and eventually won her Best Actress West Africa in the last Edition of Africa Movies viewers Choice Awards beating the very best of African stars in the same categories and a host of other blockbuster movies.

Besides her huge success in the movie industry, she is one celebrity that has a huge fan base, who are not the regular fans that celebrities have but diehard fans who are always more than willing to take bullet for her any day anytime, she has 5million fans on ig asides her other social media handle and they are usually called “Toyintitans” to these fans she can never be wrong, most often she doesn’t even have to react to allegations before her fans fight and win her battles for her.

Toyin is loved beyond words in and outside the industry because she has acquired a reputation for being herself always and not exhibiting that flamboyant lifestyle, she always keep it very simple and natural, most of her colleagues describe her as a very selfless actress and that explains why they love and hold her in high esteem. Popular actress Bimpe Akintunde once shared how she stood by her when all her friends deserted her during her baby pregnancy. Just few days ago a popular blog shared a video of a lady who has been on wheelchair due to accident and struggling to survive, Toyin put a call to her on her birthday not just making her day but supporting her financially, also when the issue of the pandemic broke out, she the first actress to reach out to people in different states in Nigeria. Most of her colleagues especially the younger ones have one or two-story on how she has impacted and touch their lives positively, she also makes it a point of duty to always reach out to them and contribute positively in their lives.

Many also fell in love with this talented actress mainly because of the way she came out true with her story, how she opened up on her past when she abused hard drugs like marijuana, codeine and other vices and despite the fact that she just started making money 3yrs ago despite being in the industry for over 17years, she has touched a lot of lives positively and the way she has been able to make to the very top despite fighting depression and other challenges has made people love her far beyond words.

How I Survived COVID-19: My 17 Days Diary – Ogbeni OLAWALE DAWODU

Why Many Big Men Don’t Joke With Their Mums – The Story Of Chief OKOYA, K1, PASUMA & Co.