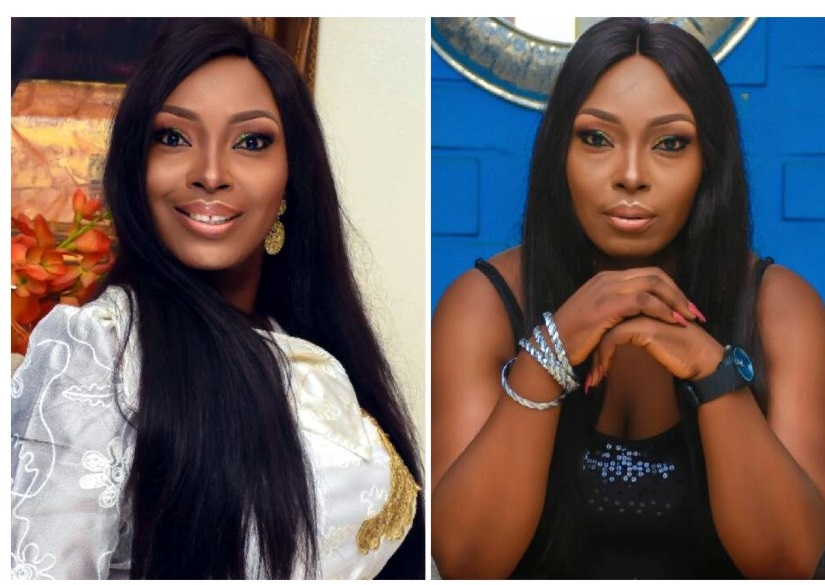 Ayobami Oyita is one of the hottest actresses rocking the Yoruba movie scene right now. She is the tall and ebony complexioned actress who dominates many of the movies currently showing in the Yoruba movie industry.

Although her real name is Ayobami Ojo Badejoko, everyone calls her Oyita. She is a prolific actress, a singer and movie producer who has on several occasion given a good account of herself, professionally. She is good.

She has been acting for years, but officially she has acted for 5 years. She is good at what she does. Which movies brought her to the limelight?

How does she balance out her roles as an actress, wife, and mother?

“Its God’s grace, it’s really not easy but I thank God for the grace and wisdom.

Many don’t know she started as a singer.  Ayobami, who is the producer of Iraran and Poverty began her showbiz career as a Musician before she gave movie a trail. What made her switch to movies and why Yoruba movie industry? Yes I started as a Singer, and am still singing, though acting as taking most of my time these days, nothing made me switch. I am talented in acting I have always wanted to act also, just that I started as a musician.”

“When is her next movie coming out? Soon, can’t really say a specific date right now but before this year runs out my next movie Alajogbe will be out and also Ijebu Ijesa will be out this year, hopefully also Alagbo which is a multi million naira project”. Where is Ayobami from? Where was growing up years? Where was she born?  “I am from Osun State Ilesha precisely. I grew up in PH / Lagos and was born in Ilesha”