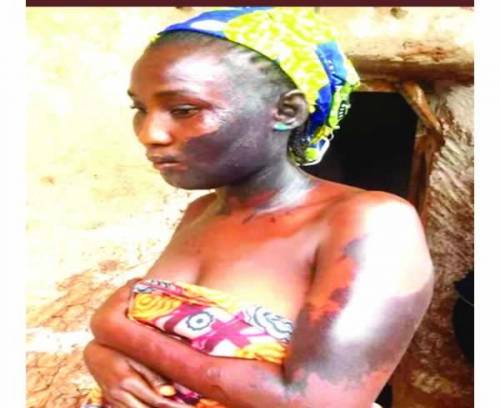 A woman and her two children have been attacked with acid in the Layin Shehii Quarter, Dandume, Katsina State.

The victims are Rabi Ado, and her two children, Yahaya, and Zainab Ismail.

The attackers reportedly poured acid on the victims through a window while they were asleep.

They were rushed to the Ahmadu Bello University Teaching Hospital having suffered burns.

Punch reports that cries of agony by the victims forced their neighbours awake.

One of the neighbours said, “Their cries woke us up and by the time we forced the door of their room open, the woman and her children were in serious pain.

“We then mobilised and took them to a nearby hospital, from where they were transferred to the teaching hospital at Zika, because of the extent of the injuries.”

Rabi, it was gathered, was estranged from her husband.

The spokesman for the Katsina State Police Command, ASP Anaz Gizewa, told the newspaper, “One Rabi Ado, wife to one Ismail Gilima of Layin Shehi Quarter, Dandume, was assaulted by (an unknown person(s), who threw some liquid substances suspected to be acidic on her and her children through the window while they were asleep.

“As a result, she sustained some burns and scalds on her back and shoulder. Her children, Yahaya Ismail, and Zainab Ismail were also affected.

“They are currently receiving treatment at the ABU Teaching Hospital, Shika, Zaria. The family of the victims were contacted and they confirmed the incident. They further stated that they were strongly suspecting the husband, Ismail, for being responsible for the attack
due to the fact that he and the wife had a case in court.

“The wife is seeking a divorce from him. He was informed of the incident via the phone, but up until now, he has refused to show up.

“However, we have already liaised with the victim’s family to trace him and get him arrested.”