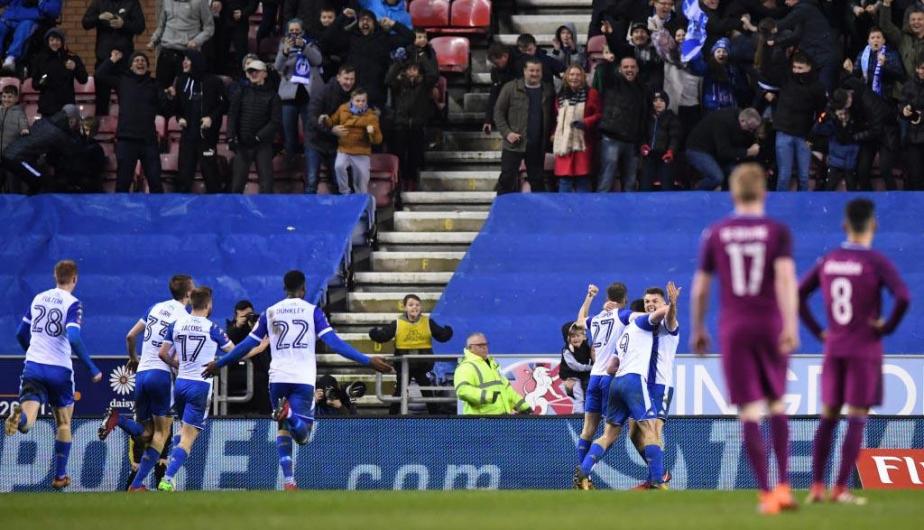 League One side Wigan Athletic ended Manchester City’s hopes of a clean sweep of trophies with a stunning upset in their FA Cup fifth-round tie.

The striker’s low finish capped a night of drama at the DW Stadium, with City’s Fernandinho wasting a fine chance shortly before Delph was dismissed for a heavy challenge on Max Power.

The incident led to a heated argument between City boss Pep Guardiola and opposite number Paul Cook in the tunnel at half-time.

And there were unedifying scenes at full-time, too, with City striker Sergio Aguero involved in an altercation with one of the many home fans who invaded the pitch.

City threw everything at their hosts both before and after Grigg’s goal – a guided shot from 20 yards – and Danilo’s header was gratefully held by Christian Walton in the game’s final attack.

“For the PDP to say they are boycotting the local government election, they have signed their death certificate” – Edo APC on LG Polls