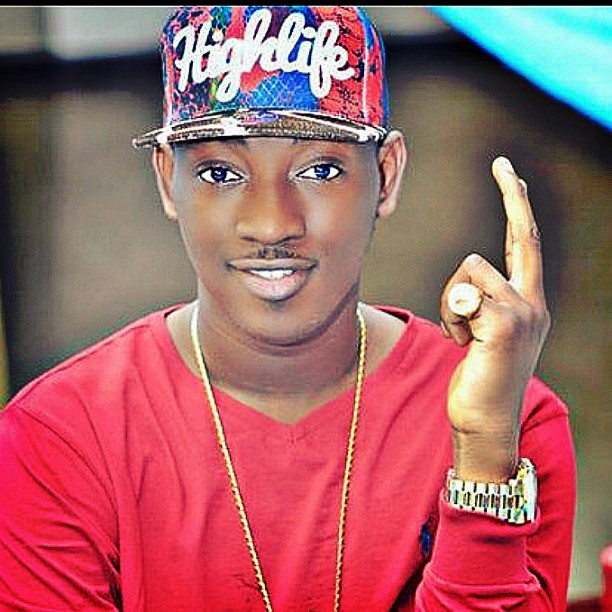 Wikipedia entry on the recently arrested Nigerian singer, Oyindamola Johnson Emmanuel, aka Dammy Krane, has taken a jungle swipe at the singer’s tribe, the Yoruba, describing them as ‘thief,’ and ‘Yahoo Yahoo’ (internet fraudsters).

Dammy Krane, who, Wiki claims, has one of his 2017 songs entitled “Making of A Yoruba Thief,” is currently being held by the American Police allegedly for credit card fraud.

The page containing the offensive description of the Yoruba was last edited on Sunday afternoon.

The entry that took a swipe at Dammy Krane’s Yoruba heritage also described another Nigerian wealthy young man, HushPuppi, as someone that the American authorities should take interest in.

Here is the Wikipedia entry:

He lives a fake life and wants to be seen as a baller. Just like his tribesmen (Yoruba), Dammy Krane together with his cousin; Sauce Kid, Monitors email transactions and diverts money from the deals.

They call it trapping.

Hopefully, the American government will prosecute them and lock them up for good. They have rendered so many families hungry and broke because of their desperate urge to life the good life.

This is also to alert the American government on another one called HushPuppi who operates from Malaysia.

Please do away with these people as they are dangerous to society. Thanks. 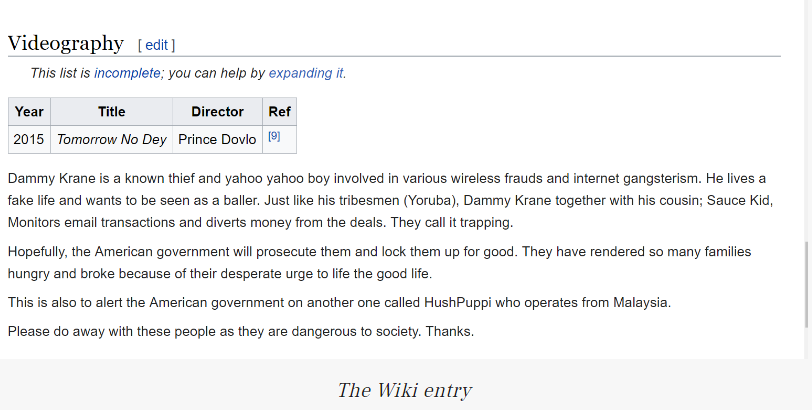 I am The Best Since Fela Died...