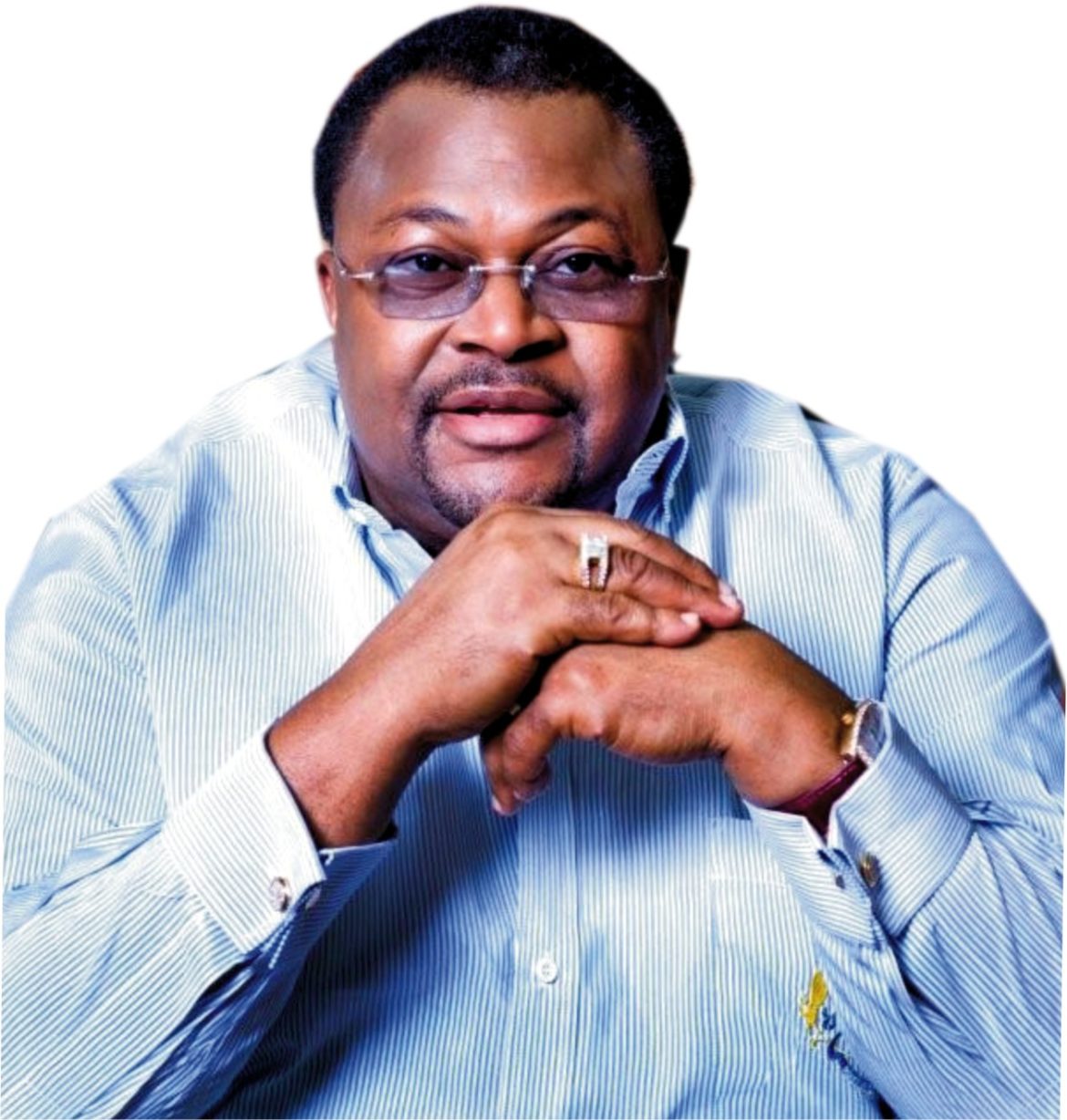 •My Own Don Beta Winners Receive Prize In Ojuelegba LAGOS

Winners started arriving at the Ojuelegba venue of the twin event – Prize presentation to winners picked last week at Ikeja Computer Market and live draw for 2nd prize presentation, which will in Abuja next Wednesday.

The Compere, Mrs Patience Ozokwor, alias “Mama G, G for General” fully branded in a green gown with Glo emblazoned on the gown expertly handled the ceremony switching from English to pidgin to Igbo and Yoruba.

Prince Jide Kosoko greeted guests in the Christian, Muslim and Traditional way. He said “I want a very strong applause for Glo. As a telco, the main responsibility is service delivery. Now the company is doing more for its valued subscribers”.

GLO IS MAKING LIFE EASY FOR EVERYBODY -AMEBO

Mrs Ibidun Allison alias “Amebo,” said “ Una good afternoon. Na since 2003 we dey Glo with pride. Then we moved to Glo Unlimited. Glo has done a lot for Nigeria. The company has given jeeps (SUVs), cars and houses. Fingers are not equal but Glo is making life easy for everybody.”

CONGRATS TO GLO FOR THIS INITIATIVE— LAGOS SSG

Lagos State Secretary to Government, Mrs Folashade Jaji said “Congratulations to Globacom for coming up with this initiative. I congratulate all the winners. I hope Globacom will organize training for the Keke winners. I urge other telcos to emulate this Glo gesture”.

I WILL WIN & MY LIFE GO BETA —VP, MAPATA

David Eze, Vice President, Mega Autoparts and Allied Traders Association said “I am glad to be here. I came to confirm that it is a reality. I did not believe in the promo but from what I am seeing, I am so impressed that I have been recharging. I believe that I will win and my life go beta”.

THIS ONE IS REAL, NOT BOJU-BOJU —TODAL TREASURER

TODAL Comrade Sulaiman Kamal, Treasurer, Tricycle Owners Drivers Association of Lagos State said “Una well-done o! My wife is using Glo. I bought Glo and will like to win Keke. This one is for real it is not boju-boju”.

GLO IS SHARING GOODNESS TO PEOPLE AT GRASSROOTS —BRODASHAGGI

Brodashaggi representing youths said “Hello! Glo is a network of the people, sharing goodness to the people at the grassroots”.

GOD WILL CONTINUE TO PROSPER GLO —IYA OJA OF OJUELEGBA

Iya Oja of Ojuelegba, Mrs Mojisola Sanusi prayed that God will continue to prosper Globacom.” Ojuelegba too will not spoil. Eko oni baje”, she added.

BIG-UP TO GLO FOR FOLLOWING DUE PROCESS —NLRC

Mrs Joy Okunna, Assistant Director, Nigeria Lottery and Regulatory Commission said “the Commission was set up to ensure credibility in the lottery business. We are here to ensure by monitoring that things are creditably done. I want to commend Globacom for following due process.

*Mama G asked all the winners to dance to Ojuelegba by Wizkid to loosen up before the prize presentation ceremony.

Omowunmi Obafemi, from Ilesha, a fresh graduate of Special Education from the University of Ibadan going for national service next month. Won a generator. “I want to say thank you very much to Glo for making me to be one of the winners. I am very grateful. I will take the generator to my husband’s house as I will soon get married”.

WITH THIS GLO PRIZE, NO DARKNESS ANYMORE

Adesina Aderemi Ahmed from Alagbaka, Akure, a tiler: “ I am so happy because I did not know that it is real. Thank you fantastic Glo! I will use the generator. No darkness anymore!

GLO HAS TURNED MY LIFE AROUND —CONSTRUCTION WORKER

Obinna Stanley Nwoye, a 42-year-old father of one who works with Hitech in Abeokuta: “ I am very very happy when they called me and said I should go for my confirm at Oke Ilewo (Gloworld). Glo has turned my life around”.

Honey Nwuneli, 28 years old freshly graduated tailor. “The industrial sewing machine is going to help me a lot. When I was called, I thought it was scammers but they called me three days ago to go to any Glo office to claim my prize. I am happy because after learning sewing you have to buy a sewing machine and God has provided one for me, so I don’t need to buy it anymore. I want to thank Glo for this promo as so many people don’t have jobs. Even if I do not have a shop yet, I can operate from my house. I thank Glo”.

Joel Ndimreke Kufre, a 200-level Public Administration Student of Heritage Polytechnic, Eket, Akwa Ibom State. The 27-year-old winner of Keke said: “This is a life-changing opportunity which will help me to complete my education and also do other things. I will give somebody the tricycle to ride and bring returns on a daily basis.”

I WILL EXPAND MY BUSINESS WITH THIS GLO GRINDING MACHINE

Mrs Akinbami Olawunmi Esther won a grinding machine. She came with her sailor husband and nine-month-old baby, Samuel. The provision and foodstuff seller in Ikorodu said: “When I heard the news, I was very happy and jumped up! I will add grinding to my business.”

I WILL GIVE THIS SEWING MACHINE TO MY TAILOR SON —T-SHIRT SELLER AT OLUWOLE, LAGOS

Olori Modile Mosunmola, a 44-year old T-shirt seller at Oluwole Market said: “My firstborn is a tailor and I will give the sewing machine to him. He is also a student at the Moshood Abiola Polytechnic. I am very very happy. I like Glo because its tariff, service and browsing are very okay.”

MY OWN DON BETTER. THIS SEWING MACHINE WILL HELP MY BUSINESS —TOCHUKWU UZOR

Mrs Tochukwu Uzor, who runs a provision store at Aguda, Surulere said: “I am so happy, very, very happy. Although, I am not a tailor, somehow, this will help my business. I am married with a kid. My own don beta. Well done to Glo Mobile.”

I LOVE GLO, I’LL GIVE THIS GRINDING MACHINE TO MY MOTHER IN NASARAWA —DRIVER

Mohammed Idris, a 25-year old driver with a company based in Victoria Island, Lagos who won a grinding machine said: “I love Glo. I have been using Glo since 2008. This is my first time of winning something with the network. I will give this grinding machine to my mum in Nasarawa State.

Kelvin Arinze, a 30-year-old computer repairer who won generator said: “this is a very great opportunity as I would drop the old generator and start to use this new generator to carry out maintenance of computers. Thank you very much, Glo”.

AS FAR AS I’M CONCERNED, GLO IS THE BEST IN NIGERIA —NDIDI, KEKE NAPEP WINNER

Ndidi Okpozor, a professional driver with Mega Point said: “ I am over happy because I did not believe it when they first called me until they gave me the paper that I won Keke Napep. As far as I am concerned now Globacom is the best network in Nigeria. This opportunity will help me to plan my life well now”

THIS KEKE IS EMPOWERMENT, GLO IS RULING THE WORLD —MICHAEL, TRUCK DRIVER

—Michael Stanley, a truck driver: said “I was sleeping when Oga Desmond called and said I had won Keke. It was like a dream. I feel super excited because I never believed something like this can happen. I live at Ikorodu and work at Apapa. The Keke is empowerment. I will give it to someone to be driving and be paying me on a daily basis. With Glo promo my own don beta. Glo, they are ruling the world and should just keep it up.”

Oyewoga Adewale, a 39-year-old teacher at Abusi Edumare Academy, Ijebu Igbo who won a generator said: “I feel very happy. I will use it to generate light at home, pump water and use it generally. My own don beta with Glo”.

MY OWN DON BETA, I REALLY APPRECIATE THIS SEWING MACHINE —GATEWAY POLY STUDENT

Halima Yekeen, the 24-year-old winner of Industrial Sewing Machine is a student at Gateway Polytechnic, Saapade who is also working. My own don beta o! I really appreciate it”.

19-year-old Akinyode Oladimeji Sunday who won a sewing machine said he is going to learn how to sew clothes because one stream of income is not enough. The teenager who resides at Orile Agege in Lagos is also an apprentice barber.

18-year-old Michael Kayode who won a grinding machine plans to give the machine to his mother who is a trader at Imota.

Mrs Hafeez Aminat, a foodstuff trader at Agbede, Ikorodu who won a tricycle was very happy for benefitting from the Glo promo. He said: “Glo will continue to progress. I will use it for business.”

Akinbowale Adewale Babatunde, a tricycle winner, who graduated two weeks ago with BSC Architecture from Caleb University said “I see this as God sent Glo to give me a means of investment. I hand it over to my parents to use it as a business for me.

Frank Asanti, a 29-year-old driver who won grinding machine said: “First, I thank God. I recharge regularly. Thank Glo. God will continue to bless the company. I will keep the grinding machine for the wife I will soon marry”.

2nd Live Draw done to pick winners that will receive prizes in Abuja. Some of the winners called were from Abuja, Lafia in Nasarawa State and environs.

Statement by CCECC on the its medical...