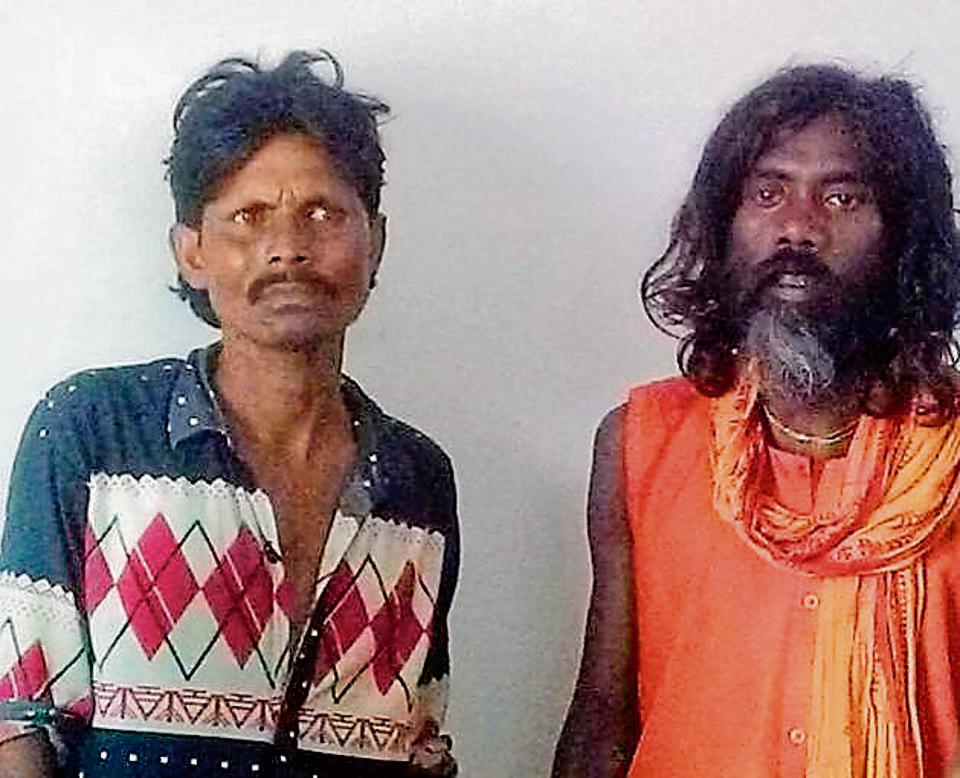 A witchdoctor who planned with an accomplice to kidnap and sacrifice a six-month-old baby has been arrested by the police.

A six-month-old child was sacrificed by a sorcerer with the help of another man to appease a god in Jharkhand, reports HindustanTimes.
As a result, nine innocent men in four different incidences have been killed since May 12 as frenzy mobs in tribal areas attacked strangers suspecting them to be on the hunt for babies to kidnap and sacrifice.
Police on Friday said the baby girl was abducted and sacrificed at a burning ghaat by the sorcerer/witchdoctor to seek divine blessings so that the man, who helped him in the crime, and his wife could have a child.
The duo Karmu Kalindi and Bhadohi Kalindi have been arrested and remanded to judicial custody. However, police are yet to recover the child’s body. The accused in their confessional statements had told police that they had buried the body on a river bed after offering the baby’s blood at the burning ghaat.
“We have solved the child-theft mystery. The accused have confessed to their crime,” said sub-divisional police officer Sandip Bhagat. “The dagger they had used for sacrificing the child has been recovered.”
In their FIR lodged with the police on May 26 parents of the girl Subhash Gope and Parvati Gope said some unknown miscreants abducted their child when they were sleeping in their house keeping the doors open to beat the heat. Karmu, the sorcerer, is the next door neighbour of the Gopes, while Bhadohi is from a neighbouring village.
Superstitious practices like child sacrifices and witch hunting are common in the state despite government’s claims of taking adequate measures to check the menace. Illiteracy coupled with lack of awareness and healthcare facilities have allowed self-proclaimed divine healers to exploit gullible villagers.
The sorcerer had advised Bhadohi that he would be blessed with a child if a new born baby could be sacrificed to appease the god.
Accordingly, they planned and executed the child’s abduction on May 25. Police said the sudden disappearance of Karmu, who is popularly known as Sadhu, raised suspicion.
Though police say, the two were arrested from a neighbouring village, reliable sources told HT that police apprehended them from West Bengal’s Purulia district where Karmu’s relatives have been flourishing by practicing sorcery.
Villagers said Gopes also visited a couple of sorcerers to seek their help in locating their missing child. On Friday, they wanted gallows for their child’s killers.
Witchdoctor Kidnaps and Sacrifices 6-month-old Baby for a Barren Woman to Give Birth was last modified: June 9th, 2017 by Arinze Ago