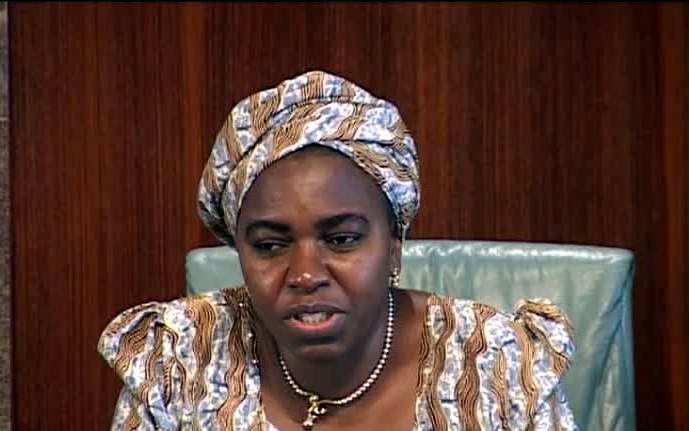 Mrs Ochekpe, and the two others – Raymond Dabo, former Plateau PDP Chairman, and Leo Jatau, Coordinator of the President Goodluck Johnathan campaign in Plateau – are being tried by EFCC for allegedly collecting N450 million from former petroleum minister, Diezani Alison-Madueke, in 2015.

The anti-graft agency is alleging that the trio collected N450 million from one Annette Olije-Gyen, Operation Manager of Fidelity Bank, which exceeded the amount authorised by law.

Ms Gyen, in her testimony, told the court that her boss, who was the then Group Divisional Head of Operations, Martins Ezuogbe, directed the bank cashiers to disburse the money to the trio.

“On March 26, 2015, we obediently called the trio, who came to our office and were given the money.

“After confirming the money, we gave them our bullion van with which they conveyed it.”

She said that on January 8, 2017, the bank received a letter from EFCC asking for details of the transaction.

“On January 11, we responded to that request,” she said.

A correspondent of the News Agency of Nigeria (NAN), who covered the proceedings, reports that the prosecutor, Ahmed Munchaka’s request that the two letters be tendered as evidence was, however, vehemently rejected by the defence lawyers.

Messrs Gyang Zi and S.O. Oyewale, lawyers to Messrs Ochekpe, Jatau and Dabo, argued that the letters should not be admitted because they were not original copies.

“The bank should have produced original copies of the letters; the court cannot work with photocopies because they might have been tampered with. We can only accept original copies,” they argued.

Mr Munchaka, however, insisted that the letters be admitted since they had been authenticated by all parties.

“The letters are acceptable in law because they have been authenticated; they are as good as original copies,” he argued.

He further argued that the documents should be admitted because they were “very vital letters in evidence”.

After listening to the parties, the judge, Musa Kurya, adjourned the case till May 17 and May 18 for ruling on whether or not to admit the letters, and continuation of hearing.