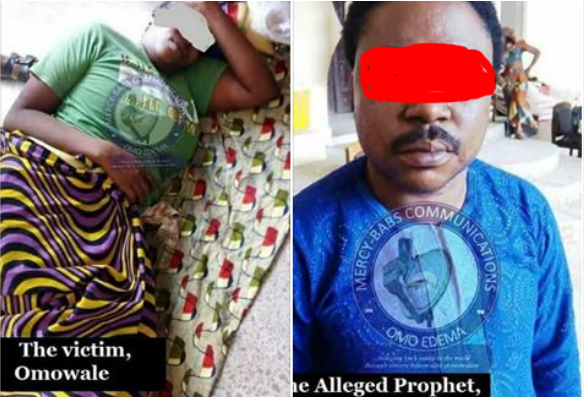 Recall the story of one Mrs. Omowale, who alleged that Prophet Oni Olakanye of CAC Palace of Mercy, Matthew, Olokuta, Ado-Ekiti, caused injuries to her private part after a strange deliverance, she is dead.

According to Omo Edema of Voice 89.9FM in Ado Ekiti;

The woman, Mrs. Omowale, who recently alleged Prophet Oni Olakanye of CAC Palace of Mercy, Matthew, Olokuta, Ado-Ekiti of causing injuries to her private part during a strange deliverance session is dead.

The woman, who had been suffering from wounds on her private part resulted from the substance allegedly given to her to insert into it for deliverance from childlessness by the Prophet, reportedly died this afternoon at the Lagos University Teaching Hospital (LUTH), Lagos.