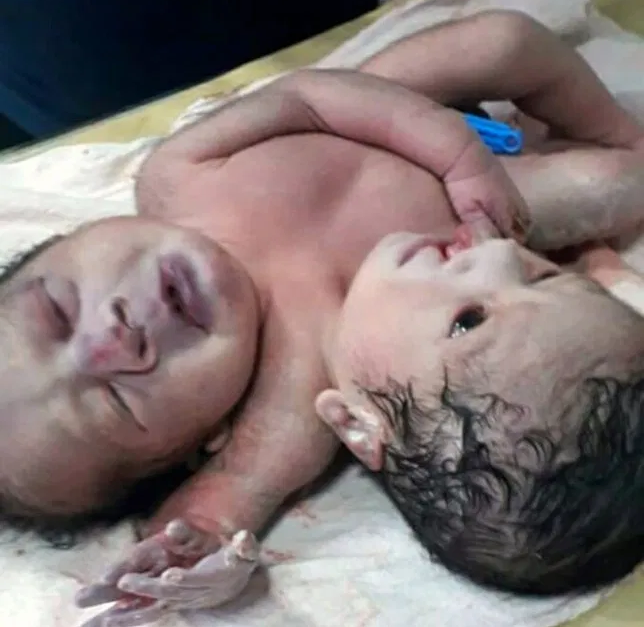 A woman in India has given birth to “rare conjoined twins” who have two heads, one body, and three arms.

Babita Ahirwar, 21, and husband Jaswant Singh, who got married less than two years ago, had been told they were expecting twins, but doctors realised something was wrong 34 weeks into the pregnancy. They were told that an ultrasound revealed the very rare form of conjoined twins.

Jaswant said: “My wife fainted after she saw the baby. We are shocked. It is unbelievable. Everyone is shocked to see them. We cannot believe our child has two heads. We were told after ultrasound that we are going to have twins. We were very happy to have two kids but it is one baby with two heads.

“I do not have money for an operation. As long as he is alive, I will love him and take care of him.”

The conjoined twins share internal organs and are now under round-the-clock observation.

Child specialist at their district hospital in India, Dr Surendra Sonkar said the baby would be moved to an advanced unit for further treatment.

She said: “They are a case of conjoined twins. We are taking care of baby and will take opinion of expert doctors in Bhopal and Delhi, who had earlier done the operation of such kids.