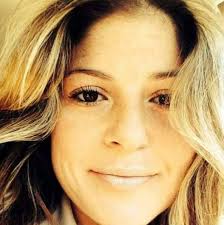 A New Jersey woman Heather Barbera has killed her mother and grandmother and leaving their lifeless bodies inside a blood-spattered, high-rise apartment while she used the women’s cash and credit cards to live it up in Atlantic City and New York City. The 42-year-old Barbera, reportedly confessed to the July 7 murders of her mother, 67-year-old Michelle Gordon, and grandmother, 81-year-old Elaine Rosen after she hit them with nightstick. “It was horrible; they were both on the floor.

There was blood all over. I was hoping they were alive, even though they were dead.” Barbera’s uncle, Richard Rosen, told the Philadelphia Inquirer. Authorities closed in on Barbera just days after the slayings, using the stolen credit cards to track her to midtown Manhattan, where they eventually spotted her at the Port Authority Bus Terminal, police sources said. Currently jailed at Rikers Island, Barbera is set to be extradited to New Jersey to be tried on murder and robbery charges.