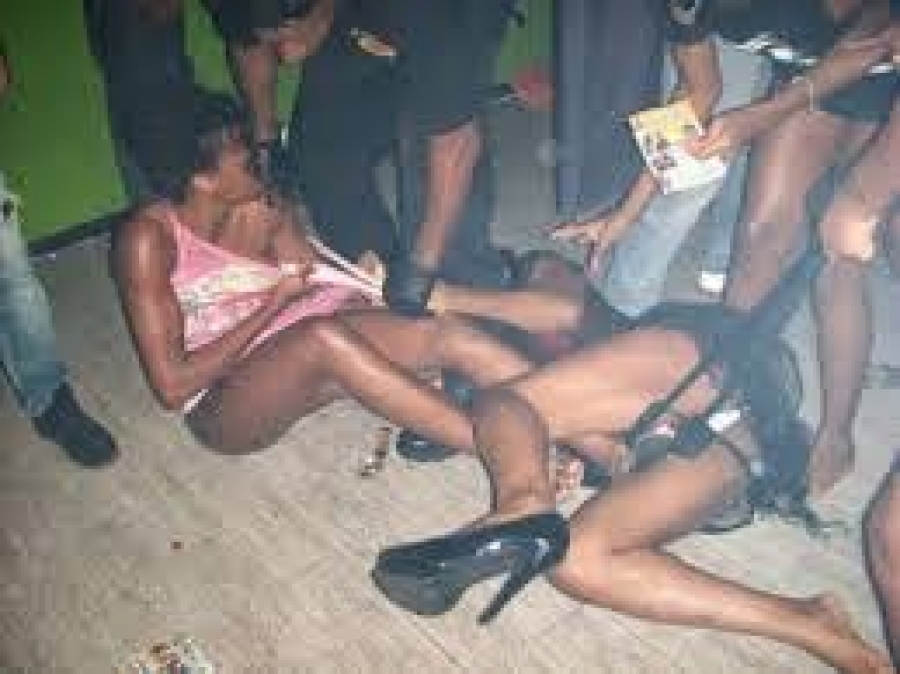 The police at Ikotun Division have arrested two women and detained them at the station while the third suspect escaped, for their unruly behaviour by publicly fighting over a man for sex in Lagos.

The incident happened at a popular joint at Governor’s Road by Landmog Bus Stop in Ikotun area of Lagos State. The suspects identified as Amaka, Chioma and Blessing were said to have engaged in a public brawl after a customer who came to drink at the joint indicated interested to take a woman home.

P.M.EXPRESS gathered that the three women indicated interest at the same time and were said to have scrambled for the man to the embarrassment of other customers at the joint. However, the scrambling turned to full blown fight and fracas after the man chose Blessing to the astonishment of Amaka and Chioma.

It was gathered that Chioma and Amaka protested and told the man that he cannot take Blessing because men had been sleeping with her for some days while the two of them have not had any sex for days and had not made any money for those days. They reportedly suggested that the man should agree to take the three of them at the same time since he could afford to take care of them.

The man agreed but Blessing rejected the idea and said she was not ready for such arrangement because she would deliver the services the man would want alone.The argument resulted in hot exchange words and degenerated later to a fight among the three women.

Some of the properties at the jointed were damaged during the fight. The manager of the joint then had to contact the police and the suspects were arrested and taken to the station. At the station, the suspects told the police that Blessing had taken the few customers that came to the joint to solicit for sex at their own detriment and she had refused sharing the only man that agreed to take three of them for the romp.

When P.M.EXPRESS visited Ikotun Police Division, the suspects were still detained there but the DPO was not around to comment on the matter. However, police sources said the suspects will be charged to court for their alleged conduct in the area. It was gathered that Blessing has been on the run after the fight, while the man in question abandoned them and settled for another woman.

Women fight publicly over man for sex in Lagos was last modified: September 24th, 2017 by Reporter

Why UK Celebrity Photographer, TEMIDAYO Is In...