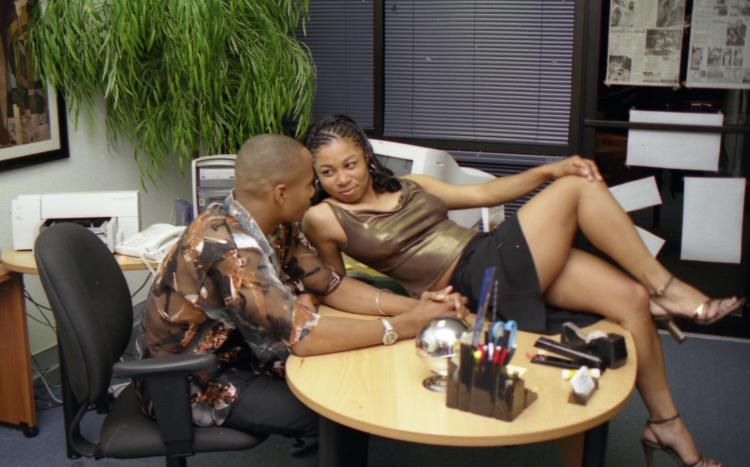 If you thought women are attracted by your wealth and your muscles, think again.

You may think you know exactly what women want in a guy, but it turns out men and women have directly opposing views about what makes a man attractive, according to a recent study. The difference in these views calls into question why men’s perceptions are so different to the reality of the situation, how tradition affects our outlook, and how our upbringing and society’s influence can dampen our self-confidence.

After two years of extensive research, men’s grooming company Axe has released a study that has revealed that nine out of 10 women find guys most attractive when they’re simply themselves.

Conversely, the Find Your Magic Rules of Attraction 2016 Global Study shows up how disjointed men’s general perception of what draws women to them is. The survey showed that twice as many men as women think that what women find most attractive in men is wealth, a sexy body and manliness.

Only 20% of women find “manly” guys more attractive. In fact, the least attractive qualities women listed for men to display was their wealth, muscular bodies and “manly pursuits”.

“I think the disconnect comes in how men are raised,” says Siya Beyile, founder and creative director of fashion website The Threaded Man. “Fathers play a role in shaping their sons’ identity and self-image. And traditionally, fathers teach their sons to be seen as the protectors, providers and leaders.”

A man who is comfortable in his own skin has a sense of humour and personal style is most desirable, according to the women surveyed.

Despite this, men still don’t fully manifest their individuality because they’re concerned about being labelled or judged for looking different – less than 20% of men strongly agree with the statement “I feel like an attractive guy”.

“Even though I always considered myself really confident, when I was younger people often mistook my confidence for arrogance,” says rapper and presenter Mthoko “Dash” Mkhathini. “This sometimes resulted in me trying to be more reserved for fear of public judgement.”

But Dash says it was only when he became more comfortable in his skin, unhampered by public opinion, did he embrace his magic and now feels more attractive than ever. It seems men don’t feel attractive being themselves, which affects their self-esteem.

Fathers play a role in shaping their sons’ identity and self-image.

“When I started accepting myself, being okay with sometimes being wrong, feeling it was okay to be outspoken and realising that I was actually a smart guy with a good sense of humour, I really felt attractive and confident,” he says.

Beyile says his confidence was shaken when he was younger.

“I had a squeaky voice, a bubbly personality, and I liked arts and culture rather than typical dude stuff. Even though I knew I had magic, I didn’t know what my magic was.”

Beyile says he felt more confident when he accepted himself, and now believes that when he feels attractive, others find him attractive too.

“Sometimes I wonder if the disconnect comes from the way we communicate versus how we truly feel,” Beyile says. “Sometimes women say they want an affectionate, sensitive guy but what they really want is a man who is financially stable, ambitious and protective.”

He believes that key is, to be honest about what it is that you really want.

Traditional advice on attraction has been leading us on a wild goose chase, one that steers us away from the possibility of confidence and a healthy self-image. In order to find your magic, the consensus seems to be that men need to embrace themselves fully for who they are and own it.

What Women Really Find Attractive In Men – Study was last modified: December 22nd, 2016 by Arinze Ago