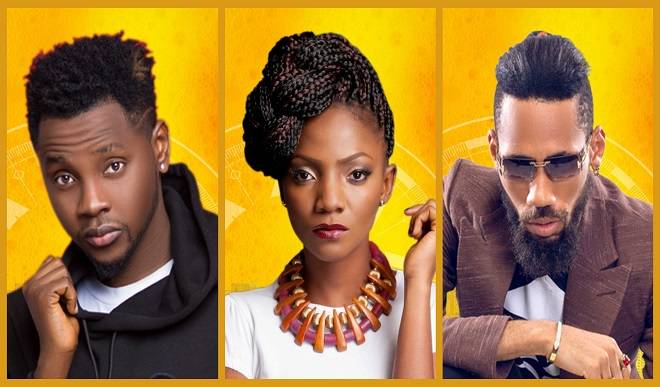 This was announced at a press briefing to unveil their World Friendship Day flagship event tagged “City of Friends” at the NB Plc headquarters in Lagos.

“We are thrilled to be hosting the City of Friends. This has been a core theme of our brand and we revel in bringing these friendship experiences to our customers across the country,” said Portfolio Manager, Emmanuel Agu.

He noted that other artistes including popular Fuji musician, Wasiu Alabi Pasuma, alongside Harrysongz would join the trio in the two cities.

“It was a painstaking and deliberate search. After careful consideration, Phyno, Simi, Kizz Daniel, Harrysongz, Fuji sensation, Wasiu Alabi Pasuma and Mc Galaxy, were selected for several reasons, chief among which are their popularity among young Nigerians, prominence, and the impact they’ve made in the Nigerian music industry in the last one year. They are hardworking and are known to be ambassadors of Friendship,” Agu added.

According to him, the City of Friends event is part of the activities marking the United Nations World Friendship Day. Aside music and dance, members of the public would be allowed to play games with their friends at the venues and also have the opportunity to win over 5,000 gift items, he noted.

The event is billed to hold at the Municipal Gardens in Calabar on Saturday and Sunday (July 28 & 29), while the Lagos event will hold at the Eagles’ Club in Surulere on August 3 – 4.

“We don’t just want to celebrate friends on billboards and magazines, but opted to create a city, an enclosed funfair, for friends where great memories can be shared,” Agu said.

The artistes are expected to thrill their teeming fans with songs from their latest albums at both cities.