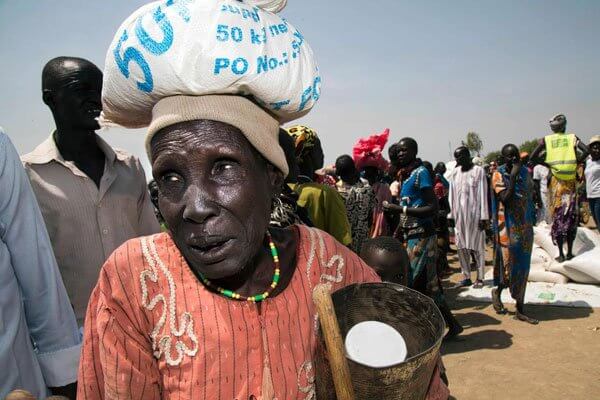 The number of hungry people in the world is rising again after years of decline, as millions suffer from the combined effects of conflict and climate change, the head of the U.N. food agency said on Monday.

“Preliminary data available for this year indicates that the number of undernourished people in the world has (started to) rise again,” said Jose Graziano da Silva, director-general of the U.N. Food and Agriculture Organization (FAO).

He didn’t provide an exact figure, saying final data would be available in September. “Unfortunately this is not good news,” Graziano da Silva added, speaking at the FAO’s biennial conference in Rome.

Graziano da Silva said this year’s setback in the fight against hunger hardly came as a surprise, with almost 20 million people facing starvation because of fighting and drought in South Sudan, Nigeria, Somalia, and Yemen.

A total of 19 countries are facing protracted crises, where conflict and violence are often combined with shocks such as drought or floods caused by global warming, he said.

“About 60 percent of the people suffering from hunger in the world live in areas affected by conflict and the impact of climate change,” he said.

Achieving zero hunger by 2030 is one of the U.N.’s Sustainable Development Goals adopted by member states in 2015.

World hunger on the rise again due to conflict and climate – UN was last modified: July 3rd, 2017 by Arinze Ago

Kenyan Lawyer Tries to Sue Israel and Italy for the Killing of Jesus Christ, Again