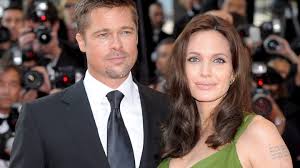 Estranged couple, Angelina Jolie and Brad Pitt reportedly met up twice this last week in order to sort out things regarding their children and their two-year-long divorce battle.

The couple were said to have met up a week ago and again on January 30 at an office in Los Angeles. The pair were also pictured by Who in the middle of a three-hour long meeting at a lawyer’s office in Beverly Hills.

‘They’ve had other meetings in person; this is not the first,’ a source told Us Weekly.  ‘This is part of their ongoing process to work through things regarding the kids and the divorce.’

Another source indicated the meetings were to ensure the process would head in a ‘more thoughtful and peaceful’ direction.

Angelina and Brad who were together for seven years before officially tying the knot in 2014 and splitting just two years later share sons Maddox, 17, Pax, 15, Knox, 10, and daughters Shiloh, 12, Vivienne, 10, and Zahara, 14.

While the pair are still sorting out the end of their marriage, they are planning to launch a new wine, Miraval in March.