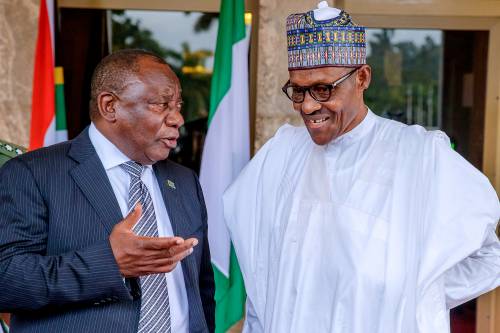 Nigerian President Muhammadu Buhari and his South African counterpart, Cyril Ramaphosa, have issued a joint communique on the former’s state visit to the latter and the inaugural session of the elevated BNC between South Africa and Nigeria in Pretoria.

How We Are Changing The Face Of BARIGA – BARIGA LCDA Boss, Hon. KOLADE ALABI